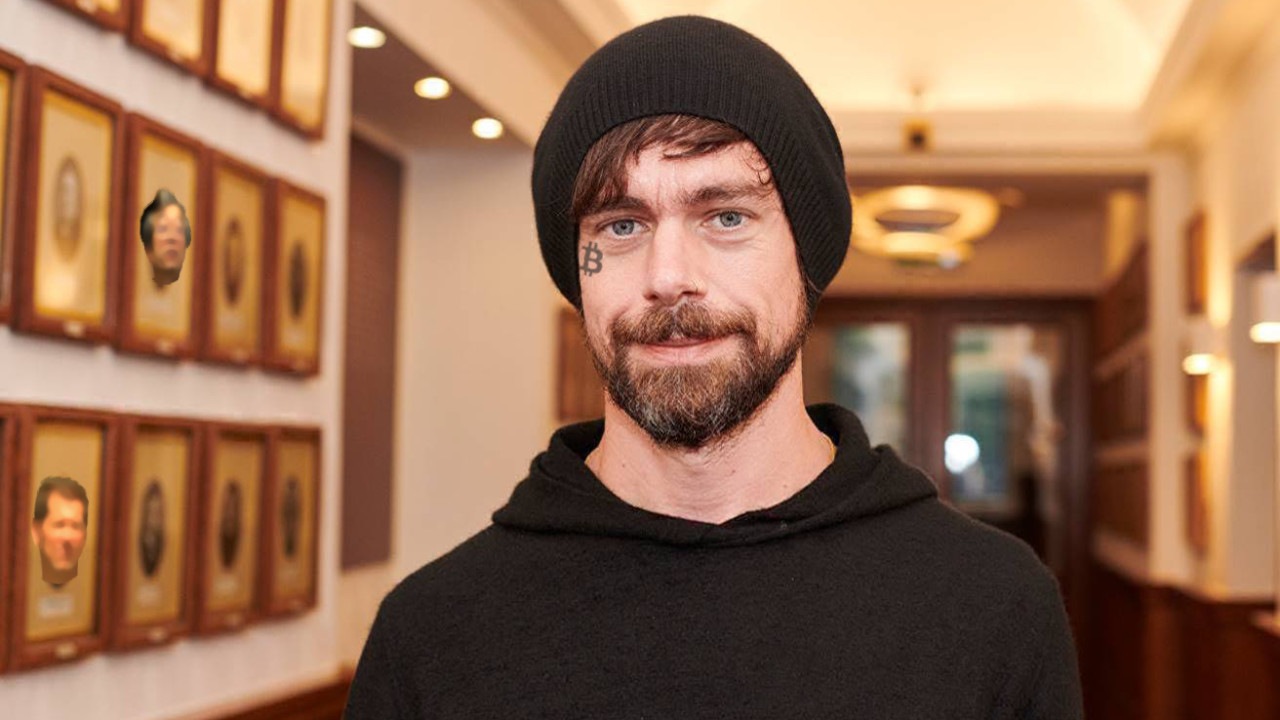 Square is a company best known for its disruptive card payment technology. Founded in 2009 by Twitter CEO Jack Dorsey, the company sells affordable mobile-based point-of-sale systems. But beyond the world of traditional fiat currencies, the firm is making cautious steps into the fast-paced world of cryptocurrency.

Back in March, Dorsey tweeted that Square was actively recruiting a modest team of cryptocurrency developers and designers to work on open-source contributions to the ecosystem. In the months that followed, Square’s kept quiet about its progress.

On Monday, I met with Jack Dorsey at Square’s chic Central London headquarters, situated on the bustling Tottenham Court Road. For thirty minutes, I grilled the enigmatic Twitter and Square founder about his progress in building a cryptocurrency A-Team, and his overall goals for this exciting nascent market.

My first question: Why? It’s a fair question, after all. Square’s bread-and-butter is products that service traditional fiat currencies. Cryptocurrencies, on the other hand, are overwhelmingly the preserve of a handful of early adopters and risk-tolerant investors.

Dorsey explained that the promise of cryptocurrencies (and, of course, blockchain) are inherently geared towards consumer empowerment, offering previously unprecedented levels of transparency and control. Crucially, he regards both technologies as a logical (and perhaps inevitable) step in the evolution of the online ecosystem.

“The Internet for a long time has wanted a native currency. There really hasn’t been a prospect until a few years ago, when the Bitcoin BTC white paper was released,” he told me.

Why is this important? According to Dorsey, a native currency for the Internet would permit it to operate free from the tethers of the traditional regulatory and legislative frameworks, which often encumber otherwise disruptive startups.

Citing the example of Square, he said: “Just from a business perspective, we don’t look like an Internet company today. An Internet company can launch something and it’s available around the world. Whereas with payments, you have to go to each market and pay attention to regulators. You need a partnership with a local bank. This is a very slow process in any new market. The Internet having a native currency will enable us to be more like an Internet company.”

“The one word that sums up everything we’ve been trying to do at Square is ‘access.’ And I don’t think there’s a greater technology out there that enables the kind of access we need at the individual level – that is borderless, that is not controlled by any one particular company, and that was born on the Internet, and continues to be developed on the Internet – than [cryptocurrency]”

Dorsey acknowledged that the cryptocurrency world is “very Wild West-like.” That’s a bit of an understatement. The inherently decentralized nature of crypto has allowed countless bad actors to profit at the expense of others. Just look at Bitconnect.

This isn’t a deal-breaker for Jack, who argued that the fundamental mathematics and mechanics of how cryptocurrencies work are “very sound,” suggesting he regards crypto’s teething problems as exactly that – teething problems.

Speaking to Dorsey, it became immediately obvious that he doesn’t simply aspire for Square to become a mere consumer of cryptocurrency tech. Rather he wants Square to play an active role in the development of the ecosystem. Creating a dedicated development team is a significant step towards realizing this goal.

So, let’s get to specifics. Initially, the company said it wanted to hire between three and four full-time developers, plus one designer. During our meeting, Dorsey said that Square had already hired the first developer, who will serve as a team-leader. He refrained from name-dropping him, but a couple of days after our conversation, the company announced it had recruited Steve Lee, who previously served as a director at Google.

Hey guys. Management again. Unfortunately, things didn't work out with Gary. However, we think we've found somebody who can live up to his commitment to decentralization. Please welcome Steve Lee, aka @moneyball, to the Square Crypto team.

Steve is an angel investor, startup advisor, and former Director at Google. He is also a volunteer PM helping to drive bitcoin adoption through open-source development, UX, and storytelling. Sound familiar?

It took time for Square to settle on Lee. “We’ve interviewed tens of candidates,” Dorsey said. “Bitcoin is interesting because a lot of the innovation isn’t being driven in the US. We wanted to make sure that we had a global mindset. We also had to create a structure.”

When Dorsey talks about structure, he’s not just talking about day-to-day operations. He’s concerned about ensuring the motivations of his team aren’t colored by the commercial interests of Square. It’s for that reason that employees on the team won’t be incentivized by Square stock.

That’s a surprise. Developers working for Silicon Valley tech companies are often compensated with stock options, allowing them to purchase shares below the market price, which they can then flip for a profit. Since Square’s IPO in 2015, its share price has grown from $12 to roughly $72 at the time of writing.

“If we gave them Square equity, they would be incentivized around Square things, versus paying them in Bitcoin, which would incentivize them to serve the Bitcoin community better. So, we’ve had to figure out how to do this in a scalable way. There’s been a lot of mechanics that we’ve needed to figure out,” he said.

When it comes to the compensation structure, Square has directly engaged with candidates, asking what they’d be most comfortable with. Dorsey explained that developers will be able to opt-in to get paid with Bitcoin, or a separate currency of their choice.

Alternatively, they will be able to choose traditional fiat currency. Cold, hard cash.

Not many companies reimburse open-source developers for working on broader community products that are separate from their core commercial interests. It’s exceedingly rare. The only example Dorsey could cite was Red Hat, which is a major vendor of Linux-based products and services, and is currently in the process of being acquired by IBM.

While Red Hat can compensate contributors with stock options, the existence of digital currencies gives Square a compelling – and crucially, impartial – alternative.

“We don’t want any jerks”

Lee’s got a heavy burden on his shoulders. Dorsey explained that he’ll be responsible for building the rest of the team, as well as establishing the direction of the project.

“We’re probably going to get five engineers and one designer. We went back and forth between each one of them working on whatever they want to work on, versus the whole team working on one thing. I think we’re going to go with the latter option, because we want to make some step changes to various aspects of the ecosystem, versus an iteration,” he said.

I asked Dorsey what step changes he had in mind.

“Currency efficiency,” he said. “Security is a big one. There’s still a number of big flaws within the Bitcoin community right now. Those are the most obvious ones, but there are a number of them.”

This team could also be tasked with working on “non-obvious” problems that, once solved, could significantly boost the adoption and utility of cryptocurrencies. Dorsey cited the example of code reviews — checking contributions in order to identify security and performance issues before they reach the intended user. He described this as “grungy, but meaningful.”

“One of the biggest issues in the Bitcoin community is there’s so many people trying to help, and there’s not a lot of people who actually do code reviews,” Dorsey explained.

“It’s work that engineers typically don’t want to do. This actually slows down development. If we put a team of five just to do code reviews, just to verify the correctness of code coming in, that would be a huge boost to the community. It would boost the velocity of the development.”

Once Lee’s created his team, it’ll be up to him to figure out what will make the highest impact to the community. But where does the designer fit in to this ambition?

“We see a significant opportunity in making [cryptocurrencies] more accessible, hence the designer. This designer will be tasked with doing educational tasks,” Dorsey said.

These will include making it easier for ordinary people to conceptualize using digital currencies like Bitcoin as an everyday tool for payment, as well as simplifying more technically complicated tasks, like starting nodes.

“There is a desire for more design within the cryptocurrency community. It just hasn’t been top-of-mind for anyone right now. If we want to make it mainstream, we need to focus on this,” he added.

The cryptocurrency ecosystem has tens of thousands of skilled engineers. Square’s looking for just a handful to staff its team. That’s a hugely challenging task. I asked Dorsey what he looked for in a candidate.

“We don’t want any jerks,” he laughed.  “There’s some negativity in the community, and we want to make sure that our people are good community stewards and pay attention to not just building code, but building community. That’s what makes this magical.”

Describing the Dr Jekyll and Mr Hyde nature of the cryptocurrency ecosystem, Dorsey added: “There’s a lot of trust within the community. There’s also a lot of folks who can be a bit too much. That’s a screen.”

Obviously, technical abilities are hugely important. If Square will make any meaningful impact, it’ll need to find some talented coders.

“We want to see significant open-source contributions to various projects. Bitcoin Core is a great example of that, but there’s others, too. People who have been building functionality to start their own node from their desktop computer, or make it easier to develop,” he said.

Speaking to Dorsey, it becomes apparent that this project is his baby. He’s unambiguously (and, dare I say, unabashedly) passionate about the disruptive potential of cryptocurrencies. It’s for that reason that Square’s nascent cryptocurrency development team will report directly to him, thereby circumventing the rest of the corporate hierarchy.

“The reason I want to do that is because I want to learn. This is important, and this is not a sub-team of some sub-team. This is at the top of the company,” he stressed.

“A lot of our engineers are really excited about this because they get to learn from people who are on the edge of technology. Hopefully we can create some venue for everyone to talk. But everything will be public, and open to the public,” Dorsey added.

When pressed about how this radical transparency will work in practice, Dorsey explained that it’ll operate like a traditional open-source project.

“Open source projects are inherently transparent,” he said. “That’s why I don’t want the company to have any impact on the work. To do this correctly, we need to ensure that this is done in an open source way.”