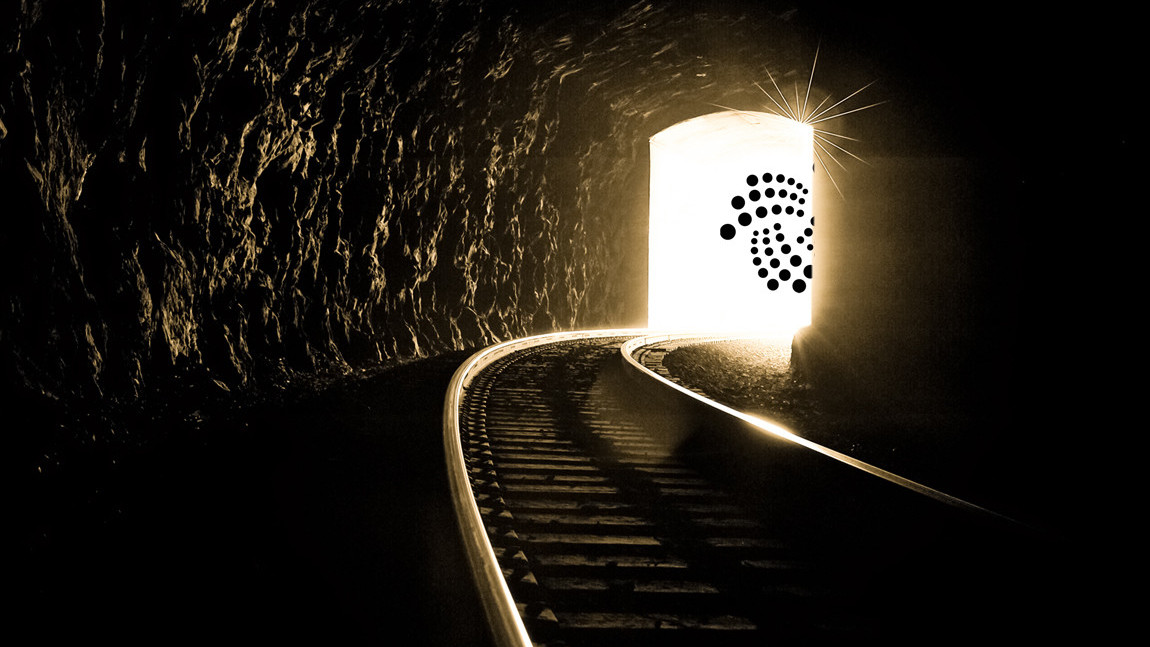 IOTA, a distributed ledger protocol for the Internet of Things, has released a new white paper detailing an upcoming software upgrade that promises to improve scalability and get rid of the network’s most centralized component – the Coordinator.

The plan, more commonly known as the Coordicide, will ensure the network remains stable and secure without the need for a central entity. While the IOTA research team is confident it has found a workaround, the timeline for implementing the solution remains unclear.

Among other things, the IOTA rep noted that community support could prove crucial in how quickly the solution gets deployed.

For those new to IOTA, the protocol has often come under fire for its use of the Coordinator, which many (including members of its own community) have argued represents a central point of failure in the network. Indeed, co-founder Dominik Schiener briefly touched on the shortcomings of the Coordinator in an interview at Hard Fork Decentralized in London last year.

The foundation first introduced the concept of the Coordicide in a series of blog posts last November. At the time, IOTA refrained from setting a firm deadline for the removal of the Coordinator. “The Coordinator can and will be removed when our research team is satisfied that we understand the coordinator-free [network] sufficiently,” it wrote.

Although the timeline is still vague, the foundation has outlined a plan of action for ditching the Coordinator. As expected, the first step will be running a series of tests to ensure the solution works as intended before rolling it out to the mainnet.

“Proposed ideas need to be simulated and tested in order to develop specific network components which we feel confident to deploy on the main network,” the new white paper reads. “We stress that some of the ideas presented here are works in progress and as such are not fully fleshed out. They are therefore likely to be modified as we make progress and perform simulations.”

The IOTA research team has also delineated four main challenges ahead of the Coordicide: node accountability, auto peering and node discovery (the process of connecting nodes in a safe and efficient manner), rate control (making sure the network doesn’t exceed its capacity), and consensus.

The IOTA team has been teasing its community with hints about the Coordicide since last week. The rumors reached a peak when yesterday the foundation dropped a short video, in which co-founder Seguei Popov hinted at a momentous breakthrough with regards to the phasing out of the Coordinator.

While many on its Discord and Reddit communities were brimming with enthusiasm about the possibility of finally removing the controversial centralized component, some supporters speculated the Coordicide implementation could drag on for a little while.

It seems they were at least partially right.

The blockchain industry’s struggles with scalability

IOTA is hardly the only distributed ledger that has dealt with scalability issues.

Indeed, co-founder Vitalik Buterin has long been alluding to the network’s upcoming migration to an alternative consensus mechanism (more commonly known as Proof-of-Stake), which will not only significantly increase its limited transaction throughput, but also reduce its energy consumption.

Despite such promises, Ethereum has grappled with moving the initiative past the research and testing stage – much like IOTA.

Earlier in May, Buterin said Ethereum has “already had all the research breakthroughs […] for a full implementation of [the new and improved version of its network]” for nearly a year now. This reassurance, however, was met with a big wave of skepticism from blockchain insiders.

It’s also worth pointing out that – despite solving its issues in theory – Ethereum‘s planned software upgrade hasn’t exactly been a smooth ride. Back in January, the network had to delay a software upgrade after researchers found a vulnerability in its code; more recently, analysts also cast doubt on the feasibility of the network’s new economic model.

With that in mind, it remains to be seen how IOTA‘s new white paper will be welcomed by the blockchain research community – especially when we factor in the foundation’s previous run-ins with researchers. In the meantime, those interested can peruse a PDF of the white paper here.

If there’s anything IOTA can learn from Ethereum‘s prolonged development difficulties, it’s that the hardest part of solving problems is turning research into functional code.