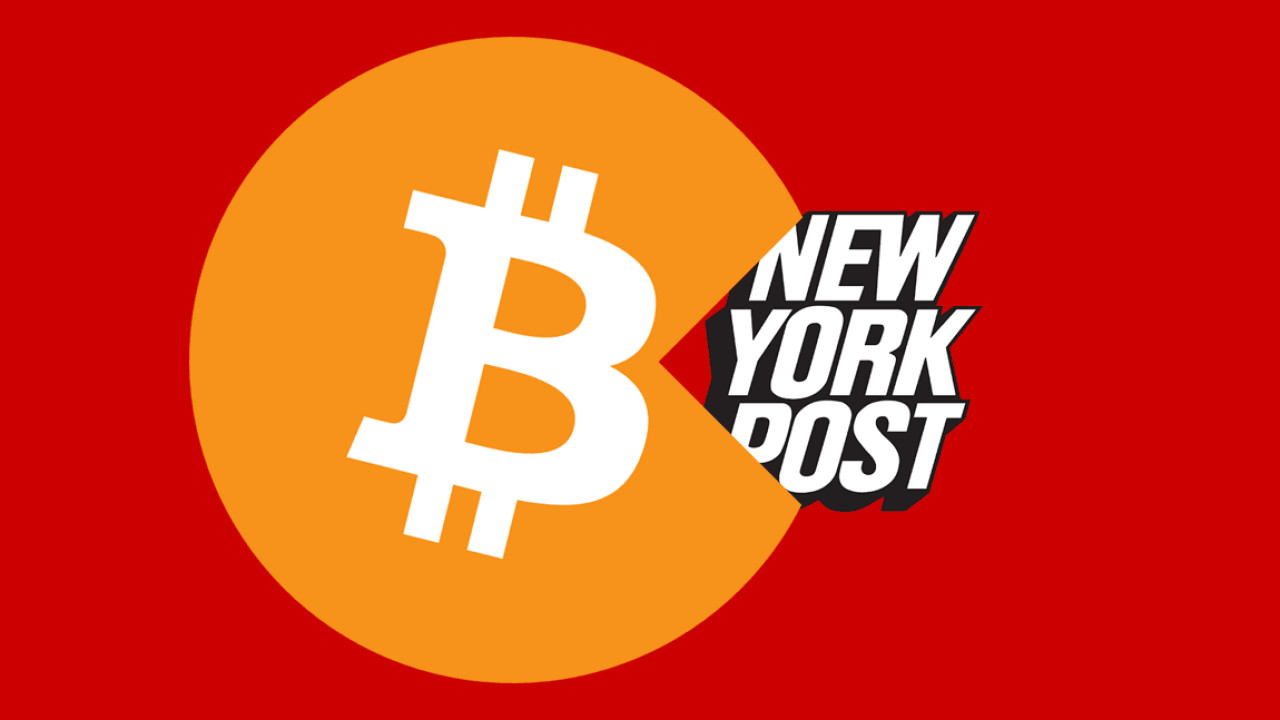 It’s that time of the year: NY Post’s in-house cryptocurrency pseudosopher John Crudele has published his annual diatribe against Bitcoin.

For those new to Crudele, he is sort of like your local know-it-all who camps on a beer crate in front of the liquor store from dawn till dusk, smugly spewing nonsense to everyone who has the misfortune to step in the vicinity of his imaginary pedestal. He’s also a columnist for the NY Post, where he routinely embarrasses himself with his airheaded musings on cryptocurrency.

Crudele has made a habit of voicing his belief (because, really, that’s all it is) that Bitcoin BTC is an elaborate scam which will soon be worth nothing.

Much like this year’s edition, the argumentative prowess of those bites of mental ineptitude usually spans between three to six lines of text, devoid of any logical reasoning whatsoever. Though really, by keeping things short, he’s at least showing mercy to NY Post readers, whose time he inevitably wastes.

“I wrote in my last column that [B]itcoin is really a [B]itcon,” Crudele complacently opens, as if he dropped some invaluable piece of insight. “I’ve been telling you this since the price of this ‘investment’ collapsed from around $20,000 to $4,000 last year.”

Of course, he then cops out of defending his rationale with arguments, and instead appeals to authority. “Mario Draghi, head of the European Central Bank, echoed a similar view last week but didn’t do it quite as colorfully.” For those out of the loop, Draghi recently expressed skepticism over Bitcoin and cryptocurrencies, comparing them to “highly risky” speculative assets.

This is when Crudele goes for the kill. “Bitcoin will soon be worth zero,” he writes. “But until then criminals will still be able to use it and other digital currency to move money around the world without being caught.”

To his credit, Crudele is not entirely wrong here. Indeed, criminals have often resorted to Bitcoin and other cryptocurrencies to perform illicit activities. They’ve also often been caught, because unlike bank deposits, most cryptocurrencies (with the exception of privacy-oriented ones) are fairly easy to trace – and governments already know this.

What Crudele conveniently eschews telling you is that – contrary to his claims – crime isn’t unique to Bitcoin. In fact, Deutsche Bank was caught facilitating a $20-billion Russian money laundering scheme. In a similar vein, the Estonian branch of Dankse Bank was busted moving $230 billion worth of dirty money from former Soviet states.

Care to guess what these banks used to pull these shenanigans? It was cash. But sure, let’s blame all crime on Bitcoin.

So why is NY Post wrong about Bitcoin? My former colleague Neer Varshney already answered this question last year in a piece where she dismantled each and every one of Crudele’s uninformed opinions on Bitcoin. You can read her response here.

In that piece, she also suggested some further reading so Crudele could at least familiarize himself with the currency he so passionately hates. Judging by his latest piece, he never even bothered to research Bitcoin before pronouncing its forthcoming death – just like he did last year, and like he probably will next year.