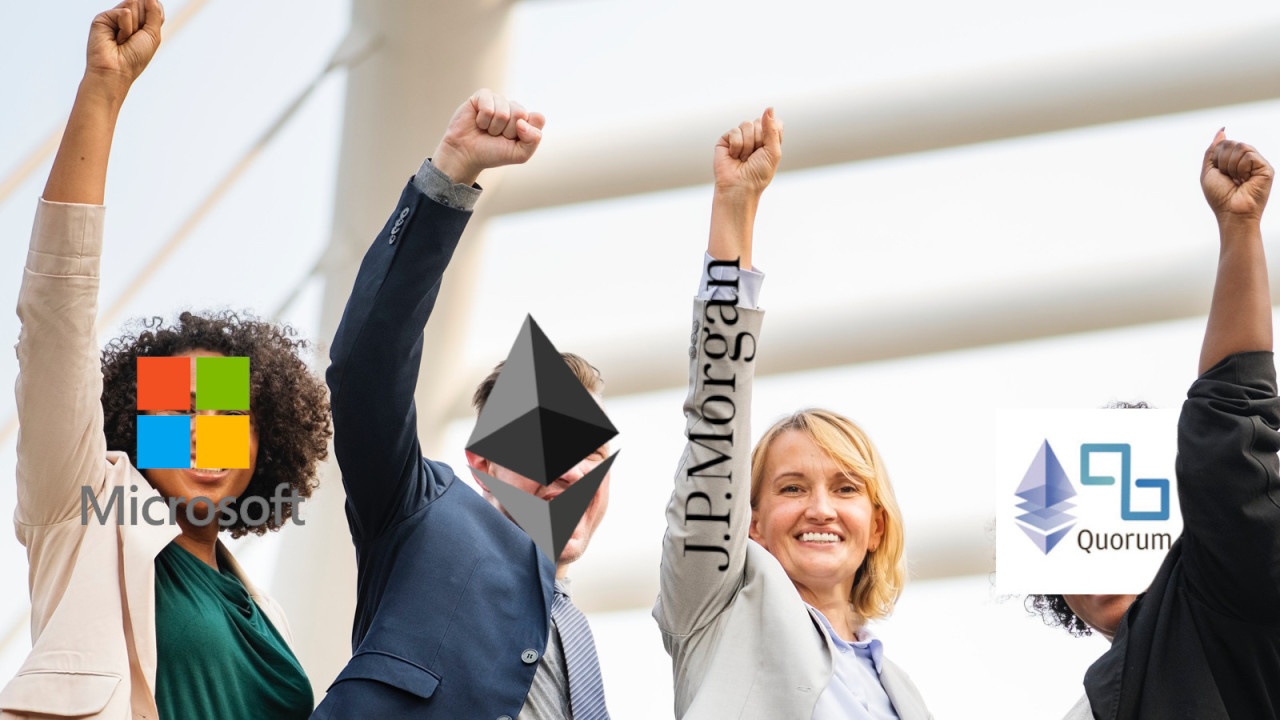 Microsoft and American bank JP Morgan are teaming up to make it easier to put enterprise businesses on the blockchain.

Yesterday, Microsoft announced, that it’s partnered with the American banking giant to try to spearhead the adoption of JPM’s enterprise variant of the Ethereum blockchain, Quorum.

The partnership will integrate the Quorum distributed ledger into Microsoft‘s Azure Blockchain platform. The firms claim it will help their customers build blockchain applications without having to worry about hardware, infrastructure, or scalability – sort of like Amazon‘s own enterprise blockchain solutions.

JP Morgan struck a chord in the cryptocurrency community earlier this year when it announced its own digital asset called JPM Coin.

Earlier this week, the Monetary Association of Singapore (MAS) announced that it had successfully completed an international, interbank transfer using blockchain-derived technology. Indeed, MAS’ distributed ledger – Project Jasper – is running on Quorum. It just so happens that JP Morgan also lent a hand in the project’s development.

Love it or hate it, JP Morgan seems to be standing by its mantra of “Bitcoin bad, blockchain good.”