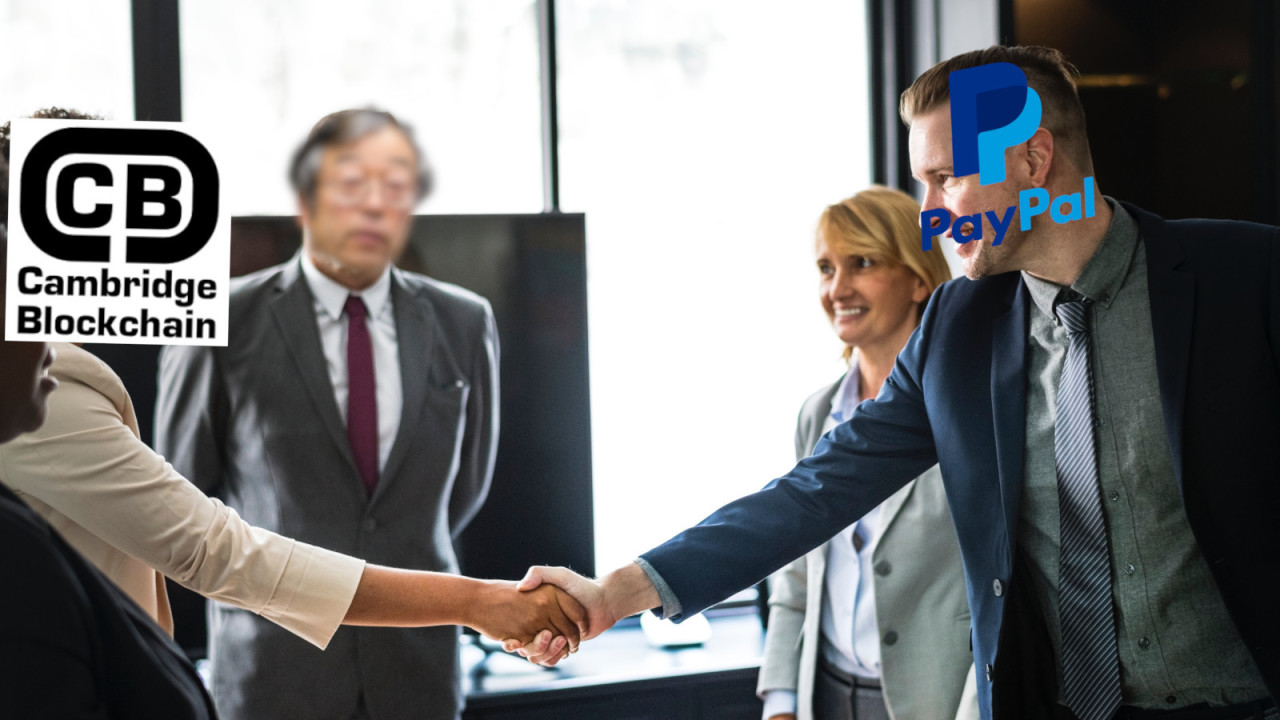 PayPal is getting in on the blockchain craze. The payments giant has invested in Cambridge Blockchain, a budding startup developing digital identity management software for financial institutions.

In an announcement on its website, Cambridge Blockchain said the investment will help the two companies explore potential collaborations powered by blockchain tech. The investment was part of a Series A funding round, which also included backing from Foxconn’s HCM Capital, Partech Partners, FuturePerfect Ventures and Digital Currency Group.

“We made an investment in Cambridge Blockchain because it is applying blockchain for digital identity in a way that we believe could benefit financial services companies including [ourselves],” a PayPal spokesperson told CoinDesk.

PayPal has invested an as yet undisclosed sum, Coindesk reports. Cambridge Blockchain initially closed its Series A funding round last May after raising $7 million.

However, according to documents filed with the Securities and Exchange Commission (SEC), the blockchain startup has raised a further $3.5 million from a number of other investors over the last nine months.

With Cambridge Blockchain having now raised $10.5 million to date, PayPal is by no means the majority investor.

While it might be PayPal‘s first investment into a blockchain startup, it’s certainly not the first time the payment services provider has got into the blockchain and cryptocurrency industries.

Back in March 2018, PayPal filed a patent for a “virtual currency transaction system,” designed to make digital currency payments faster. PayPal also claims to be one of the first companies to enable merchants to accept Bitcoin through partnerships with BitPay, GoCoin, and Coinbase.

Last year, the online payment system also partnered with Coinbase to bring instant PayPal withdrawals to all US customers.