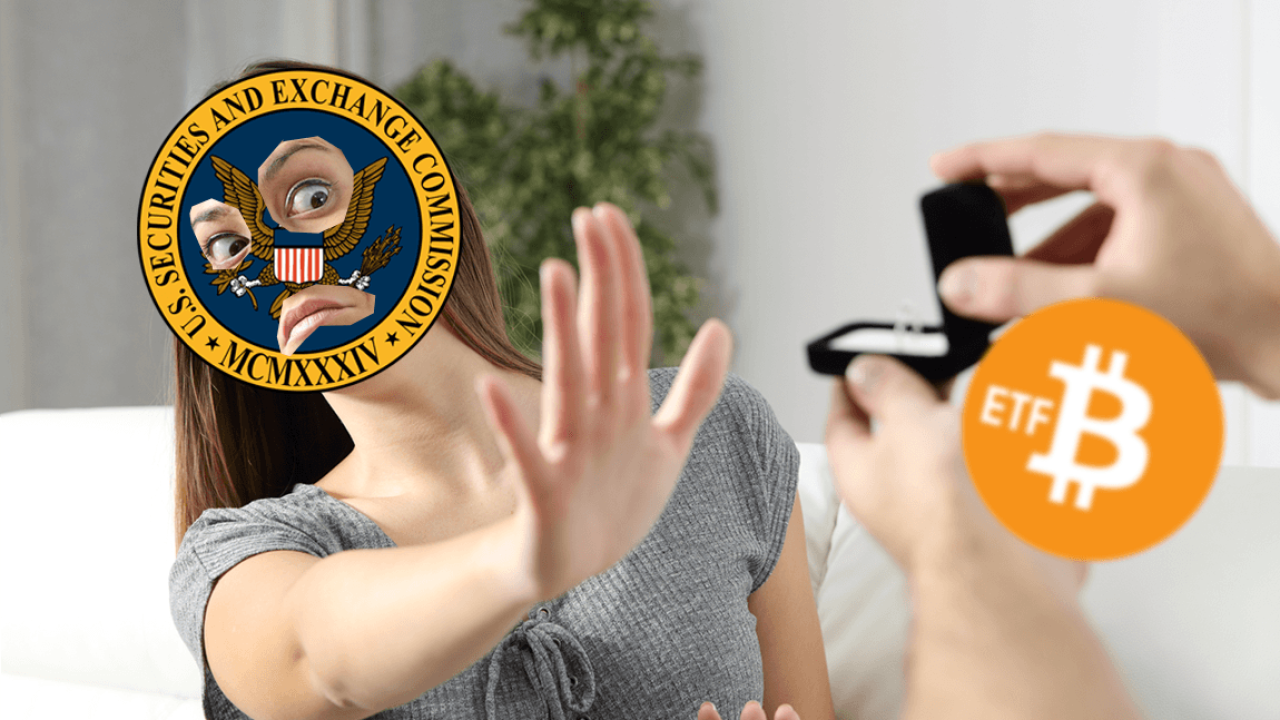 We’re going to have to take a step back and rethink the whole “Bitcoin exchange traded funds (ETFs) are coming” trope.

In February earlier this year, the Securities and Exchange Commission (SEC) put out a solicitation request opening the floor for the public to comment and provide their thoughts on the possibility of allowing a regulated and recognized Bitcoin BTC ETF. Since then, seven letters of comment have been made publicly available.

Most people that actually responded to the Securities and Exchange Commission‘s (SEC) request for public input into a Bitcoin ETF really aren’t too fond of the idea. All but one of the seven letters are vehemently against the idea that any form of Bitcoin ETF be approved.

One respondent, Sam Ahn, goes to great lengths to explore how Bitcoin has no intrinisic value. Stating that the “complicated mathematical equation” used in the mining process is not as complicated as Satoshi Nakamoto implied in their seminal white paper.

Most other respondents, while far more concise, follow a similar argument to Ahn. They claim that Bitcoin‘s inherent value is dubious and should not form part of a digital asset based ETF, such as the Van Eck or Bitwise tools.

While still strongly against the idea of a Bitcoin ETF, D. Barnwell asks the SEC to “watch and wait.” They say now is not the time for a Bitcoin ETF, but suggest there may be a financial future in which blockchain plays a pivotal role.

One member of the public did speak in favor of a Bitcoin ETF though, claiming that Bitcoin is fast, low-cost, resistant to manipulation and money laundering.

That said, there are cases of cryptocurrency-based money laundering. And Bitcoin transaction fees fluctuate as widely as the value of the coin itself. In January 2018, when Bitcoin‘s price was at its highest, fees were well over $30 per transaction.