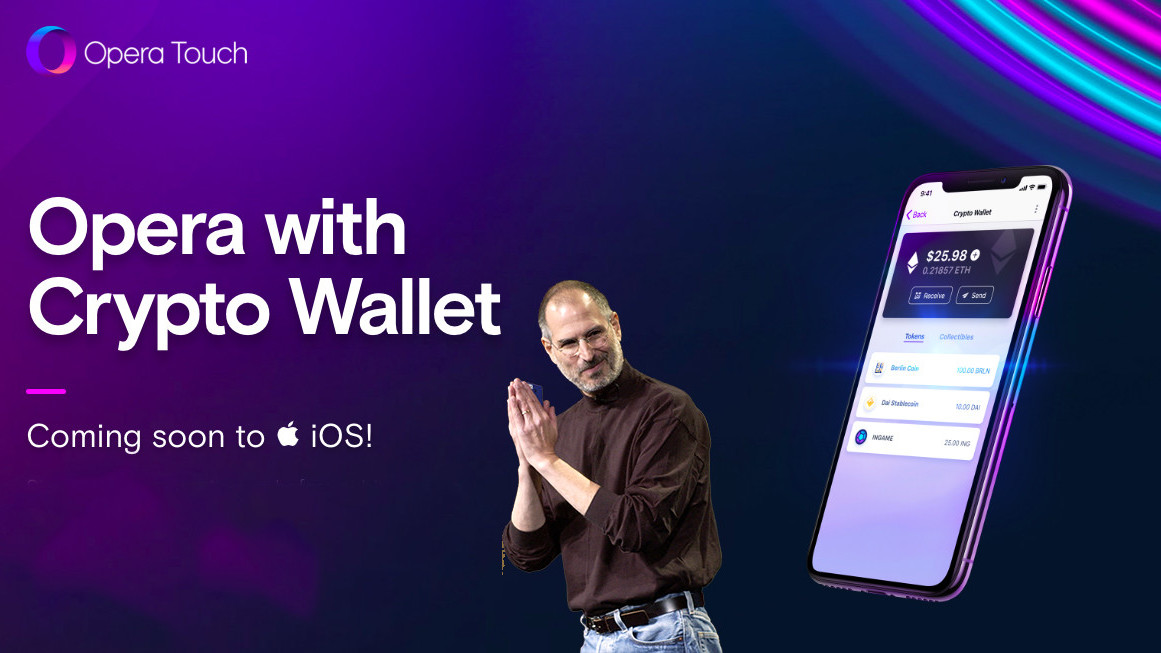 Shortly after launching on Android, Opera has announced plans to roll out its cryptocurrency-oriented browser to iOS. This means that you’ll soon be able to use the app on your iPhone and iPad devices.

The so-called Opera Touch will be specifically designed for surfing the decentralized web (more commonly known as Web 3.0) and interacting with apps on the Etheruem network. The launch timeline is not yet clear, but the company says you can already sign up for a chance to become an early tester.

Among other things, Opera Touch will come with a built-in cryptocurrency wallet, which lets you store and transact various ERC20 tokens, and other non-fungible Ethereum-based assets, like CryptoKitties.

“We are taking this step in response to popular demand from the Ethereum community,” Opera wrote in a press release.

In a move to stimulate growth in the sector, Opera recently partnered with HTC to release a tailored version of its browser for the company’s blockchain phone, the Exodus 1. Although the functionality is somewhat easy to use, it’s hardly the groundbreaking feature the crypto-community has been waiting for.

It remains to be seen if Opera‘s move to bring its crypto-browser to iOS can spearhead the mainstream adoption of cryptocurrencies and dapps, which are currently going through a rough patch, attracting hardly any activity.

In the meantime, you can sign up to become an early tester by clicking the link here.