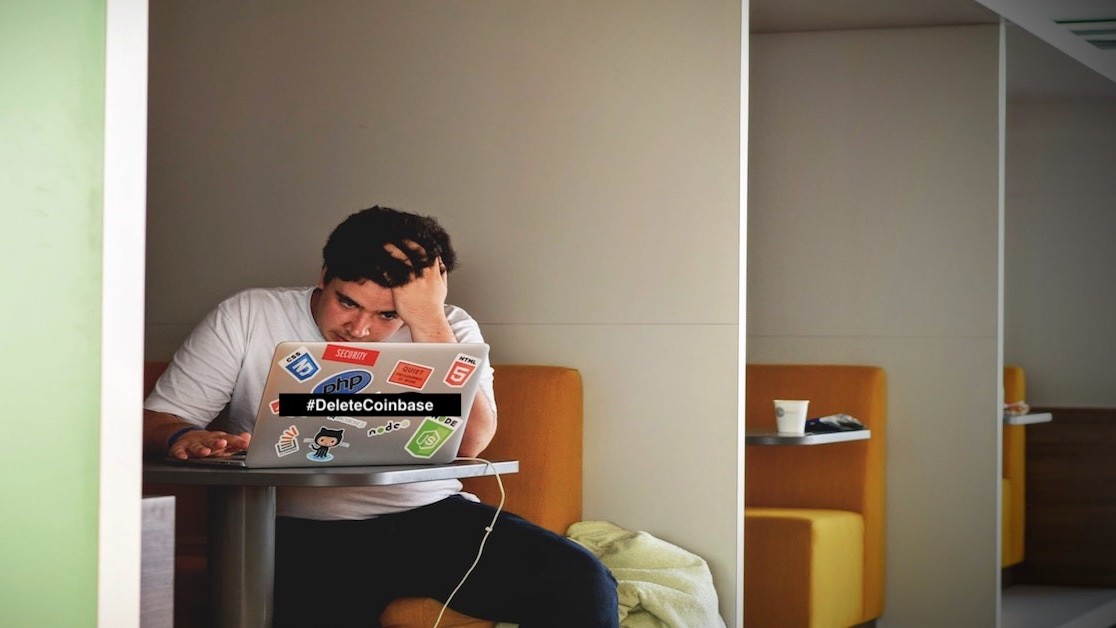 Users have taken to social media using the #DeleteCoinbase hashtag, encouraging others to delete their accounts, following a series of perceived mishaps by the US-based company.

It comes after Coinbase, founded by Brian Armstrong and Fred Ehrsam in June 2012, proudly announced the acquisition of Neutrino, an Italian startup that leveraged public blockchain data to trace cryptocurrency transactions.

Coinbase said the startup’s technology, which would help it track illicit activity, would help make cryptocurrency “safer and more accessible for people all over the world.”

Things took a twist when some prominent industry analysts, including Arjun Balaji commented on the fact that many of Neutrino’s team members were also the former leaders of Hacking Team, a specialized Italian vendor known for selling intrusion and surveillance capabilities to oppressive regimes across the globe. These were used to monitor journalists, political dissidents, and activists, including UAE human rights activist Ahmed Mansoor.

Although the acquisition of Neutrino seems to be the straw that broke the camel’s back, other recent events have seemingly angered Coinbase users.

At the beginning of February, many users were left confused after the VC-backed company made a host of product announcements, which included Bitcoin support for its wallet, which is different from Coinbase.com. The former is a standalone app that allows users to store their own cryptocurrency holdings safeguarded by a private key known only by the user. Coinbase.com, on the other hand, enables consumers to purchase cryptocurrencies but these are stored by Coinbase, along with the users’ private keys.

Soon after, Coinbase encouraged users to back up an encrypted version of their Coinbase Wallet private keys to their personal storage accounts, using either iCloud or Google Drive. But, it didn’t take long for many community members to point out this was a bad idea.

All in all, if recent social media activity is anything to go by, it’s been a seemingly difficult few weeks for Coinbase. However, it’s not actually known how many people have deactivated or deleted their accounts.

It’s also worth noting that this is not the first time that outraged users take to social media to instigate the deletion of an app following a scandal.

Facebook was embroiled in something similar as a result of the well-documented Cambridge Analytica data fiasco, which saw the #DeleteFacebook hashtag catch wind in the immediate aftermath.