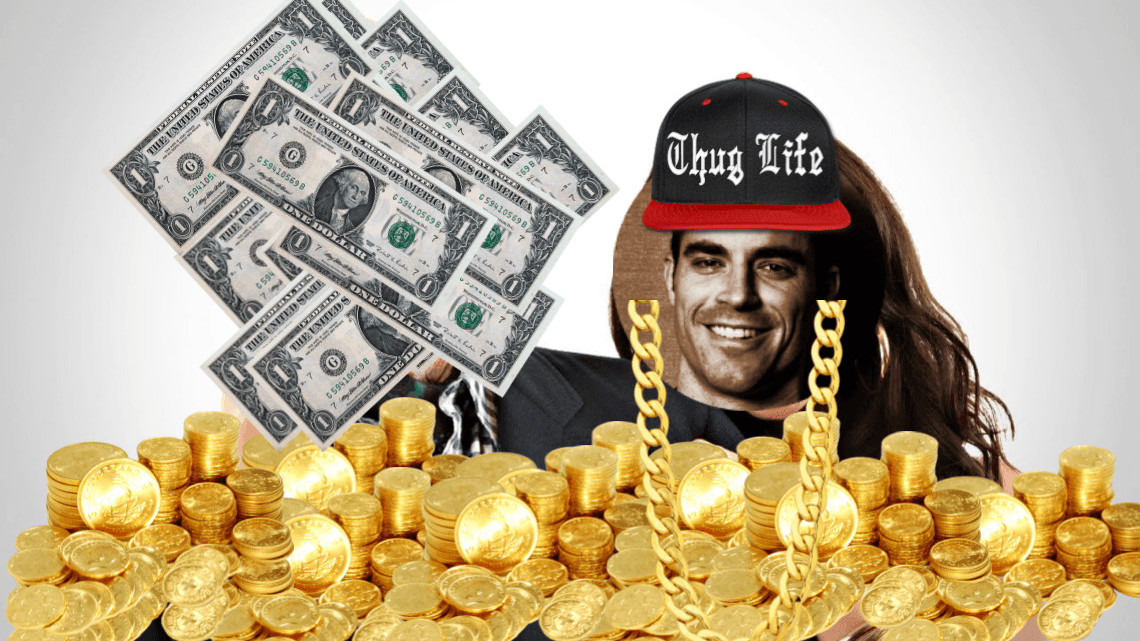 The controversial initial coin offerings (ICO) trend may have fallen out of fashion for most cryptocurrency influencers, but Bitcoin.com CEO Roger Ver isn’t one of them.

The Bitcoin BTC Cash proponent took to Twitter to confirm he’s taken up the role as an ‘official advisor’ to a blockchain startup called LivenPay on Monday. The startup is due to begin their ICO later this week, seeking to raise $28 million.

“I’m honored to help drive mass adoption of cryptocurrencies in Australia by teaming up with LivenPay as an official advisor,” Ver said in a tweet. “What will their top 10 Android app with 400,000 registered users and 20,000 venues do next? Stay tuned!” 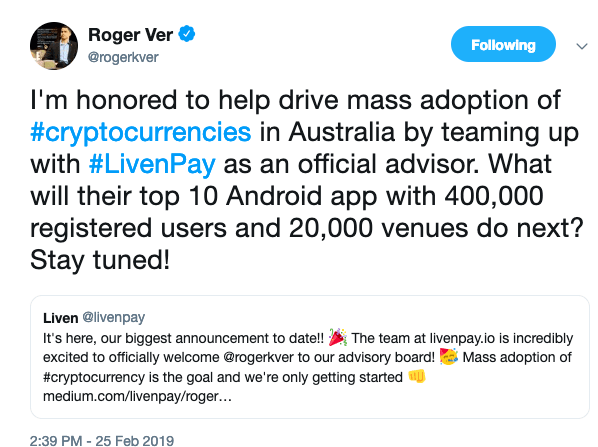 It isn’t just Ver who showed such excitement about his new commitment. LivenPay called it their ‘biggest announcement to date.’ The startup showered Ver with compliments, calling him a “cryptocurrency legend” and “first investor in Bitcoin startups.”

Unfortunately, this enthusiasm didn’t carry to either of their twitter audience, as they drew severe criticism on the social media platform.

So Roger you’re still endorsing/advising scammy ICOs? What is this? 2017?

Albeit harsh, the skepticism following this announcement is not unwarranted.

For the uninitiated, ICOs are a means for cryptocurrency startups to raise funds for their projects. The companies sell a portion of their new cryptocurrency on a discount to buyers. Investors make the purchase with the expectation that the price of these assets will later go up when the associated projects are live and have active users.

At the time of raising ICOs, these companies rarely ever have a working prototype, making the investments extremely risky. As an icing on top, many of these startups actually turn out to be scams.

According to a study conducted by advisory firm Satis Group, almost 80 percent of all ICOs raised in 2017 were scams. In such a situation, it’s not too much to expect an influencer to do their due diligence before endorsing an ICO. But that hasn’t been a case so far.

Many blockchain startups that pulled exit scams were in fact endorsed by prominent celebrities. Ver hasn’t shown to be any better.

Ver-backed startup Qtum was puddled in controversies when it was discovered that its project lead Patrick Dai was involved in a scam project a few years earlier, under the disguise of a fake name.

As far as LivenPay’s ICO goes, the company claims it has already raised $10 million in seed funding. Some would argue this is more than enough to build a kickass product, but it seems the company thinks otherwise. So why does LivenPay need $28 million more to do that? Who knows. But history has shown that more money doesn’t necessarily lead to better results.

For his part, Ver has routinely found his name embroiled in controversy. For years, his website Bitcoin.com listed Bitcoin Cash (BCH) as the real Bitcoin (BTC) – a questionable maneuver many criticized him for. In May last year, Ver was also accused of attempting to crowd-bribe a public officer using BCH.

Yet it seems that even after all those mishaps, Ver still hasn’t learned his lesson. Hopefully investors have learned theirs though. As the US Securities and Exchange Commission says: don’t trust celebs, do your own research. 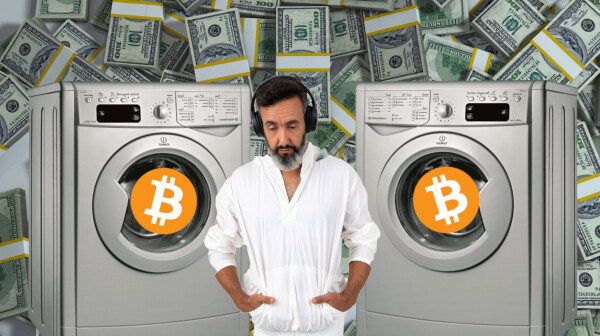