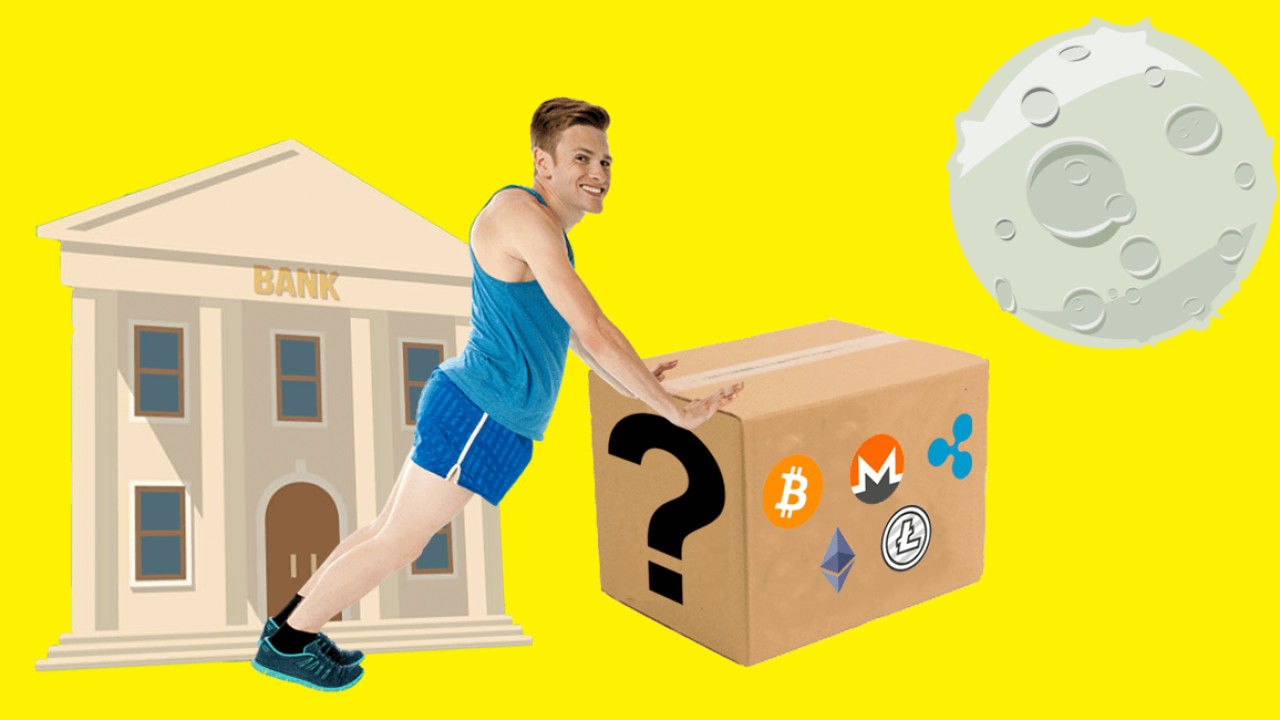 It seems HODLing can only get you this far – especially if you opt to invest in cryptocurrencies at random.

A year ago, I hopped on one of the many fleeting trends fueled by the blockchain bubble: cryptocurrency mystery boxes. Twelve months later though, my mystery box, which was initially worth $50, is now valued at less than $3 bucks – a staggering 90-percent drop in price.

So how did we end up here? Let’s get into it.

The concept of cryptocurrency mystery boxes first cropped up at the height of the blockchain bubble in late 2017 and early 2018. The idea was to give newbies an easy way of investing in cryptocurrencies without any of the hassles associated with virtual coins, like registering on exchange desks, setting up a wallet, and doing your own research.

To avoid these (pretty essential) extra steps, users would pay a slight premium to receive a USB stick loaded with a random selection of cryptocurrencies. Customers could choose among different mystery box tiers, ranging from $50 to $500 (and sometimes even higher). And indeed, tons of mystery box vendors provided similar products.

To keep things transparent, it’s worth noting that CBlocks was courteous enough to send me a $100-tier mystery box (loaded with $50 worth of cryptocurrency) free of charge.

(It appears CBlocks has since discontinued its mystery box offerings and pivoted towards a new app aimed at making donations to Latin American countries. We can’t vouch for the new service, but be aware that the blockchain space is rife with scams.)

Then I left the mystery box to gather dust in a pile of gadgets for six months, before I eventually gave a little update about its value in July 2018. For the record, its value had dipped to a measly $13.70 at the time, but you can read more about this here.

Now six months later, its price has dropped even further to an abysmal $2.90. Check it out:

Let’s break down the losses recorded by each coin:

As you can see, all coins in my mystery box portfolio have suffered 90-percent-plus dips since January last year. Of course, that won’t come as a surprise to anyone following the cryptocurrency space closely – especially considering it’s been going through its longest bear market ever.

While it seems the massive slump in cryptocurrency prices mostly killed the mystery box mania, some leading exchange services like Coinbase, Abra, and Goldman Sachs-backed Circle made an attempt to resurrect the trend in the latter half of 2018 – perhaps in an effort to fight off increasingly dwindling revenues.

But from the looks of it, none of these cryptocurrency bundle offerings did particularly well. Indeed, cryptocurrency insiders unleashed a series of merciless ridicule aimed at the performance of the Coinbase Bundle service, which marked an 80-percent descent in price year-over-year.

And while market analysts continue to predict the end of the bear market, you’re probably better off sticking to your hard-earned cash – or suffer the consequences of the bandwagon effect yet again.

Mystery boxes were never destined to make you rich.