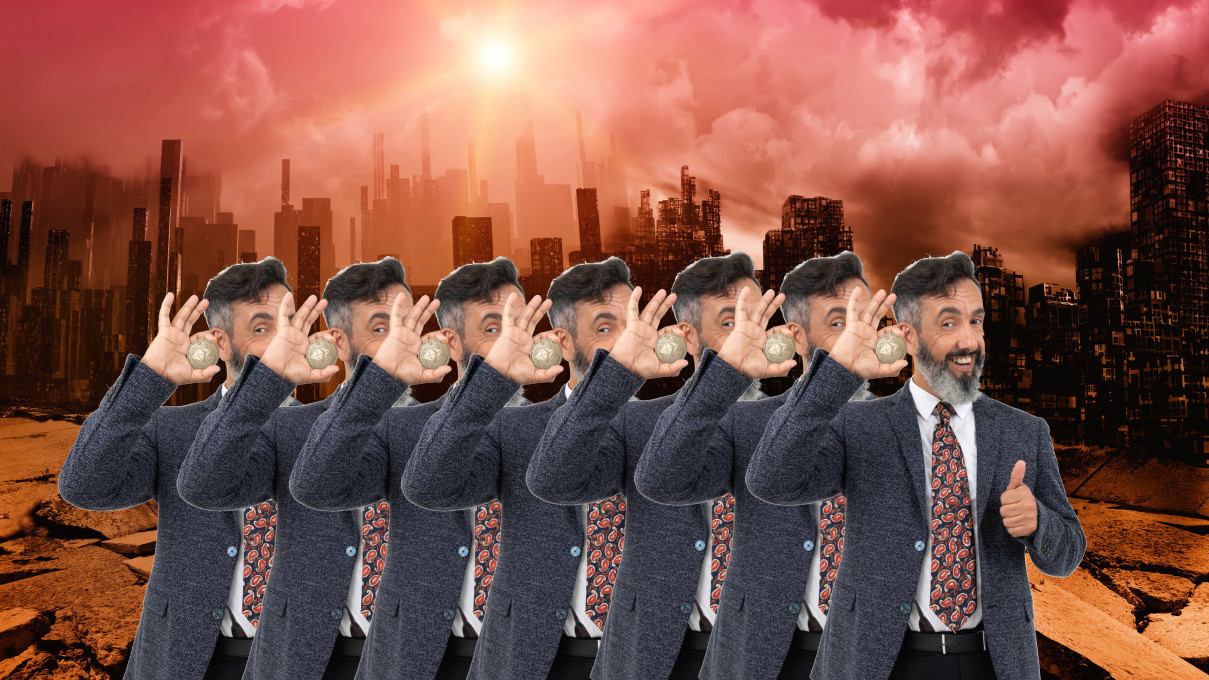 From the dramatic price plunge of Bitcoin BTC and other digital assets to the regulatory crackdown on initial coin offerings (ICOs) and the continued trail of crypto-exchange hacks, the cryptocurrency industry put behind a very turbulent year.

But does it mean that Bitcoin is ready for a period of calm and recovery, or is it headed for rougher times? We asked cryptocurrency experts on what they think Bitcoin’s highlights will be in 2019. As it happens, like many other things in crypto-land, predictions are very difficult, and there’s little agreement on what Bitcoin will look like in the year ahead.

The Lightning Network will dominate the conversation surrounding Bitcoin in 2019. It promises greater utility for Bitcoin as not only a settlement layer but also a means of exchange. However, as the network’s size and capacity grow, I fully expect users to run into usability issues due to uneven capacity and nascent decentralized routing technologies.

These issues, being ideological in nature, have the potential to create another Segwit-level disagreement if not handled proactively. I plan to watch this story closely as the community doggedly explores scaling solutions.

2019 will be Bitcoin’s year of building

Regarding Bitcoin’s price, I think we are at the bottom here. There are too many big players getting involved and too little BTC available for large purchases without pushing the price up. 2019 is definitely a building year to support the next big wave. I think we have one more big wave of adoption on the hockey stick before it levels out for a gradual rise.

I don’t see any major protocol-level updates coming to Bitcoin anytime soon such as mining algorithm changes or major protocol upgrades. The ecosystem is too big and at this point, it’s impossible to get everyone to agree on any major changes without the emergence or split into a new coin like what we saw with Bitcoin Cash.

I also see this leading to a reduction in BTC market share over time. Until then secondary layers like Lighting Network, Open Assets, etc. will fill in the gap.

Bitcoin will return to its origins in 2019

The one-year view for Bitcoin remains bearish. Scaling technologies like Lightning are still very early, ecosystem players are still top-heavy after the 2018 boom, and the bulk of regulatory enforcement action — most of it in the US — lies ahead of the ecosystem rather than behind it.

The most interesting use case for Bitcoin remains, as ever, a censorship-proof payment method to circumvent both government oppression such as in Venezuela, and corporate de-platforming, as with Patreon and efforts similar to Operation Choke Point. I expect real, meaningful Bitcoin adoption to increase in response to the needs of those sorts of users.

Forking will continue as the market matures

Bitcoin will likely stabilize throughout 2019. People will still view Bitcoin as store of value. As more people will try to do blockchain-based applications, the infighting and forking with Bitcoin Cash will hinder things until one basically emerges above the other.

We need to see faith come back in the market and people need to start believing in the technology. Only then will the currency that backs up this technology be adopted by the mass. Once that happens there will be an insurgence. It’s our responsibility to step forward and ensure we are at the forefront of innovation, breaking barriers with our technology and our services within the industry.

After an ultra-turbulent 2018, Bitcoin and other cryptocurrencies will be really put to test in 2019. Currently, the BTC price is slowly dwindling down because, simply put, nothing at all has taken place over the last 12 months to change its overall negative sentiment. The reason it is not crashing down harder is because investors and speculators, who are already holding significant amounts, are artificially keeping it alive.

I believe that at a certain point in time, with lack of positive headlines, these investors and speculators will lose their patience and start mitigating their losses by dumping it. Then we’ll see a real landslide towards Bitcoin‘s realistic price for what it is — a noble concept that has yet to prove its role in modern economy.

Another price hike on the horizon?

As an asset class, cryptocurrency, BTC included, is still tiny when compared even to the market cap of many leading bluechip stocks. BTC itself is still not widely distributed, with very high levels of capital concentration among a handful of wallets.

Because of this, the price of BTC is very easily manipulated, making it difficult to predict what the future price will be. I’m of the mind that we will see another rapid increase in the price of bitcoin over the next 18 months, but how sustainable that growth will be is dependent primarily on what happens in terms of adoption.

The groundwork has been set in terms regulation, and governments will be better equipped to handle another frenzy in that event. Mainstream adoption and growth of the asset class will be initially driven by institutional investment, hopefully leading to greater education and understanding of the implications of digital assets.

The Bitcoin train has left the station

Whether technologically, politically, socially or in popular culture, I believe Bitcoin will continue to grow at a rapid pace around the world. The train has left the station — it’s whether you get on or get left behind at this point. The price action is a surface level indicator of what is happening with the development of this revolutionary technology. Bitcoin is an idea whose time has come, 2019 is still only the beginning of its benefits and concepts entering the public consciousness.

Geopolitical tensions will be Bitcoin’s opportunity

Probably in 2019 the focus will be on currencies — Bitcoin, Litecoin, some of those — because we have quite a bit of geopolitical tension in the world. We are starting to see some global macro players use Bitcoin as an alternative to their gold position, or as a way to hedge against fiat currency fluctuations and volatility.

Now that you have actionable information on the future of Bitcoin, it’s time to start investing. With eToro, a leading social trading platform, you can trade manually or copy the actions taken by leading traders, taking much of the stress and work out of your investments.