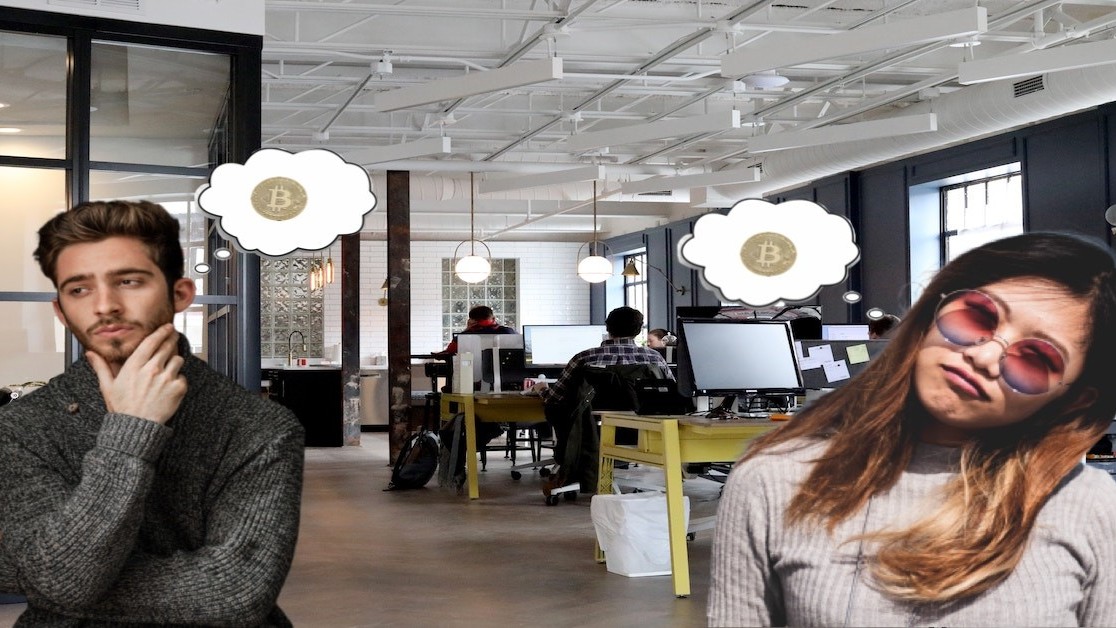 Fervent blockchain supporters claim the technology has the potential to transform the world we live in – and venture capital investors (VCs) are paying attention.

With hefty funds to deploy, and returns to make for their limited partners, it’s common knowledge that VCs are always looking for the next big thing.

A huge part of their job entails evaluating nascent technologies to separate innovative companies doing revolutionary work from more derivative projects – and blockchain is no exception.

In fact, research released last year showed that the number of VC blockchain deals doubled in the 12 months up to October 2018, by which time investors had already poured $3.9 billion into companies across the globe.

According to Pitchbook data shared with Hard Fork, venture capital investment in the US cryptocurrency and blockchain space has been steadily increasing year on year – going from a mere €14.43 million in 2013 to €723.13 million last year. The number of funds closed has increased, too (17 in 2013 and 106 in 2018).

Back in 2017, a TNW contributor argued that Initial Coin Offerings (ICOs) would render traditional VCs a thing of the past, but a different story has played out all-together.

At Hard Fork, we want to know what piques investors‘ interest, what drives them to back certain companies, what they’re uninspired by, and why.

With this in mind, we reached out to notable figures to find out what’s driving investment in the space.

Octopus Ventures Zihao Xu’s first encounter with Bitcoin took place when a friend emailed him the cryptocurrency‘s whitepaper in 2012. At that time, a coin’s price oscillated between $5 and $13 throughout the year.

“I found it really intriguing as I’d been interested in the idea of denationalized money since my university days,” Xu told Hard Fork.

Xu believes those interested in Bitcoin‘s underlying blockchain technology before the asset price took off fall into three categories. First, the tech enthusiasts who were interested in the code element. Then, those in finance who figured out they could trade Bitcoin and potentially make money. Finally, the libertarians who saw the potential of censorship-resistance, decentralization, and a free market for money.

Initially, Xu fell into the latter camp, but fast forward seven years and his vision for blockchain technology has altered significantly.

I no longer think blockchains are the most elegant or suited type of database. In fact, the idea of using a blockchain to distribute a database is probably the most crude one conceptually – giving every node a full copy of the entire database is old-fashioned.

He’s trying to avoid companies that use blockchain for the sake of it, or because it’s a buzzword that’s likely to entice investors.

“We look for companies or projects building something with the core value that comes from a set of functions native to [decentralized ledger technology] (DLT), and cannot be attained in the absence of DLT.”

“Right now, only a small handful of projects fits this criterion, but cryptocurrency functionality is improving and expanding all the time,” he added.

He became so enamored with the technology that he set up Outlier Ventures – credited with being Europe’s first dedicated blockchain VC and venture platform – in 2014.

At the time, Bitcoin hovered around the $300-$400 mark and there seemed to be little, or no, interest outside of the academic and developer community.

But things changed quickly. A year later, in the Summer of 2015, Ethereum – the brainchild of Vitalik Buterin, Gavin Wood, and Joseph Lubin – burst on the scene.

“When Ethereum came along and introduced their vision for a virtual machine as well as the way they financed the project through what was only the second ICO at the time, it became clear this promised to be as transformational as The Web was in the 1990s and [it] was something we had to be part of,” Burke told Hard Fork over email.

It was then that academics’ and developers’ interest in the technology started to transcend into the commercial arena, with Microsoft sponsoring Ethereum’s DevCon One conference that same year.

Burke says he’s been bullish about the underlying potential of decentralized ledgers from the very beginning.

What’s been surprising to me is how quickly startups in this space have rushed to codify assumptions into their design decisions before testing and validating them. Equally, I have started to realize just how much cultural baggage ‘crypto’ owes to the field of cybernetics, the new communalism of the 60s, and its merging with the libertarian right of the 90s.

Burke thinks the current cryptocurrency winter, which has resulted in some companies making significant layoffs, will be hugely positive for the space in the long-run.

The perceived scarcity of funds in the blockchain and cryptocurrency space, Burke believes, will force founders to concentrate on what really matters: building usable products to solve real-world problems, and in turn, achieve adoption. It’s basically the survival of the fittest.

“We speak to over 100 inbound projects a month and have met over 1500 blockchain startups since our founding. Many don’t go beyond the first round of due diligence because they have no experience or understanding of the industries they want to touch or are too dogmatic,” Burke noted.

He believes the real value will be found where, and when, blockchain helps enable other technologies such as artificial intelligence, internet-of-things, as well as augmented and virtual realities.

It will be then that blockchain will serve as a viable solution to store the increasing abundance of data required to power advancements in these fields.

“We definitely don’t look at blockchain and cryptocurrency in isolation,” he explained.

Staying close to the problem

Burke is not the only investor to think that blockchain technology’s success – and therefore its potential viability as an investment – will rely on its convergence with other technologies.

Lee discovered Bitcoin in 2014. Three years later he began to look at blockchain technology as a solution to a problem he’d encountered with AI training.

“During the great bull run of 2017, the euphoria was incredible. Hundreds of teams kept popping up with whitepapers with amazing visions. As an engineer, I was quite skeptical on the ability of all these teams to deliver on their promises of 1 million transactions per second. As an investor, well, it didn’t matter because we started seeing parabolic gains on our investments.”

A year later, everything changed. The bear market of 2018 brought everyone back to reality. Token prices crashed, leading to projects and companies running out of cash, with many ceasing operations completely.

“Many thought cryptocurrency was dead, but not me. As an engineer, I saw real technology being built by incredibly talented people. All the scammers and speculators have mostly disappeared. All the noise is gone. We now have left only the strongest teams. These are the ones that will survive,” he said.

Lee wants founders who are “super close” to the problem they’re solving and understand that to be a sustainable blockchain company, you have to have a path to revenue.

“The ability to self reflect is also valuable. Many companies got caught up in the ICO hype and now they have to clean up the mess,” Lee added.

Will Orde, a technology investor at Oxford Capital, discovered cryptocurrencies in 2015, when Bitcoin‘s value moved between $200 and $500. Two years later, in 2017, Oxford Capital began to seriously explore applied uses of blockchain technology.

“When I started looking at cryptocurrencies in 2015, the core premise was focused on digital currencies – Bitcoin being the most famous. But over time I think the more interesting applications (in the immediate future) are using distributed ledger technology in more practical situations, particularly around data.”

As a fund, Oxford Capital wants to back companies at the point where products first hit the market – and blockchain is no different.

“Recently I’ve been focusing on use-cases revolving around the creation, sharing and management of data in multi-party situations. You can find situations like this in many sectors, from insurance to personal identity.”

Importantly, though, Orde is quick to point out that, like many others in the market, he’s not interested in blockchain companies looking for a problem to solve.

He wants “someone with a clear vision for what they’re building, a balanced skill set, and an ability to get stuff done”.

Alicia Garabedian also discovered Bitcoin in 2015 when she was working at Morgan Stanley.

Real exposure to the blockchain ecosystem, though, came in 2017 when she joined Samsung Next, where she’s an investor.

When she first came into the space, Garabedian thought cryptocurrencies were about speculation, and admits she didn’t really understand the underlying blockchain technology.

“As I learned more, I became captivated by the speed of industry, the growth of the ecosystem and intrigued by the influx of ambitious entrepreneurs,” she shared with Hard Fork.

In her experience, blockchain technology proves to be useful when there’s an issue that lacks distribution, not only geographically, but organizationally.

But, will investment in cryptocurrency and blockchain startups continue to rise or stagnate? Well, it’s highly likely the number companies that raise considerable amounts via ICOs will stagnate, and those building a solution without a problem will struggle (or even cease to) exist.

It seems that, somewhat predictably, the future looks bright for blockchain businesses which fundraise reasonably with a clear path to monetization. A clear value proposition and a solid market strategy are also a must. This is what’s really attracting investors and that’s unlikely to change.