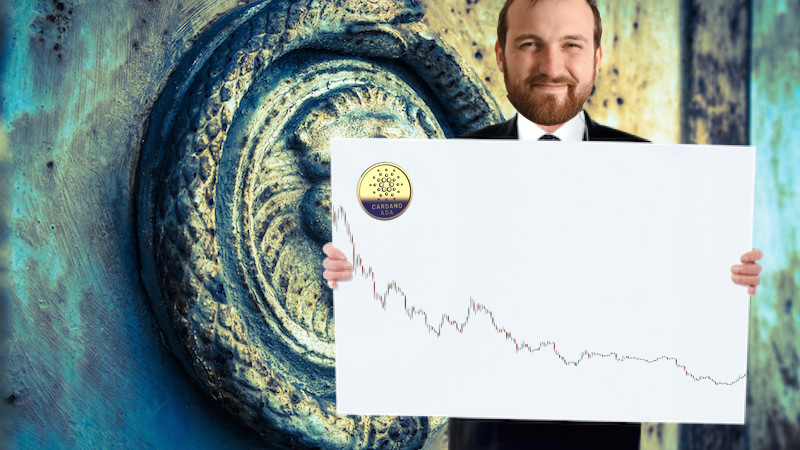 Cardano is an open-source blockchain and smart contracts platform, supported by the namesake cryptocurrency Cardano (ADA).

The project is a direct competitor to Ethereum, and the two organizations also share a co-founder between them — Charles Hokinson.

Hokinson claims that Cardano has cracked the problem of scalability with blockchains through its ‘Ouroboros‘ proof of stake (PoS) algorithm.

While many in the industry — including Hokinson’s former colleagues Ethereum’s Vitalik Buterin and EOS’s Daniel Larimer — are not amused by this claim, Cardano has managed to rise the ranks of cryptocurrencies rather quickly, to be one among the ten largest by market capitalization.

Cardano also makes another bold claim of being “the first blockchain platform to evolve out of a scientific philosophy” and one with “more advanced features than any protocol yet developed.”

The evidence provided for these statements stands on thin ice. But, for what it is worth, Cardano does seem to have one of the nerdiest teams around the block, according to the information provided on its website.

According to some, while Cardano has good credentials in academic research, that doesn’t necessarily translate into real-world success. Emin Gün Sirer, a Cornell University professor and researcher in consensus protocols told CoinDesk in July:

Ouroboros has the advantage that it is peer reviewed and a well-credentialed research group stands behind the effort. But it also suffers from a downside that plague many early proof-of-stake protocols, namely: the papers are long, dense and full of subtle proofs. No two researchers in this area seem to agree on which papers have valid proofs and which have redefined the properties so as to make proofs meaningless. The academic community vets papers for academic rigor, not real world application.

Public trading of ADA opened for the first time on October 1, 2017, at $0.22. By the end of the year, the cryptocurrency was trading at $0.64, marking 190 percent gains over the course of three months.

ADA rallied in the first week of January 2018, trading at the market price of $1.17 on January 5, an 82 percent increase over the course of a week. The price dipped again as ADA started trading around $0.65 again by mid-January.

By February first week, ADA further dropped to $0.33, another 50 percent decline since mid-January. The cryptocurrency kept declining in a single downward wedge breaking at $0.15 on April, 10. The cryptocurrency rallied after April 10, but was corrected again in May.

For the rest of 2018, ADA saw a predominantly downward trend. As of December last week, ADA is trading at $0.047 — marking a 93 percent loss since the start of the year.

ADA performed significantly worse relative to BTC in 2018 losing 80 percent of its market value against the apex cryptocurrency since January 1.

Cardano signed an MOU with the Government of Ethiopia in May to explore its utility in the local agriculture industry and train local developers in blockchain technology.

In September, Hokinson revealed that Cardano is possibly in talks with the government of Mongolia to innovate with blockchain locally, but no further details were revealed.

Cardano Foundation chairman Michael Parsons was ousted by its board in November after an online petition by community members calling for his sacking received more than 6,000 signatures. He was replaced by council member Pascal Schmid.

Cardano cryptocurrency was added as an investment option on social trading platform eToro.com in June. It is also on the Coinbase’s list of thirty probable cryptocurrencies that could get listed on the exchange desk next year.

Cardano is a relatively new cryptocurrency project and hasn’t had its defining moments like other contemporaries such as Binance. It’s too soon to predict the direction it could take.

As of 2018, the blockchain platform doesn’t have any major partnerships. Its understanding with the Ethiopian government is not a formal contract, and the company hasn’t divulged any details about its plans in Mongolia, if any.

Cardano calls its product and technology soundness its strength. If its proof of stake system indeed solves the scalability troubles unnerving other major cryptocurrencies, then Cardano is extremely likely to establish itself as one of the best performing coins in the long term. If history is any clue, cryptocurrency businesses aren’t the most likely to fulfill the hyper-inflated claims they make initially. Perhaps, Cardano would be an exception.

For now, it seems to be a wait and watch game with this one.

Now that you have actionable information on the future of Cardano, it’s time to start investing. With eToro, a leading social trading platform, you can trade manually or copy the actions taken by leading traders, taking much of the stress and work out of your investments.