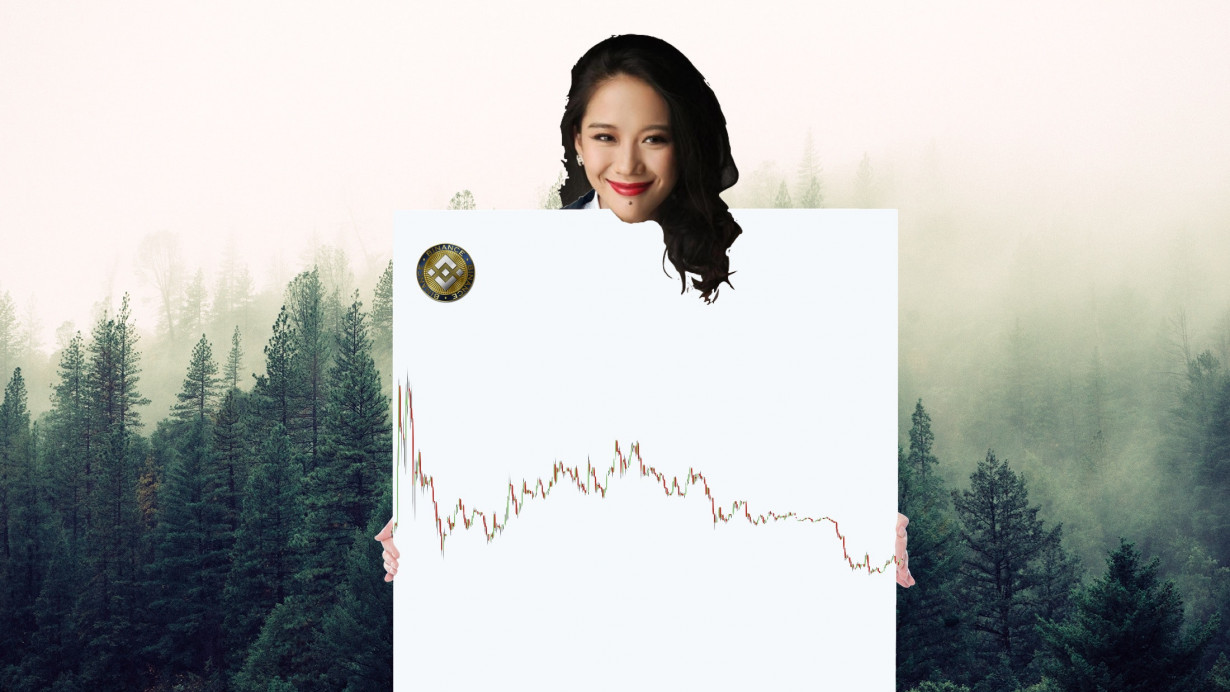 It was launched in July 2017 as an ERC20 token based on the Ethereum blockchain, raising $15 million for Binance in its initial coin offering (ICO).

The cryptocurrency industry is (in-)famous for making and breaking fortunes in a jiffy. But even in this volatile environment, Binance has managed to stand out.

Founded in July 2017, it was already the world’s largest cryptocurrency exchange desk (by trading volume) as of April 2018; taking less than ten months to get there.

This stark rise made BNB — which is primarily used to pay for services on the exchange desk— one of the most valuable cryptocurrency assets of 2018.

BNB opened at $0.11 on the first day of its public trading on July 25, 2017, according to CoinMarketCap data. By January 1, 2018, it was worth $8.63 — marking a near 75 times increase. Most of these gains were made in late December in line with the overall cryptocurrency market growth.

BNB had a good start in 2018, rising up to $24.46 in the second week of January, but saw a market correction soon dropping by nearly 30 percent in less than 24 hours.

BNB hit further lows, dropping down to $5.72 in early February, but made another recovery soon after. BNB market price oscillated between $12 and $16 for much of the next six months until August, crossing the $17 mark only on a couple of occasions in June.

BNB hovered around $10 between mid-August and mid-November, relatively stable by cryptocurrency standards. But, it seems to be bidding farewell to 2018 on a terrible note — the cryptocurrency has fallen to $4.5 by mid-December. It is the lowest market price BNB has seen in 2018, marking a massive 81 percent drop through the year since its highest price achieved in January.

By early 2018, Binance was already attraction attention as one of the fastest growing cryptocurrency businesses.

The company’s CEO Changpeng Zhao was ranked as the third richest person in the cryptocurrency industry by Forbes in February, only behind Ripple co-founder Chris Larsen and Ethereum co-founder Joseph Lubin.

Binance‘s accelerated growth made it a target of scammers. The exchange desk had many hacking scares in the following months, but nothing that the company couldn’t deal with. Multiple phishing attacks targeted Binance users with fake landing pages mimicking its platform.

In March, users reported that their cryptocurrency on the exchange was automatically getting converted into an altcoin called Viacoin, without their consent or knowledge. Binance pinpointed the cause to be a phishing attack and denied any compromise of its platform. The company announced a $250,000 bounty to be paid in BNB for any person who leads to information that can be used to legally persecute the offenders.

Soon after the bounty, Binance also announced its intention of launching its own blockchain to create a decentralized exchange and move the BNB token away from the Ethereum platform.

Later in the same month, Binance got into legal trouble in Japan — after previously facing crackdowns in China and Hong Kong — forcing it to move its offices to Malta instead.

In June, Binance announced a $1 billion venture fund for blockchain and cryptocurrency startups, with investments to be made in the BNB token.

The apex cryptocurrency exchange desk hit another controversy in July when one SYS coin was bought for 96 BTC on its platform forcing it to reset its API keys en masse. In a bid to calm the traders, Binance announced a safety fund (SAFU) to compensate them in case of such losses.

After facing troubles in some of the Asian countries, Binance looked to expand in other regions in late 2018, especially Africa. The company launched a fiat to cryptocurrency exchange desk in Uganda, and also managed to enter Singapore with an investment from Vertex Ventures.

In December, Zhao announced that the decentralized exchange called Binancechain will launch in early 2019.

BNB facilitates the trading at Binance and its fate is tied to that of the exchange desk. The overall market health has a significant overbearing on BNB’s performance compared to other coins, as a bearish market means reduced trading on the exchange.

While BNB performed better compared to other cryptocurrencies in 2018, it remains to be seen how the launch of Binance‘s decentralized exchange will affect its market capitalization.

It is likely that the centralized Binance exchange continues to be significantly more popular than the decentralized counterpart due to user trust.

Binance as a business has established itself as one of the most profitable in the industry, and it seems to be heading for a similar trend in 2019 with planned global expansions and new product launches. With its backing, it seems unlikely that BNB holders are in for any major loss any time soon.

Also read:
End of year roundup: How did Litecoin perform in 2018?

Now that you have actionable information on the future of Binance Coin, it’s time to start investing. With eToro, a leading social trading platform, you can trade manually or copy the actions taken by leading traders, taking much of the stress and work out of your investments.

Past performance is not an indication of future results. This is not investment advice. Your capital is at risk.</s