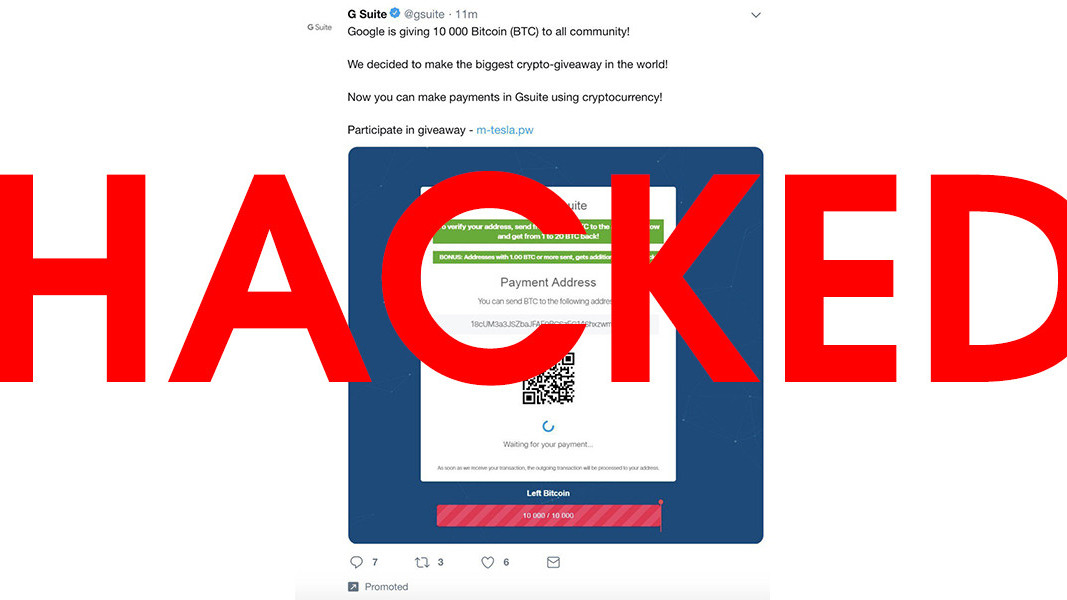 In the latest in a string of cryptocurrency-related hackings on Twitter, attackers have breached an official Google account to promote a Bitcoin BTC giveaway scam to its over 800,000 followers.

Hard Fork has yet to confirm for how long the tweet remained on G Suite’s feed, but it was no less than 11 minutes (as you can notie on the screenshot. (Update 19:52 UTC, November 13: Ernst Mulders, who provided the screenshot above, told Hard Fork the tweet disappeared a couple of minutes after he took the screengrab.)

Google has yet to address the mishap with an official statement. (We’ve reached out for comment and will update this piece accordingly if we hear back.)

Earlier today, US retail giant Target failed victim to the same malicious tactic. Indeed, the company confirmed a tweet linking to a malicious Bitcoin giveaway remained on its feed for approximately half an hour.

The G Suite incident took place moments after Twitter told Hard Fork it is working on curbing the series cryptocurrency-related breaches on its platform.

With this development, the Big G joins the long list of victims, which now includes numerous retail giants, politicians, and government accounts.

Update UTC 10:30, November 14: In an email to Hard Fork, a Google spokesperson said the following about the incident: