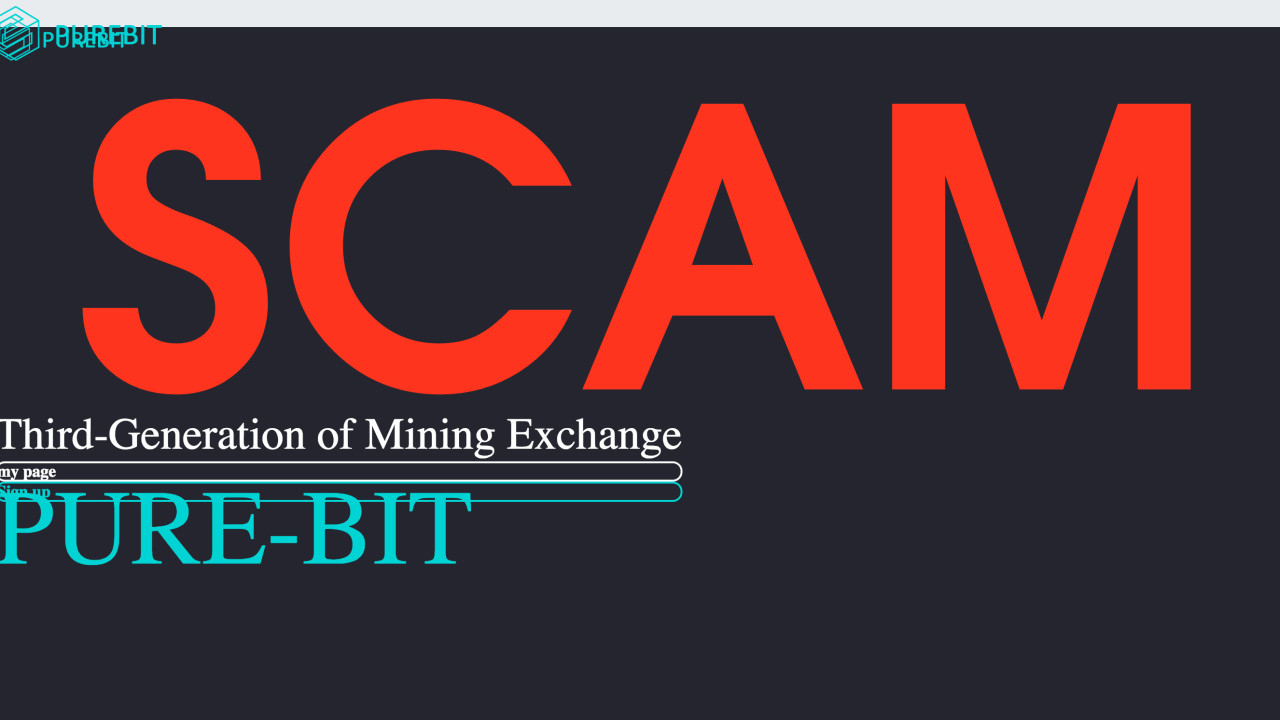 2018 will certainly go down as the year of the exit scam as yet another initial coin offering (ICO) has disappeared out of thin air – along with millions worth of investors’ cryptocurrency.

Blockchain company Pure Bit has seemingly walked off with $2.7 million worth of investors’ money after raising 13,000 Ethereum in an ICO. Transaction history shows that hours after moving all raised funds out of its wallet, the company proceeded to take down its website. It now returns a blank page.

Victims report Pure Bit has already deleted its social media accounts; it has also kicked out all users from its dedicated KakaoTalk chat group.

An archived version of its website says the company was raising funds to create a new type of a ‘mining coin’ (based on Ethereum’s ERC20 standard) that pays dividends to holders. It also had plans to launch a cryptocurrency exchange desk that would reward customers for using its native PURE coin. But now it appears none of those promises were authentic.

Pure Bit was also running an affiliate campaign that rewarded users with extra tokens any time they brought new investors; the minimum amount to enter the token sale was approximately $1,000 (5 ETH). According to the now-defunct site, the company first began raising funds on November 5. It intended to keep the sale open until November 30.

This is the latest in a string of exit scams that took place in the blockchain space in 2018. Indeed, reports suggested exit scammers have thieved more than $100 million worth of cryptocurrency over the last two years alone. Subsequent investigations hint the actual sum of stolen cryptocurrency could be even higher.

Of course, there is always the chance Pure Bit’s abrupt disappearance was just a silly marketing stunt (though that seems somewhat unlikely at this point).