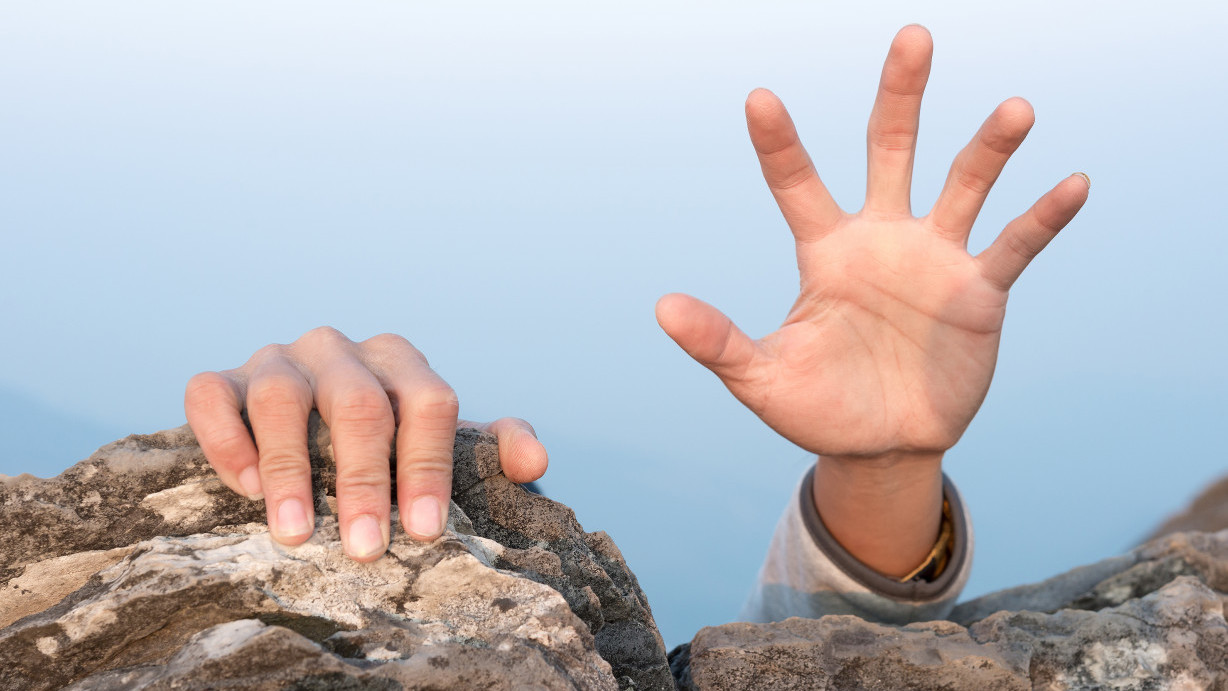 It’s no secret: Cryptocurrencies have had better days. Though people who’ve been HODLing since 2016 are still smiling upon today’s bear market, those who jumped on the crypto train in late 2017 might feel it’s an empty phrase.

But HODLing is more than an investment strategy. It’s a philosophy. A way of life. Or maybe we just needed a crypto-related segue into a more appealing topic — movie and TV characters falling to their deaths. Which is what you came for, right? So here’s the list (and yes, spoilers).

Hans Gruber’s death in Die Hard is easily one of the most iconic deaths in cinema history — but frustratingly avoidable. We wouldn’t have had to say goodbye to our beloved villain and his snooty mixture of British poshness and a fake German accent if he’d only picked the right arm to hold onto.

Mufasa dying scarred me for life, no pun intended. Like watching Bambi all over again. But worse, because Bambi’s mom was sort  ¯_(ツ)_/¯. Don’t show this to your kids, ever.

This one is a little controversial because Jack wasn’t really the one to let go — it was Rose. Even though she literally promised him not to, she still untangled his dead, cold hands and let him sink into the Atlantic. Then again, he could’ve put more effort into staying alive — there was room for two.

Little Bran Stark getting pushed out of a window by Jaime Lannister shocked audiences everywhere — and it happened in the very first episode. Thankfully, the only child in this list is also the single one who survives their fall, but this little incident does leave him crippled for life —  and prematurely acquainted with incest.

The Joker’s death scene could have  been suspenseful if it hadn’t been for Jack Nicholson, psychotically laughing and making puns (“Sometimes I just kill myself”) right until he plunges to the pavement. Also, HODLing might have been challenging with that giant gargoyle tied to his leg.

Gaston — Beauty and the Beast

It’s no coincidence Gaston is the second Disney character in this list, Disney uses this plot device all the time. But Gaston’s fall deserves a spot in this list because it’s such a classic: He loses grip himself while trying to pull the Beast into the abyss. Oh, and Belle effortlessly saves the Beast like the feminist heroine she is. All’s well that ends well.

This one is as poetic as it is tragic. Or, as my colleague Matthew Beedham described it: “Like Titanic, but in space.” Astronaut Matt Kowalsky, played by George Clooney, disconnects himself from fellow astronaut Dr. Ryan Stone to save her life. He then drifts off into eternity, presumably dying within minutes due to lack of oxygen. Neil DeGrasse Tyson wasn’t buying this heroic death plot though, claiming Dr. Stone could have easily reeled him in. Judge for yourself.

Could anything be as haunting as the death of Albus Dumbledore? One of the most beloved characters to ever be written met a tragic end at the hands of one of the most misunderstood, Severus Snape.

Seeing our gay gramps get “Avada Kedavra’d” off a Hogwarts tower is possibly one of the most chilling deaths in literature and is likely responsible for 90 percent of our collective childhood traumas (the other 10 percent is surely being forced to eat broccoli). Also, love the ultra slow motion fall — it really drills his death into the minds of the little ones watching.

Whether you watch the version made in 1933, 1976 or 2005, King Kong always ends up pinned to the Empire State Building in the final scene. But we all know he doesn’t fall to his death “because of the airplanes. It was the beauty that killed King Kong.” He’d rather die than live without her. Who says chivalry is dead?

Arguably one of the most famous and crushing soap-actor deaths in TV history — the death of Dr. Drake Ramoray in Friends. After Joey claimed he made up most of the lines on Days of Our Lives, the producers tragically wrote him out of the show. Ending his legacy by having him fall to his death down an elevator shaft. Tragic.

Yes, John Lithgow was the villain of Cliffhanger. This was your fault, Sarah. Come on, sort it out.

This post is brought to you by eToro. eToro is a multi-asset platform which offers both investing in stocks and cryptocurrencies, as well as trading CFD assets. Please note that CFDs are complex instruments and come with a high risk of losing money rapidly due to leverage. 65% of retail investor accounts lose money when trading CFDs with this provider. You should consider whether you understand how CFDs work, and whether you can afford to take the high risk of losing your money. Cryptocurrencies can fluctuate widely in price and are, therefore, not appropriate for all investors. Trading cryptocurrencies is not supervised by any EU regulatory framework.