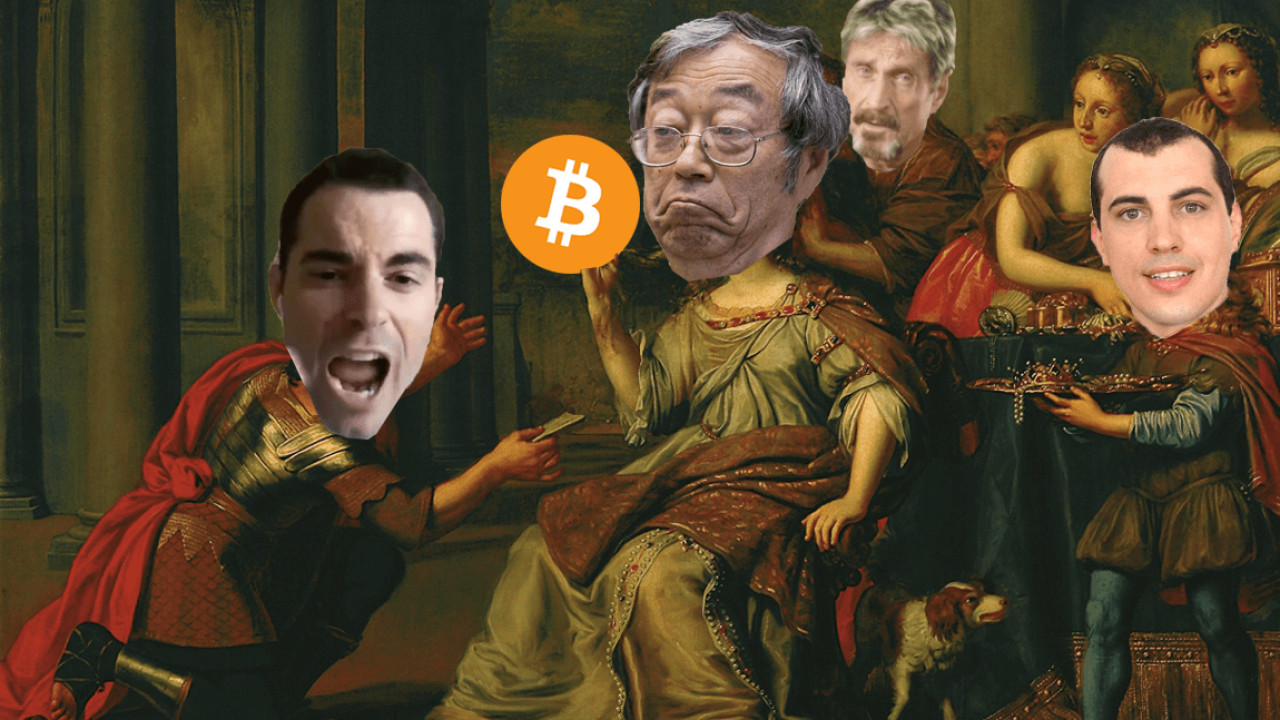 The recent fluctuations in the value of Bitcoin BTC are just the latest in a series of spectacular peaks and troughs since it was created in 2009. (Though its price has been falling recently, it remains five times higher than last April, before the latest major peak began.)

Commentators are often dismissive of Bitcoin buyers, writing them off as naive victims of a fraudulent bubble. But if we look more carefully, we can trace the history of Bitcoin through five key narratives. Each has drawn in a different group of buyers and in doing so contributed to its long-term growth in value.

Bitcoin arose from a tiny group of cryptographers who were trying to solve the “double spend” problem facing digital money: “cash” held as a digital file could easily be copied and then used multiple times. The problem is easily solved by financial institutions, who use a secure central ledger to record how much everyone has in their accounts, but the cryptographers wanted a solution that was more akin to physical cash: private, untraceable, and independent of third parties like the banks.

Satoshi Nakamoto’s solution was the Bitcoin blockchain, a cryptographically secured public ledger that records transactions anonymously and is kept as multiple copies on many different users’ computers. The first narrative of Bitcoin’s value was built into Nakamoto’s original “white paper.” This claimed that Bitcoin would be superior to existing forms of electronic money such as credit cards, providing benefits like eliminating chargebacks to merchants and reducing transaction fees.

But from an early stage, Nakamoto also marketed Bitcoin to a libertarian audience. He did so by stressing the absence of any central authority and particularly Bitcoin’s independence from both states and existing financial institutions.

Nakamoto criticised central banks for debasing money by issuing increasing amounts of it and designed Bitcoin to have a hard limit on the amount that could be issued. And he stressed the anonymity of Bitcoin transactions: safe, more or less, from the prying eyes of the state. Libertarians became enthusiastic advocates and buyers of Bitcoin, more as an act of rebellion than for financial reasons. They have remained highly influential in the Bitcoin community.

These, however, were small constituencies, and Bitcoin really started to take off in July 2010 when a short article on Slashdot.org (“news for nerds”) spread the word to many young and technically savvy buyers. This community was influenced by the “Californian ideology” – belief in the capacity of technology and entrepreneurs to transform the world.

Many bought small quantities at a low price and were somewhat bemused to find themselves sitting on significant investments when the price multiplied. They became used to huge fluctuations in the price and frequently advocated “hodling” Bitcoin (a mis-spelling of “hold,” first used in a now iconic message posted by an inebriated user determined to resist constant “sell” messages from day traders).

The hodlers insisted, half seriously, that Bitcoin was going “to the moon!” (used 178,000 times on the bitcointalk forums), and talked of buying “lambos” (lamborghinis) with their gains. This countercultural levity generated a sense of community and a commitment to holding Bitcoin that helps to sustain its value.

The last two groups that have contributed to Bitcoin’s history are more conventional. What I consider the fourth group of investors consists of speculators who have been attracted by the volatility and peaks in Bitcoin prices.

On the one hand, we have the day traders, who hope to exploit the volatility of Bitcoin’s price by buying and selling quickly to take advantage of short-term price movements. Like speculators in any other asset, they have no real interest in the larger picture or of questions of inherent value, but only in the price today. Their only narratives are “buy” and “sell,” often employed in an attempt to influence the market.

On the other hand, we have those who are drawn in by news of price bubbles. Ironically, bubble narratives in the press, often designed to deter investors, can have the opposite effect. These investors join what Keynes called a “beauty contest” – they only care what other people might be prepared to pay for a Bitcoin in the short to medium term future.

The final and newest group of Bitcoin buyers are the portfolio balancers: more sophisticated investors who buy Bitcoin to hedge against wider risks in the financial system. According to modern portfolio theory, investors can reduce the riskiness of their portfolios overall by buying some Bitcoin because its peaks and troughs don’t line up with those of other assets, providing some insurance against stock market crashes. This is an emerging group, but one that could significantly raise Bitcoin’s acceptability among mainstream investors.

Bitcoin’s value, then, has been built on an evolving series of narratives which have drawn in successive waves of buyers. While mainstream commentators are often dismissive of Bitcoin as lacking inherent value, all asset market values depend on narrative processes like these.

Bitcoin may well collapse again, but so may any other financial asset. Investing in Bitcoin is neither more nor less risky than investing in the latest technology company launched on the stock market without ever having made a profit.

This article was originally published on The Conversation by Dave Elder-Vass. Read the original article.