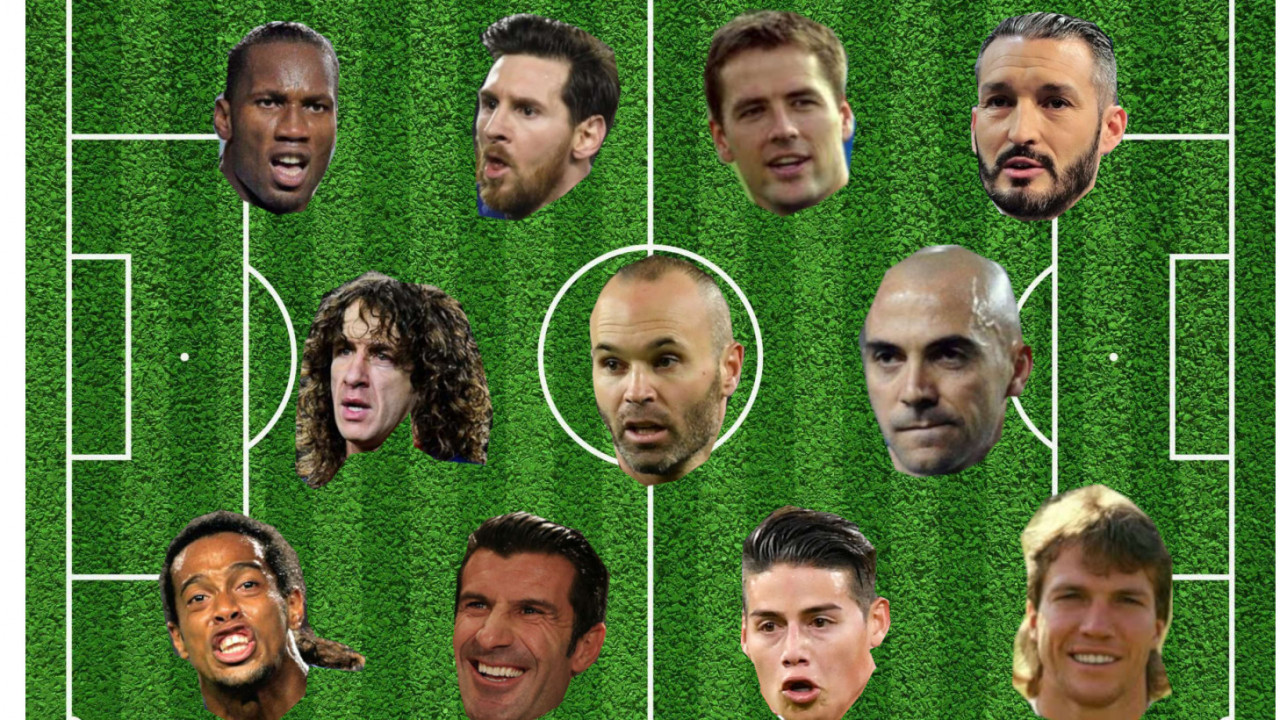 Have you been noticing just how many footballers have been signing deals with initial coin offerings (ICOs)?

He is the newest ambassador of fledgling crypto-trader social media platform – all.me – which has purportedly already raised over $30 million in funding and will be conducting their ICO later this year.

To celebrate this ‘momentous occasion’, we’ve decided to put together a dream team of the most popular footballers to have lent their reputation to shady cryptocurrency startups.

Goalkeeper: Lothar Matthäus (TokenStars) (NB: Matthäus is technically a striker, but we’ve trusted him as the goalie)

Of course, no dream team is complete without a seasoned coach to guide the players in difficult moments. Fortunately, we’ve got the right fit: former Tottenham Hotspur coach Harry Redknapp who blatantly shilled Electroneum in a tweet, before deleting it once pressed on the circumstances.

Shillingham United even has its own home ground: Emirates Stadium. The stadium is home turf to Arsenal FC – but given the club’s endorsement of cryptocurrency betting platform CashBet – we thought they wouldn’t mind sharing with Shillingham United.

All in all, pretty freakin’ stacked. So stacked that Lusi Suarez is on the bench.

Athletes and the blockchain

While the close collaborations between athletes and ICOs might strike you as unexpected, tons of blockchain startups have been seeking to up their branding game by securing partnerships with famous sports personalities.

Indeed, the blockchain promo frenzy extended even to the World Cup in Russia, where viewers were briefly blasted with commercials promoting a sketchy blockchain platfrom from Hyundai called HDAC.

Whatever the connection between blockchain startups and (sports) celebrities though, the SEC is monitoring the situation closely – and actively warning users against investing in cryptocurrencies based on their advice.

“Celebrities who endorse an investment often do not have sufficient expertise to ensure that the investment is appropriate and in compliance with federal securities laws,” the SEC wrote in a statement last year. “Conduct research before making investments, including in ICOs.”

So if I were you: I’d do my own research before I lean on Figo for cryptocurrency investment advice.

Disclaimer: Please note this piece is NOT an endorsement of any of the mentioned blockchain startups. The aim of the article is simply to point out a recent trend in the cryptocurrency space which might have negative repercussions for naive traders. Always do your own research.