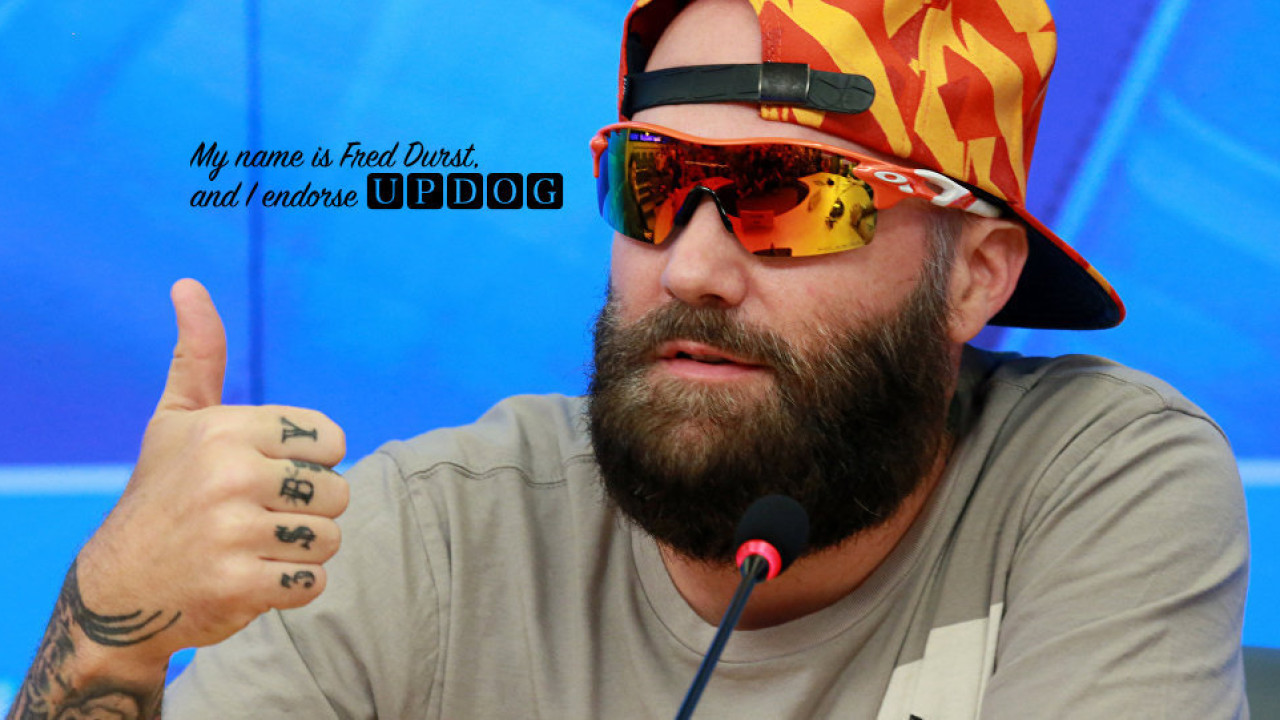 People have always said I take jokes too far. If there’s a line in the sand marked “too far,” I regularly speed past it like Lewis Hamilton in the Monaco Grand Prix, until it’s just a faint shadow in the rear-view mirror. Take, for example, the unfortunate KFoodRecipes.

KFoodRecipes (presumably not his real name) tried to get a really spammy promotional guest post published on TNW. The post was about one of the many nebulous blockchain companies that have sprung up of late, called Ubex. It was bad.

He was persistent, and he even tried to bribe anyone who would respond to his tweets with the insultingly low-ball amount of $10. Obviously, we had fun with him.

I strung him along and tried to get him to say “what’s updog,” because I’m a five-year-old cunningly disguised as a 26-year-old.

My current favorite hobby is pranking people trying to publish their shitty, spammy guest posts on TNW with the oldest trick in the book.

(An unoriginal one at that, as this is a joke PR maven Ed Zitron has been pulling for years, but as Wilde purportedly once said “talent borrows, genius steals,” ¯\_(ツ)_/¯)

But then my afternoon took an amusing turn when UK-based publicist Rich Leigh spotted that KFoodRecipes had left the document publicly editable. Then the fun really began.

We couldn’t help ourselves. Suddenly every reference to “blockchain” was replaced with “updog.”

Then “Ubex” became “your mum.”

And then the trolling picked up momentum, and random strangers started turning this dreadful blog post into something that wouldn’t have looked out of place on GeoCities circa-1999. I’m talking about retro GIFs, all-pink text, and the generous use of comic sans. Someone even copied in the entire lyrics to The Fresh Prince of Bel Air.

Right now, the document is unrecognizable from its original self, which is to say that it’s way, way better. I won’t spoil the rest for you. Seriously, it’s funny.

You can check out the live link here. At the time of writing, it’s being edited by at least sixteen different people, which just shows the power of the Internet. Obviously we’re not responsible for anything you see — which at this point includes random Gary Vaynerchuck motivational images.

There’s a good mix of PR flacks, tech reporters, and random deviants in the fray (Zitron and Forbes’ Curtis Silver fall into at least two of those categories), which shows that deep down, we’re not all that different. Despite our issues, we can all get behind a good cause (assuming that cause is Internet chicanery).

And I also took a backup of the original document, should something unfortunate happen to it, because god forbid this spectacular moment in trolling be lost.

TNW reached out to KFoodRecipes for comment, but at the time of publishing, we’re yet to hear back from him. I’m not sure why.

That said, I wouldn’t feel too sorry for him though. At least we mentioned Ubex!