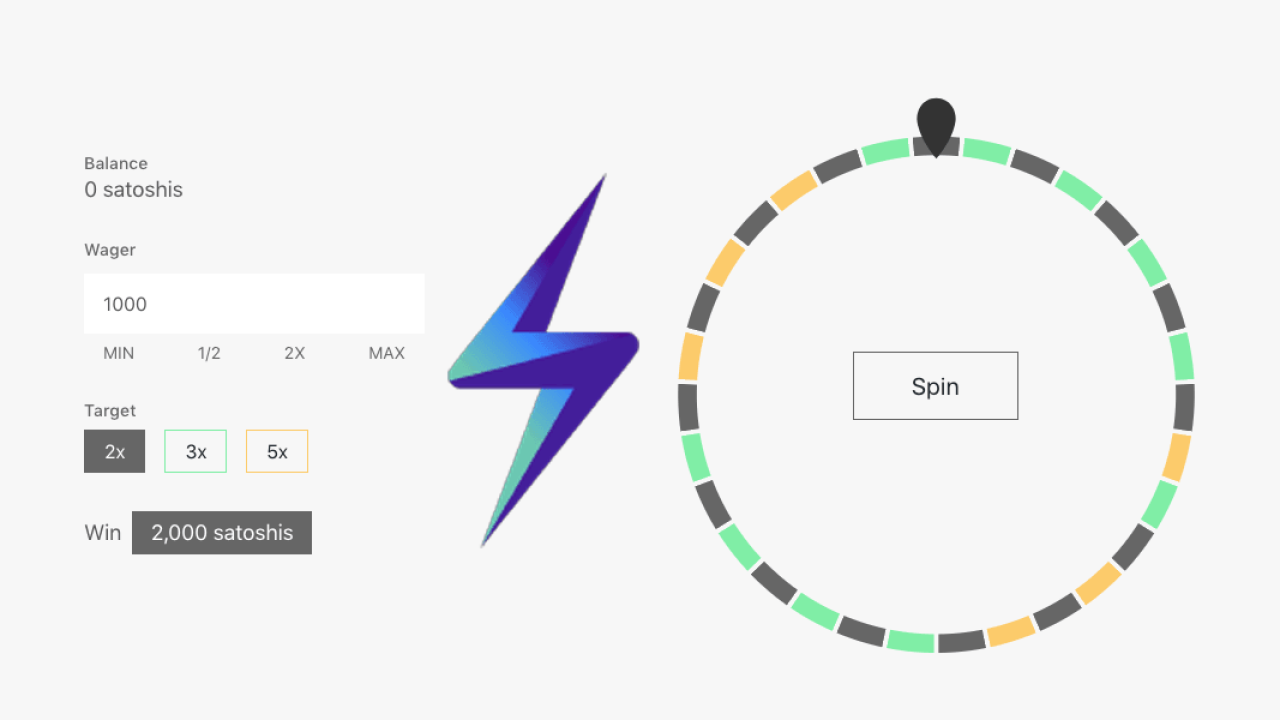 Blockchain developers won’t be at peace until every single thing in the world is on blockchain. Or, so it seems.

You can choose the multiplier you want to wage at. This means that if you wager 1,000 Satoshis with multiplier factor of five — you will win or lose 5,000 Satoshis depending upon the outcome.

If you win, you can withdraw your rewards through Lightning Network as well. But to do this, your wallet service should be able to create invoices. The payments are processed through OpenNode, a Lightning-enabled Bitcoin payment processor for merchants.

Gomes shared a video of the Roulette in action:

Here’s the wheel in action!

Over a million satoshis were paid out within the first few hours, don’t miss out on the action and get spinning! pic.twitter.com/UiUKc90ehj

The web roulette has been spun more than 7,000 times so far by nearly 300 users at the time of writing.  The data on the website shows that more than 4.2 million Satoshis ($248) have been wagered on the game.

For those who do not know, Lightning Network is a payment network that acts as a second layer to Bitcoin’s blockchain to make the transactions cheaper and faster.

The technology is still in a nascent stage but has been successfully tested for micro-transactions across multiple platforms. Developers have been Lightning Network to power payments for fun activities such as an online graffiti board, a Twitch Pokemon game, and a Bitcoin candy dispenser.

However, the payment network is still inefficient for processing transactions worth above a few dollars. A recent study conducted by cryptocurrency research firm Diar showed that the probability of a successful transaction reduces significantly with higher amounts.

If you are into gambling and want to test the Lightning Network, you can play Gomes’ Lightning Spin here.

Disclaimer: Don’t bet with funds you can’t afford to lose!