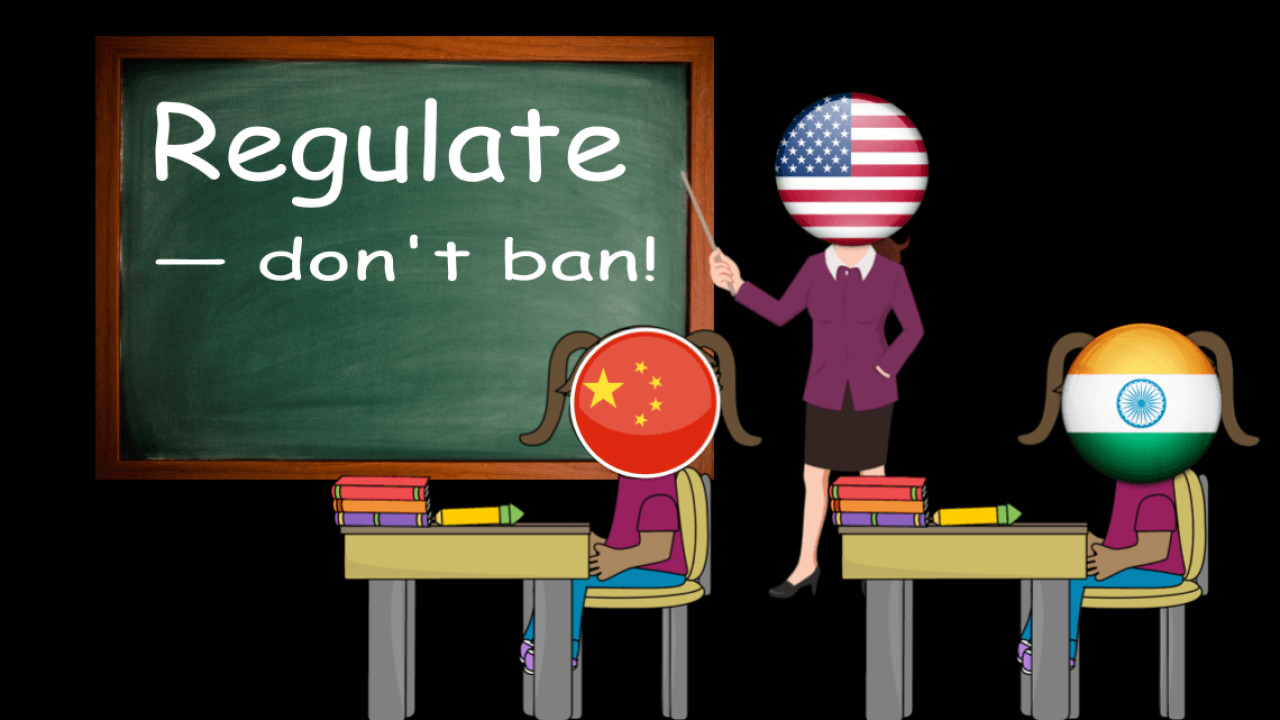 It appears that outright bans aren’t exactly helping governments fight cryptocurrency scams. Or, at least, that is what frequent reports coming from India and China would suggest.

The scam came to light when a local businessman filed a report with the police in the Indian state of Gujarat. He stated that he was lured into investing in the “NCR Coin” ICO with promises of great returns. Needless to say, he didn’t get a penny back. Instead, he received threats for kidnapping if he didn’t keep mum.

Meanwhile in China, police has arrested a man for a 100 million yuan (nearly $15 million) Bitcoin mining equipment scam, as per a report from South China Morning Post.

The perpetrator, who goes by the name Zhang, first began taking orders for Bitcoin mining equipment last year. He offered the hardware on sale for $1,500 a piece, even though he purchased the equipment at a market price of $4,500 – a loss of $3,000 per unit. Indeed, he defaulted on more than 3,000 orders and disappeared.

It would not be so worrying if these were secluded incidents. But the recent record of both countries with cryptocurrency scams is disconcerting.

What is peculiar about the latest cryptocurrency scam in India is that it is the third time in a row where policemen are involved.

The first case came to light in April when eight policemen were charged with extorting 200 BTC out of a local businessman (who was a cryptocurrency scammer himself, by the way), also in Gujarat.

Earlier this month, another police official was charged for involvement in a $75 million ICO scam by the name of “Money Trade Coin (MTC).”

But nothing compares to the largest cryptocurrency scam ever pulled off in India, where Bharadwaj brothers made away with more than $300 million. Latest investigations in the case have implicated politicians, business magnates, and Bollywood stars in the case.

India’s central bank has been focussing on killing genuine cryptocurrency businesses by asking banks to severe ties with them — but it seems they don’t have a similar plan for scams. Indian daily The Hindu quotes a senior government official to suggest that massive amounts of illicit money were moved out of the Indian Rupee through cryptocurrencies during the country’s infamous “demonetization” phase.

China — outright ban is no deterrence for scammers

When it comes to cryptocurrencies and ICO, China has a straight answer — “no.”

The Chinese government has banned both cryptocurrency trading and ICOs in the country. But even that is no deterrence for scammers.

In May this year, Chinese authorities discovered a $47 million cryptocurrency fraud. The company was marketing their cryptocurrency as backed by “tea,” without actually possessing the equivalent tea in their stocks.

Before this, the authorities busted a $13 million cryptocurrency pyramid scheme in April.

In an announcement earlier this month, China’s central bank warned citizens that scammers are running cryptocurrency pyramid schemes in its name.

Mining is perhaps one of the few cryptocurrency-related business in China that remains legal. But even there, things are a bit grim.

The mining for individual and small players is not profitable in comparison to the costs incurred in paying the electricity bills. This often prompts them to steal electricity. By now, it is nothing short of a menace.

Both India and China have taken their own approaches when it comes to regulating cryptocurrencies. While China has taken a definite ‘no,’ Indian authorities have been ‘fooling around’ with several alternatives.

It is worth noting that as of today, Indian government hasn’t taken a definite stance on regulating virtual currencies. Cryptocurrency trading and ICOs aren’t currently illegal in India. But at the same time, the lack of regulatory approval means that much of the business is conducted underground — making investors and traders vulnerable to fraud.

One thing is for sure though: as the recent string of scams indicates, neither approach seems to be working particularly well. China’s outright ban stifles innovation and education, while India’s indecisive regulatory efforts make it too easy for malicious individuals to dupe naive investors.

This is where both countries can learn from the US.

Following a string of scams, US federal agencies have been cracking down on cryptocurrency frauds and educating cryptocurrency rookies about the risks of investing in the space. More impressively though, it appears the country has figured out how to regulate the space without killing prospects for innovation.

The US Securities and Exchange Commission (SEC) has been particularly active in ensuring the safety of cryptocurrency investors.

Responding to a growing trend of celebrity endorsements in the cryptocurrency industry, the agency moved to warn users against celebrity-backed investment opportunities. It later charged the founders of one such ICO – endorsed by Floyd Mayweather and DJ Khaled – with fraud.

More recently, the SEC ran an interesting cryptocurrency education campaign in which the agency set up a fake ICO page to raise awareness of the deluge of scams in the space – and teach enthusiasts how to spot them.

Despite such warnings, the agency has made it clear that it has no problems with cryptocurrency ventures willing to comply with the country’s laws.

As per reports, US Department of Justice and Commodity Futures Trading Commission (CFTC) are also probing cryptocurrency market manipulations, aimed at tackling illicit practices such as pumping and dumping, wash trading, and spoofing.

Contrary to the cyberpunk dream, the absolute lack of regulation puts the consumer at danger; similarly, too much regulation puts businesses and innovation at risk. It appears US regulators have realized this – and China and India need to do the same.