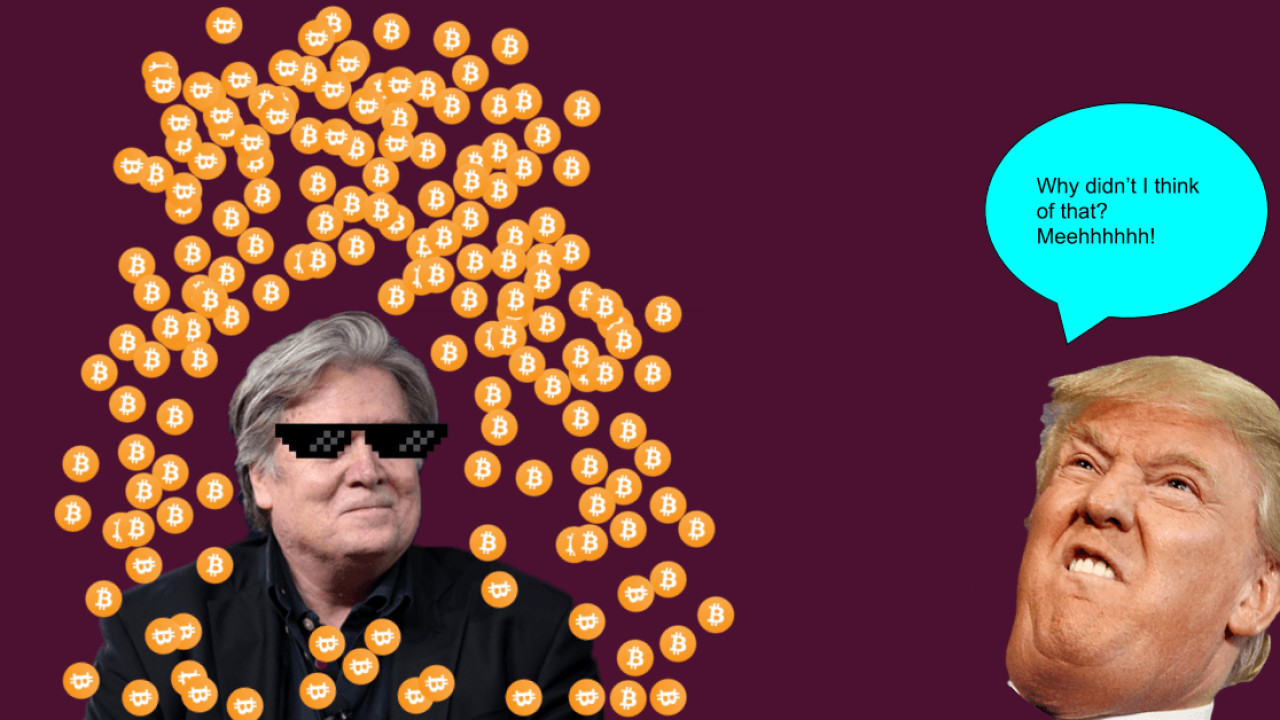 Things have not been going Stephen Bannon’s way lately. He got ousted from the Trump administration in August last year and from far-right publication Breitbart News in January this year. But it appears he has a new masterplan to make a grand comeback.

A report from the New York Times (NYT) indicates that the former President Trump’s Chief Strategist is now betting on cryptocurrencies. He already has a ‘good stake’ in Bitcoin and plans to help companies — even, countries —  create new virtual currencies of their own.

Bannon didn’t reveal his exact plans with cryptocurrencies to NYT — fearing his controversial status may badly impact ‘projects just getting off the ground,’ but left multiple cues.

Among other things, Bannon seems to be exploring the realm of initial coin offerings (ICOs).

Bannon’s comments further indicate that he is not giving up on politics any time soon. In fact, he sees cryptocurrencies as a tool to gain power. Bannon told NYT:

It’s disruptive populism. It takes control back from central authorities. It was pretty obvious to me that unless you got somehow control over your currency, all these political movements were going to be beholden to who controlled the currency. Control of the currency is control of everything.

Calling Pierce a “visionary,” Bannon suggested that he would have gotten involved with him in cryptocurrencies much earlier — in 2016 — if not for his role in Donald Trump’s presidential campaign.

If previous stances are any indication, involvement of celebrities or other influencers in cryptocurrencies and ICOs usually doesn’t end up well for them. It will be interesting to see how Bannon’s involvement plays out.

But, in my opinion, if there were ever a perfect man to spice up the ICO space more than it already is — it would have to be Steve Bannon.

His controversial status and previous association with Donald Trump would mean he can easily defeat the existing competition — such as, John Mcafee, Roger Ver, and Brock Pierce— to be the new ‘poster boy’ for controversies. That is, unless Kanye West gets involved.