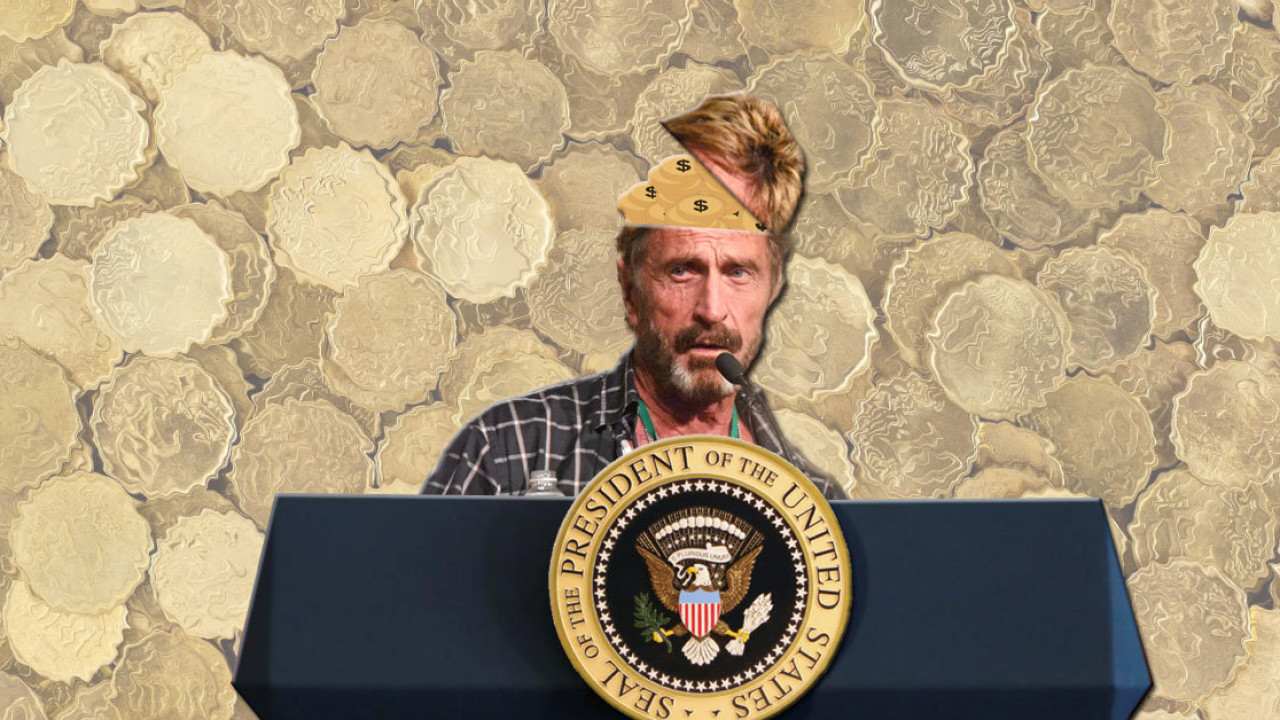 Cryptocurrency firebrand John McAfee yesterday announced his intent to run in the 2020 US presidential race.

File this under: Not a chance in hell. McAfee, a British-born US citizen with a checkered past, sought the Libertarian party candidacy for the 2016 presidential election, but lost to Gary Johnson.

This time, however, he appears to be ready to sally forth even if he can’t get the Libertarian nomination:

In spite of past refusals, I have decided to again run for POTUS in 2020. If asked again by the Libertarian party, I will run with them. If not, I will create my own party. I believe this will best serve the crypto community by providing the ultimate campaign platform for us.

It’s worth mentioning, in 2015 McAfee announced his candidacy with the creation of the Cyber party, but eventually ended up seeking the Libertarian bid instead.

What a platform: John McAfee is a cryptocurrency advocate who believe cannabis should be legalized, businesses should be allowed to discriminate on the basis of religion, and the transportation security administration should be shut down.

He’s also been implicated in a murder by the government of Belize – which he claims is part of a conspiracy to extort him – and, if the value of a bitcoin doesn’t reach $1 million by the end of 2020, he’ll eat his own penis.

The impact: I see old people. They don’t know they’re old. The upcoming 2020 US presidential elections may end up containing one of the oldest candidate pools ever. Here’s an entirely plausible list of candidates we could see along with their current age:

For comparison, Barrack Obama is 56 now, and George W. Bush was 62 when he left office after two terms.

Would you vote for John McAfee? If so, tell us your ridiculous reasons why in the comments section.