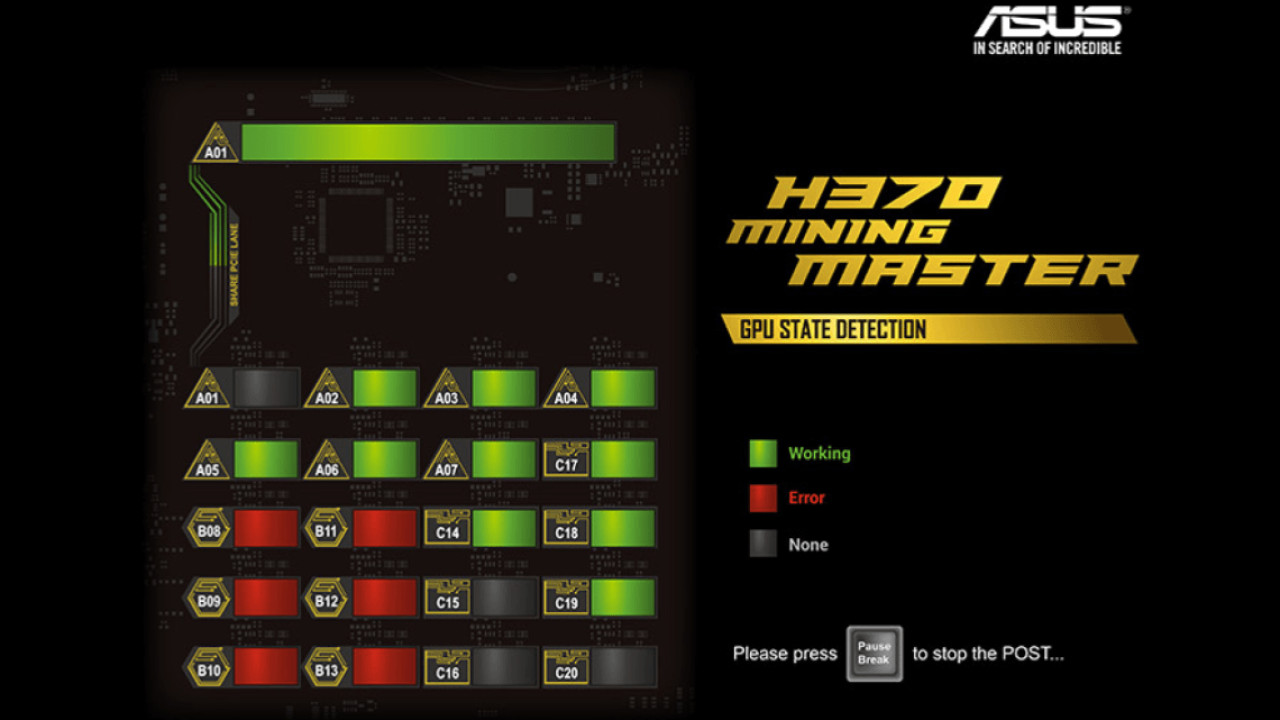 ASUS, the Taiwan-based electronic manufacturer, is making cryptocurrency mining easier for individual miners. The company announced the launch of its H370 mining master motherboard on Wednesday.

The motherboard has been designed specifically for mining cryptocurrencies. Among other features, the product will support up to 20 graphics cards, and let USB riser cables plug directly into the printed circuit board (PCB) to simplify connectivity. The company also claims that it will easier to diagnose problems with the motherboard reducing the downtime.

The product will initially become available in the North American countries between July to September this year. ASUS has however not yet disclosed the price.

The company has provided an early preview of H370:

The blue lines above all signify the USB ports for the 20 graphics cards supported by the motherboard. This is particularly interesting given that it eliminates the problem of single point of failure with the risk being distributed over the array of USBs.

The specifications for the motherboard are as follows:

It is worth noting that this is not the first cryptocurrency mining motherboard from ASUS. The company launched the B250 mining expert motherboard September last year. The device is available on Amazon for $141.98. While I have not tested the motherboard myself, at least the product reviews on Amazon show that most of its purchasers are happy with it.

ASUS says that B250 helped them understand the actual needs of cryptocurrency miners, which is why they are launching the new product with enhanced features:

Rather than just hopping on the blockchain bandwagon to grab headlines, the B250 Mining Expert made ambitious hobbyist farms more accessible and industrial-scale operations more efficient. It was hugely successful, with a six-figure sales volume that far exceeded expectations. With the concept proven in practice and more insight gained on what miners need, we refined the formula for a second generation.

Those interested in early preview of the ASUS H370 motherboard can see here, or view it in full action at Computex 2018 in June in Taiwan.