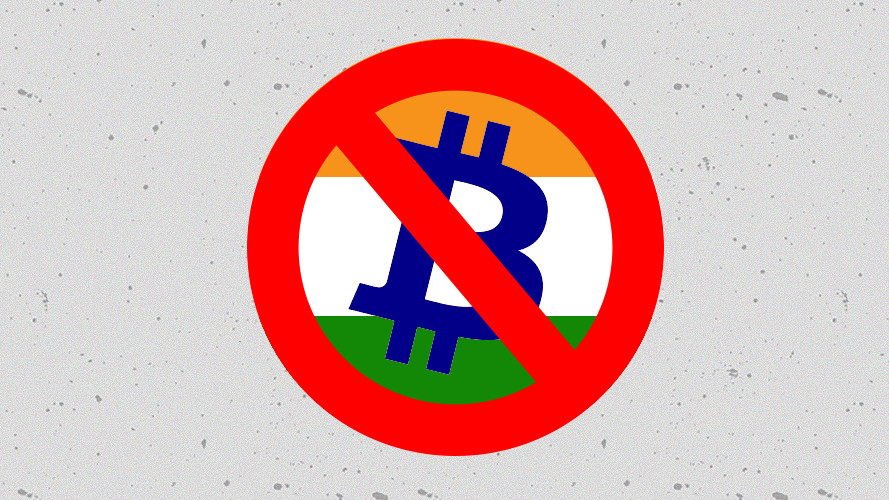 The Reserve Bank of India, the country’s central bank, has all but banned cryptocurrency trading nationwide, with the release of its first monetary policy for the financial year.

As per a statement from the RBI’s Deputy Governor BP Kanungo at a conference yesterday, the institution is barring regulated entities from providing services to any individual or business that’s buying or selling digital currencies – that includes private banks and digital wallet providers. All regulated banks have three months to comply with the directive.

That’s a huge blow to cryptocurrency enthusiasts and traders in the country, which is said to account for 1 in every 10 Bitcoin transactions worldwide – but it’s not entirely surprising. The RBI has previously warned citizens about investing in virtual currencies, citing major risks owing to their high price volatility.

In a statement explaining its position on the matter, the RBI warned of other potential hazards:

…virtual currencies, also variously referred to as cryptocurrencies and crypto assets, raise concerns of consumer protection, market integrity and money laundering, among others.

In view of the associated risks, it has been decided that, with immediate effect, entities regulated by the RBI shall not deal with or provide services to any individual or business entities dealing with or settling virtual currencies.

Business Standard reports that the announcement caused prices of Bitcoin and numerous other currencies to fall sharply.

Nischal Shetty, CEO of domestic Bitcoin exchange WazirX, took to Medium to highlight the RBI’s failure to engage cryptocurrency businesses in a conversation about the decision, and pointed to the ill effects this will have on the community of virtual currency enthusiasts across the country:

Thousands of Indians who may have quit their jobs because they have been earning well as crypto traders now have nowhere to go. They’ll be left without jobs, without a source of income.

Gullible investors will now try to buy cryptos through cash and other OTC means where they would have no buyer protection and end up falling for scams. This will also make illegal trades almost impossible to track.

Interestingly, the RBI isn’t nailing the coffin shut on cryptocurrencies entirely: it’s actually looking into creating its own fiat digital currency, which it hopes to circulate alongside paper currency. A committee exploring the possibilities of this will submit a report on its feasibility by the end of June.

For now, it looks like the sun is setting on the dreams of cryptocurrency traders in India. It’ll be interesting to see if the community at large is able to come together to speak out against the RBI’s decision, and if it can move the bank to rethink its stance.