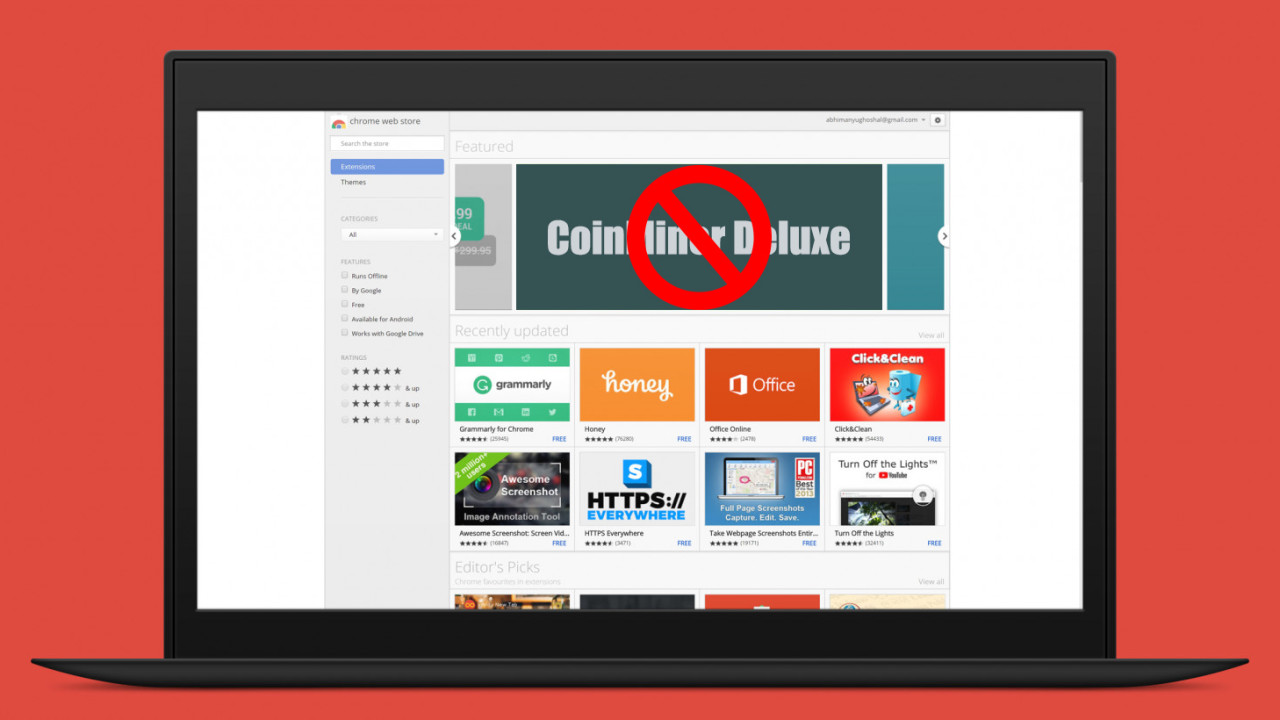 In an effort to prevent malicious sites from using your computer’s processing power to mine cryptocurrency without your knowledge, Google is blocking all extensions that include mining scripts in the Chrome Web Store.

The danger with such scripts is that they can hog your system resources, and cause your computer to slow down and overheat. Plus, they’re easy to bake into browser extensions that may be designed and described as something innocuous and useful to you, like automatically muting tabs with sound.

Google says it previously allowed extensions that mined currency, as long as they were designed specifically for the purpose and explicitly stated their intended use. However, since it’s found that about 90 percent of extensions that include mining scripts don’t follow its rules, it’s banning mining extensions entirely.

That should hopefully keep some people’s computers from earning money for crafty devs, but it won’t prevent sites from running mining scripts in their own code, like Salon did for visitors who had adblockers turned on, or like CBS did for visitors to Showtime’s site.

The changes will go into effect immediately, while existing mining extensions in the Store will be delisted in late June. If you want to ensure you’re not susceptible to such hijacks, take a look at our guide to preventing sites from doing so.