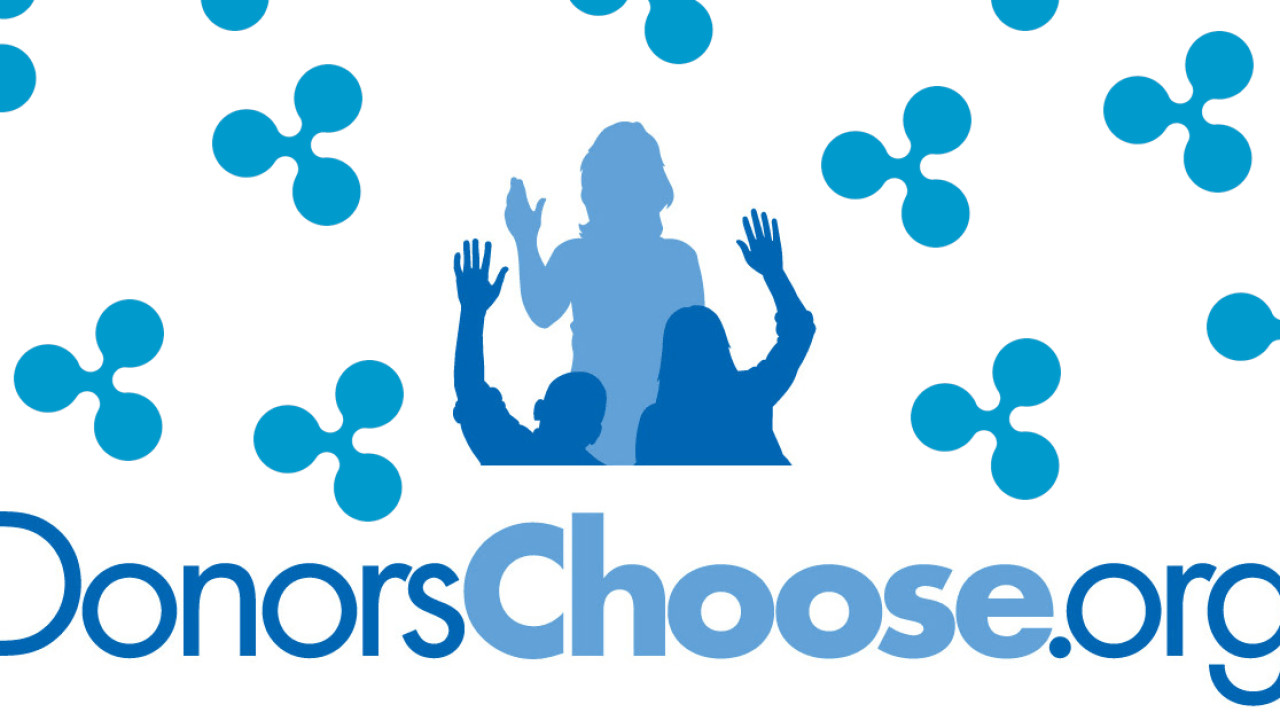 Ripple XRP has donated $29 million to fund school supplies for students in public schools in the US. This donation was made through DonorsChoose.org, a non-profit organization that allows individuals to donate directly to public school classroom projects.

Every Rippler, from the executive team to our newest hires, started their careers in one place — the classroom. It’s in this pivotal setting that children’s dreams are forged and legacies begin…In part, it’s the teachers we encounter in our formative years that enable us to pursue ambitious goals like this…We’re thrilled to announce that Ripple and its executive team are giving back to America’s teachers with a $29 million dollar donation in XRP to DonorsChoose.org.

The website even went down after the announcement of the donation. However, new requests are increasingly getting listed again on the DonorsChoose website.

Ripple’s announcement of the donation even ended up on The Late Show with Stephen Colbert, who reported that Ripple’s donation fulfilled all the 35,000 requests listed at that time on the website. As per him, it’s also the largest donation ever made to DonorsChoose in its history:

Join @StephenAtHome and @JonBatiste in celebrating this big announcement from @DonorsChoose and @Ripple: $29M for classroom projects! #DonorsChoose pic.twitter.com/Q2Y8xhZb1w

Ripple is known to hold approximately 62 percent of all XRP tokens’ supply. This fact has attracted a lot of criticism from the wider cryptocurrency community, on the basis that the hold of Ripple over these tokens technically makes it centralized and gives Ripple an undue advantage for tampering with the supply-demand balance.

While the exact motivation behind this donation cannot be pin-pointed, it may be seen as a ploy to affect market sentiments. Ripple reached its maximum market value at $3.65 at the start of this year, however is currently priced at only $0.58, as the entire cryptocurrency market continues to suffer.

It’s good that Ripple has opted to spend some of its resources for a good cause, but that doesn’t absolve them from having kept most of the entire coin supply to themselves and keeping monopoly over a currency that is supposed to be decentralized.