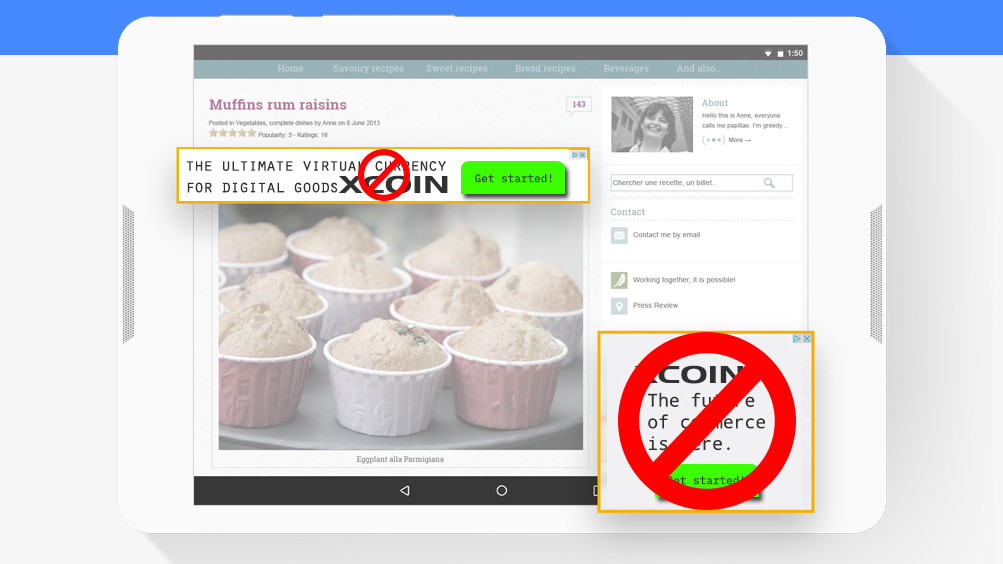 In a bid to prevent web users from falling prey to scammy and risky cryptocurrency products and services, Google will begin banning “any advertising about cryptocurrency-related content, including initial coin offerings (ICOs), wallets, and trading advice,” on its AdWords platform starting this June.

That’s from Scott Spencer, director of sustainable ads at Google, who told CNBC:

We don’t have a crystal ball to know where the future is going to go with cryptocurrencies, but we’ve seen enough consumer harm or potential for consumer harm that it’s an area that we want to approach with extreme caution.

The change will affect Google’s entire suite of advertising offerings, which means you won’t see ads in the company’s own services or on other sites that serve up Google ads, after it goes into effect.

The move follows Facebook’s decision to block cryptocurrency ads, which was announced at the end of January; the social network said that these financial products and services are “frequently associated with misleading or deceptive promotional practices,” and cited examples of ads that invited users to start binary options trading, buying into ICOs, and purchasing cryptocurrency.

At that time, I wrote that Google should follow Facebook’s lead, and it’s nice to see that it’s doing so. The only question is, why wait until June? It’s possible that the search giant has already sold ad inventory to customers wanting to promote their cryptocurrency and related products up until then.

The company also claimed in a blog post today that it removed some 3.2 billion ‘bad ads’ that violated its policies in 2017, up from 1.7 billion in 2016. Hopefully, it’ll be even more effective in battling misleading ads this year.