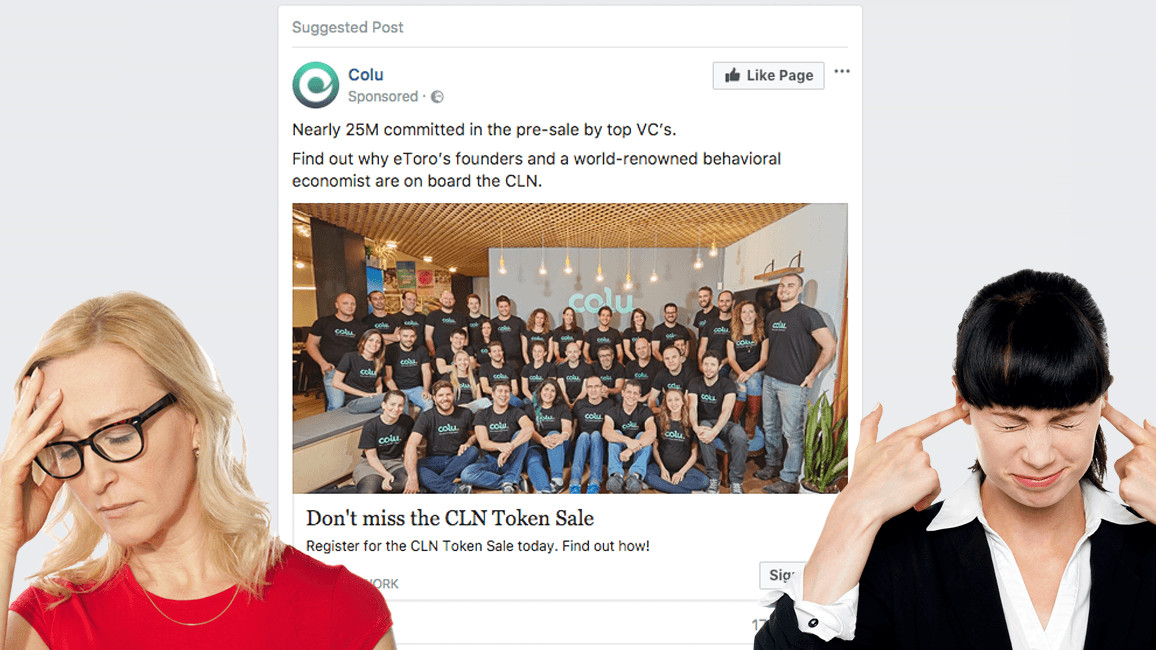 In an interesting turn of events, Facebook announced that it is removing all cryptocurrency and ICO-related ads from its platform claiming such content is “frequently associated with misleading or deceptive promotional practices.” But it turns out the some of these ads continue to slip past the social media titan.

Earlier today we stumbled upon the following ad on Facebook, promoting a token sale for a cryptocurrency company called CLN.

It remains unclear why the ad was allowed to appear on Facebook, but it is most likely due to a technical malfunction.

It is worth pointing out that earlier today Facebook took down one of our posts which mentioned that IOTA co-founder Dominik Schiener will be speaking at TNW Conference. So we can at least confirm that the the company has begun enforcing its ban on crypto ads at least partially.

The ad take-down notice came with the following message:

Despite the recent ban on all ads promoting cryptocurrencies and initial coin offerings, such promo content continues to pop up on the popular platform – and that is somewhat unsurprising given that the social media giant deals with huge volumes of automated ads.

Indeed, it is hardly surprising that a few of these have slipped through the cracks. Chances are the company will soon begin filtering out such content manually. Alternatively, it could try to improve the accuracy of its ad-detection algorithms.

We reached out to Facebook, who told TNW over email that the ad ban will be fully enforced over the coming few weeks.

“You are seeing this ad because enforcement will begin to ramp across our platforms over the coming weeks,” the spokesperson told TNW. The company also pointed us towards a blog post where they explain the new restrictions on crypto.