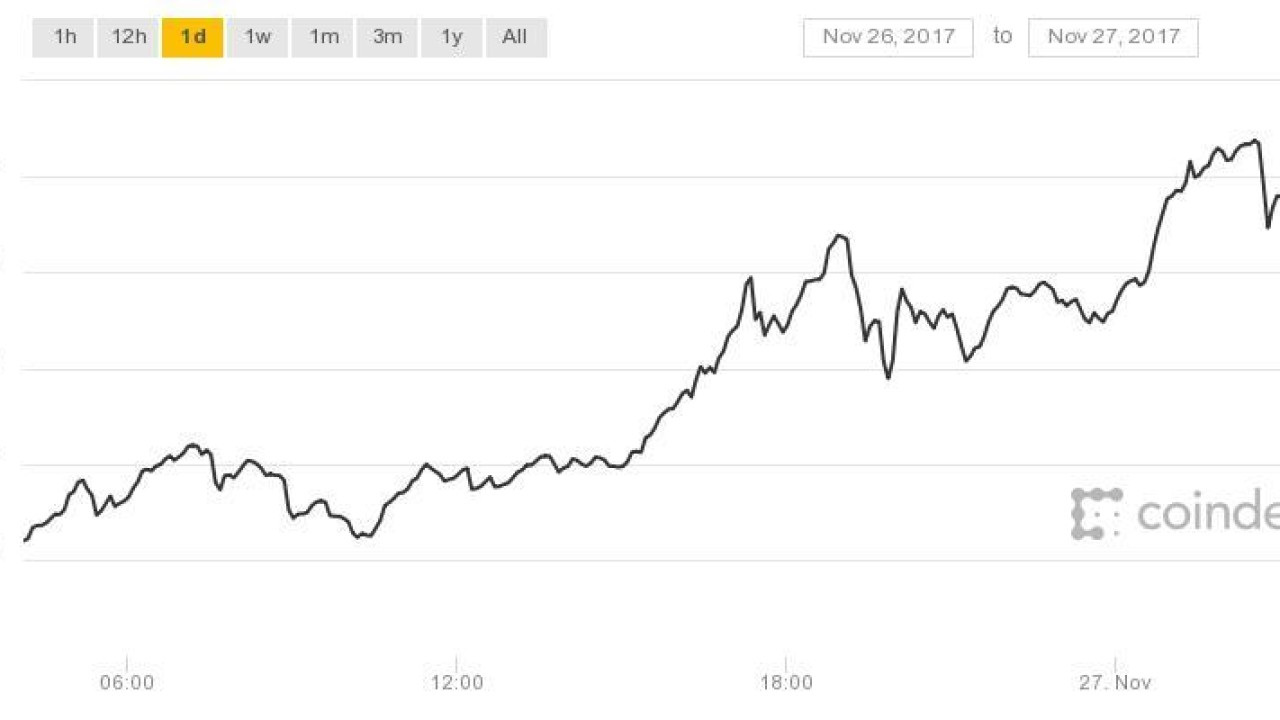 Bitcoin BTC made the news earlier this month when it hit a record valuation of $7,300 for the first time; Goldman Sachs vice president Sheba Jafari noted in a letter to investors in the first week of November that the currency could soon cross $8,000 – double the price of $4,000 that she predicted just four months prior.

With that, it’s possible that Bitcoin – whose market cap is presently at a whopping $161.7 billion – might well hit $10,000 before the new year. Venture capitalist Tim Draper predicted it would reach that figure by 2018 roughly three years ago, and it seems like he might well be on the money if the currency continues to surge as it has been all through this month.

Rival currency Ethereum has also seen a bump today, rising 3.35 percent to $486, after crossing $400 for the first time since June. It’s expected to hit $500 before the year is out. If you’re investing in cryptocurrencies, now’s a good time to have your head in the game.