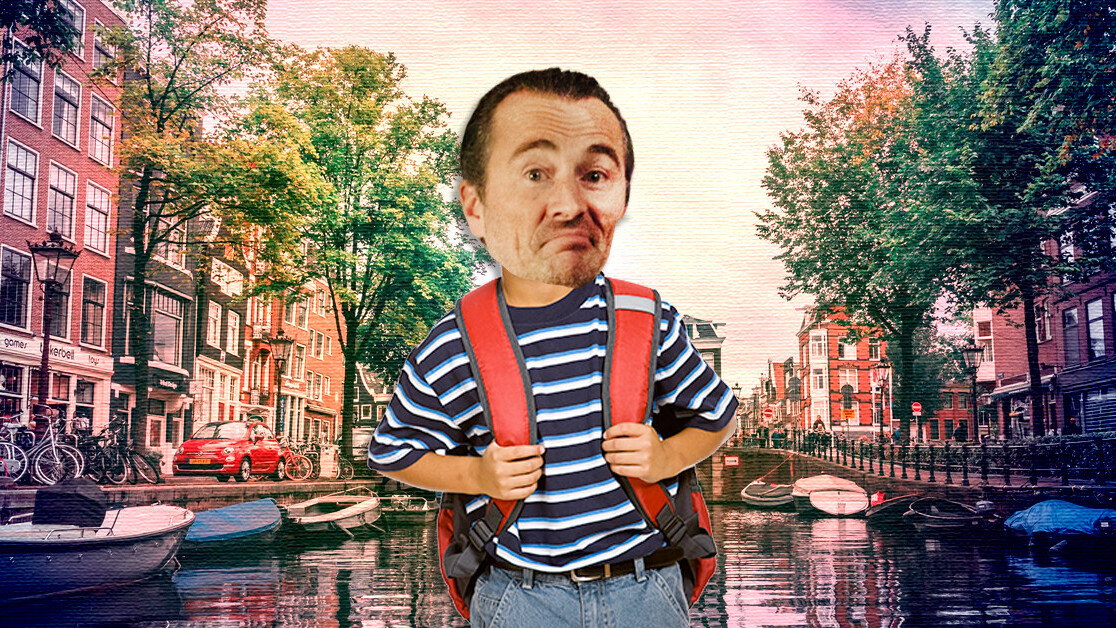 This article originally appeared in our weekly newsletter, where TNW’s CEO Boris writes about being an entrepreneur in tech — everything from managing stress to embracing awkwardness. He also answers readers’ question on any topic every week, send him yours on Twitter!

This week we received questions that are interconnected, so I’ll answer them with one story. This week’s questions:

When I was a kid, I lived in a typical Dutch town with lots of canals. What wasn’t typical about it was how drunk people behaved on the weekends: they would throw bicycles in the canals for the lols.

These bicycles would rust away until the city would drain the canals once every 5 or 10 years to clean out all the garbage. That is, until an enterprising young man (me) found out that you could fish those bicycles out of the canals with a rope and anchor, fix them up, and then sell them.

[Read: You’re saying I HAVE to do something? Well, then I’m not gonna]

So when I finally started to receive €2 a week in pocket money from my parents, I was already selling one or two bicycles a week, for €50 each.

As a young entrepreneur, I tried to maximize my earnings, so I asked a few of my fellow students to help me fish for bicycles and fix them up. My thinking was simple:

The goal was to expand to other cities in the Netherlands and maybe to other countries, as soon as we saw more demand and could afford to make that investment.

Unfortunately, that plan failed. As a first-time founder, I failed to realize that my friends weren’t mere clones of myself.

Each person I added to my team had their own talents, peculiarities, and ideas about my business. One of them figured out that returning bicycles to their rightful owners and collecting a fee was also a viable business. I hadn’t considered this opportunity because I was too focused on my clones and scaling my original business.

Another kid realized that fixing up bicycles was worth something in itself, so she focused on that. A third kid came up with the idea of selling better locks to prevent those bicycles from getting thrown in the canals in the first place, which basically killed my business.

I started losing focus on my original goal. I got lost in dealing with all these different personalities and ideas.

After a while my parents and I were invited to the police station, where in no uncertain terms, we were told that fishing for bicycles and reselling them made me both a thief and a fence.

That’s my (mostly) true story of how I made my first sale, and how I made some mistakes most first-time founders make when faced with premature (and problematic) growth.

Wanna ask me something? Shoot me a message on Twitter and your question might be featured in my next newsletter!