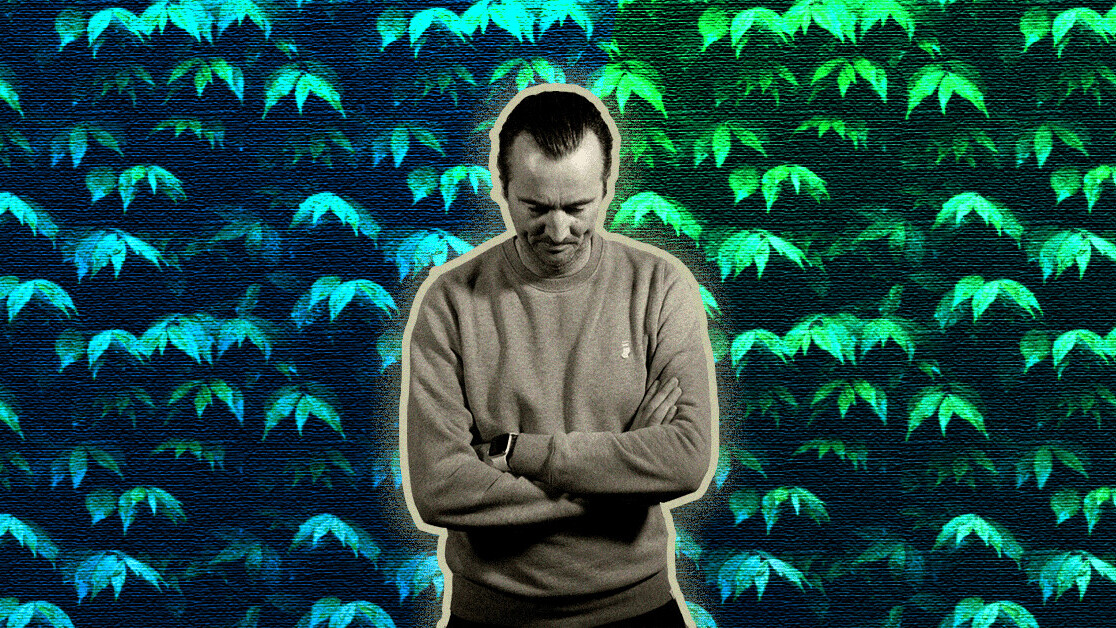 There’s a book titled Getting to Yes, written for salespeople trying to learn how to close a deal. Sounds useful, but I truly wish there was a book titled “getting to no.” It would explain how to know when to quit, how to know you’re wrong, and how to act when you come to the crippling realization that, yes, in fact, you were wrong.

It sounds simple. You think something, find out you’re wrong, and then admit to it and move on. If it was that simple, the world wouldn’t be in the state it is today. No, it seems that admitting you’re wrong is harder than chewing your own leg off.

[Read: How my amateur woodwork made me a better CEO]

And that makes total sense. To get to ‘No’ you first need to start listening to the people who say no. But all your life you’ve been conditioned, and conditioning yourself, to ignore them, and for a good reason.

The messages you try to shrug off

If you do anything worth talking about, it will likely spark some sort of controversy. So unless you want to stay at home on your couch paralyzed with fear, you have to learn to manage criticism. If you do present something new, the people who like your idea will be thinking about it and maybe testing it, but they’ll be silent at first.

The critics, however, won’t waste time with all of that and tell you right away that your ideas suck. Then there’s a small vocal group that just loves to complain. They’re not here to offer constructive criticism. They’re only here to pick a fight.

So if you want to get anything done or create something new, you have to learn how to recognize them and ignore the unhelpful critics. Then there’s also the well-meant, useful, and essential criticism you’ll need to filter out and act on.

Who should you listen to?

But if you’re constantly filtering out criticism, how do you ever know you’re wrong then? Is it when the majority says you’re wrong? Nope. As Mark Twain once said: “Whenever you find yourself on the side of the majority, it is time to pause and reflect.”

The majority is slow to adapt to change, groupthink is not precisely the best thing, and most people don’t know what they want until you give it to them. So what the majority thinks is not always a deciding parameter to determine whether you’re wrong or right.

So, should you trust the experts instead? Well… up to a point. Self-appointed experts on Twitter? Maybe not so much. Peer-reviewed experts? A lot more.

But even then, history is filled with experts explaining to the world how something was absolutely impossible and wrong, while someone was proving it was, in fact, possible. Often, right under their eyes.

Loads of well-respected experts declared that flight was impossible, only to be proven wrong a few years later. And obviously, that was a long time ago. Still, it isn’t that long ago when the concept of Apple launching a smartphone and being able to compete with industry giants like Nokia and Motorola seemed ludicrous. Almost every industry expert agreed. They were, of course, very wrong.

So if not the majority, and not the experts, then who?

When you think about it, there’s probably one person in particular who you trust, love, and who you can be honest and vulnerable to — knowing they won’t abuse that vulnerability. Find that person and invest in that relationship.

This person should be your confidante, your consigliere, and your consciousness. It can be an investor or shareholder, or an old friend, your neighbor, or your loved one. But make sure you both understand the goal of this relationship.

Tell this person: I’m going to trust you implicitly, and come to you when I’m in doubt. And I’ll have the freedom to say what I think, and you’ll act as my conscience.

This person also needs to understand that you will come to them with ideas that might offend other people, and they should be able to explain that this is offensive, without being offended.

In other words: you both need to be able to speak freely and not mince words or be afraid to offend each other. If they tell you your ego is in the way, you shouldn’t have to think about the reasoning behind them saying it or take offense.

But don’t try to prevent clashes by choosing a like-minded person that will always agree with you as your confidante. Push yourself to get as diverse input as possible and consider finding different confidantes for different topics.

If you have a gut feeling your invention or project is viable, ignore the naysayers, the critics, and the experts who tell you you’re wrong. Smile and wave, and show them you’re right.

But once in a while, do a sanity check with your trusted person. If they tell you “no” and that you’re full of shit, well, you’re probably full of shit.

Next week, I’ll tell you part two: what to do once you realize you were wrong.