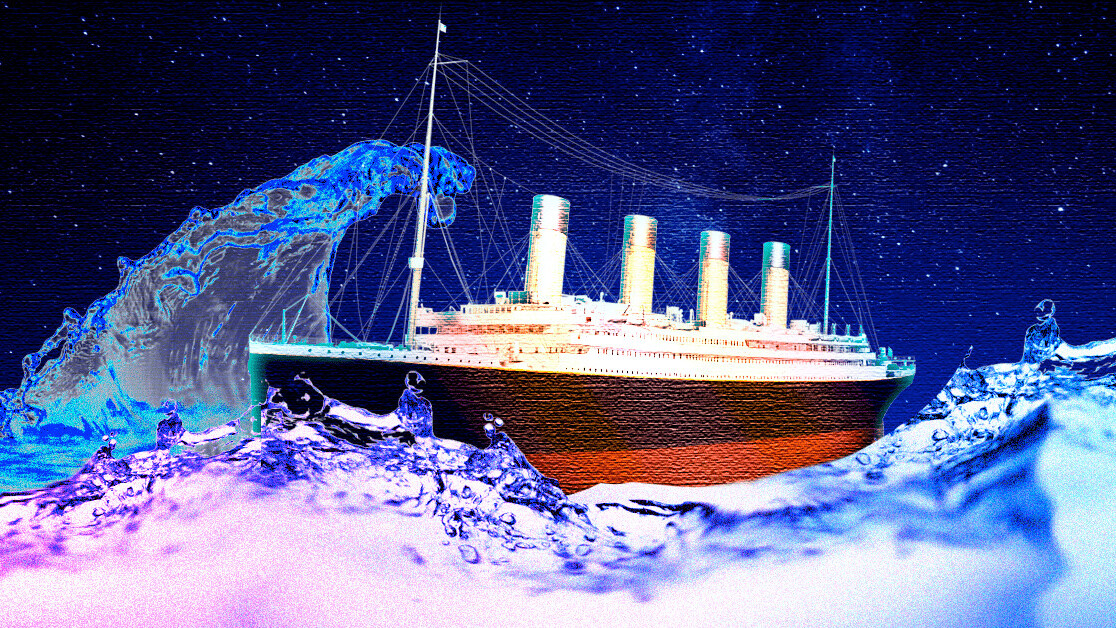 What do having a singing career, shipping cargo overseas, starting a business, and jumping out of a helicopter over the Grand Canyon have in common? Believe it or not, they can all be insured.

Insurance policies help us tackle risk and make sure that we are covered if things don’t turn out the way we expect. And in this regard, Lloyd’s has a long history of providing some of the boldest and most eccentric insurance covers. Here are some of the things you might not have known could be covered.

Everyone knows the tragic story of the Titanic, the luxurious British ocean liner that sank in the North Atlantic Ocean after colliding with an iceberg on the morning of April 15, 1912. What very few know, however, is that RMS Titanic and her sister ship, the Olympic, had been insured at Lloyd’s of London through the broker Willis Faber & Co.

It was considered a prestigious risk, with cover for the hull alone standing at £1m–more than £95m in today’s money. Numerous Lloyd’s syndicates put their names on the slip, covering amounts ranging from £10,000 to £75,000. Willis was able to negotiate a favorable premium for this proudly “unsinkable” vessel of just £7,500.

Despite the enormous amount of damage caused by the incident, the insurers paid claims within 30 days, including £1 million to White Star, the ship’s manufacturer.

On September 25, 2018, actor Will Smith decided to celebrate his 50th birthday in an unusual way: bungee jump from a helicopter hovering over the Grand Canyon. Naturally, you can’t engage in such a risky venture without covering risks.

The Hollywood star insured his bungee jump for $200 million in the London insurance market. Lloyd’s syndicates underwrote most of the cover, with policies covering loss of earnings arising from Smith’s death or injury.

All motorsports are associated with risk. But in 2014, Formula E stood out among others for several reasons. Aside from being in its first season, Formula E differed from other motorsports mainly because the cars use high voltage electricity storage, the risks of which were not fully understood at the time. In addition, races were to take place in the center of major cities that are mostly new to motorsport, which brought its own risks and challenges.

With many elements of the sport being “firsts,” there was little past experience to use when assessing the risks, and few insurers were in a position to take them on. Lloyd’s broker Ellis Clowes drew on the market’s full risk-sharing expertise and collective intelligence to create a new type of cover and insured the Formula E Championship organizers in their first season for general liability, on-track physical damage, personal accident, and event cancelation.

For singers, damage to vocal cords can be the equivalent of a career-ending injury in sports. That was one risk that Rock and Roll Hall of Famer Bruce Springsteen wasn’t taking. He insured his famous voice with Lloyd’s for $6 million, so that he can keep the lights on in case he’s unable to sing “Dancing in the Dark” again.

Mariners were among the first practitioners of insurance policies. Today, the maritime sector is still one of the main fields that spur new advances in the insurance industry. Parsyl, an insurtech startup that came out of the Lloyd’s Lab incubation program, uses smart sensors and large-scale data mining to understand and predict cargo risks and allow insurers to better anticipate risk and serve the marine industry.

The combination of IoT and machine learning algorithms Parsyl uses gives customers new insights on risks and performance in areas such as the best and worst times of year to transport goods, which vendors and shipping lanes have higher risks, or the impact of different packaging on product quality.

Parsyl is not the only Lloyd’s partner working to enhance maritime insurance. Orca AI, a member of the fourth Lloyd’s Lab cohort, combines data and deep learning to provide a powerful awareness system and smart alarms to enhance the safety and efficiency of ship operations.

To many, Santa Claus might be a legend, but to actor Brady White, it is a part-time profession. White has become known as “Santa to the Stars” and has paid visits to celebrities and become the face of Father Christmas for Macy’s department store in New York.

Knowing that holding on to his beard would be vital to keep his job and reputation as one of America’s most sought after Santas, White had his facial hair insured by Lloyd’s in 2006.

“All sorts of things can happen to Santa’s beard and I wanted to know that it was protected. Children can be a little rough so it gets tugged and pulled a lot, and then there is the soot and the danger of being singed when I head down the chimneys,” White said.

Earthquakes insurance can be a frustrating experience. The claims handling process and indemnification of damages can take a long time, and in areas that are regularly hit by earthquakes, by the time customers receive their payment, they might already be dealing with the damages of the next earthquake.

Jumpstart, a Lloyd’s coverholder, replaces the traditional claims handling process of earthquake insurance with an innovative parametric insurance coverage policy. Jumpstart monitors earthquake data released by USGS and automatically sends a text message to each customer in the impacted region when an earthquake of a pre-specified intensity hits. Customers respond to the text to confirm loss or damage, and a predefined payment amount will be automatically authorized for direct deposit into customer bank accounts. Depending on the payment method, customers can receive payment as early as the next day.

Insurance for the digitized world

Part of Lloyd’s work is to embrace and nurture technological innovation to find new ways to assess and cover risks in emerging sectors. Lloyd’s Lab is busy working with insurtech startups to spur the next wave of innovation in the insurance industry. Some of the interesting work being done at the Lab concerns covering the risk of digital infrastructure, which is becoming increasingly important as our lives and business become more and more digitized.

Parametrix, one of the teams at Lloyd’s Lab’s fourth cohort, creates index-based insurance for external service downtime such as cloud outages, network crashes, and platform failures. Its products help to close the protection gap in business interruption.

Kovrr, another company that is taking part in the fourth cohort, is a platform that enables insurers to financially quantify cyber risk. Kovrr’s platform delivers transparent, data-driven insights that enable companies to quantify and manage their affirmative and silent cyber risk exposures across all lines of insurance.