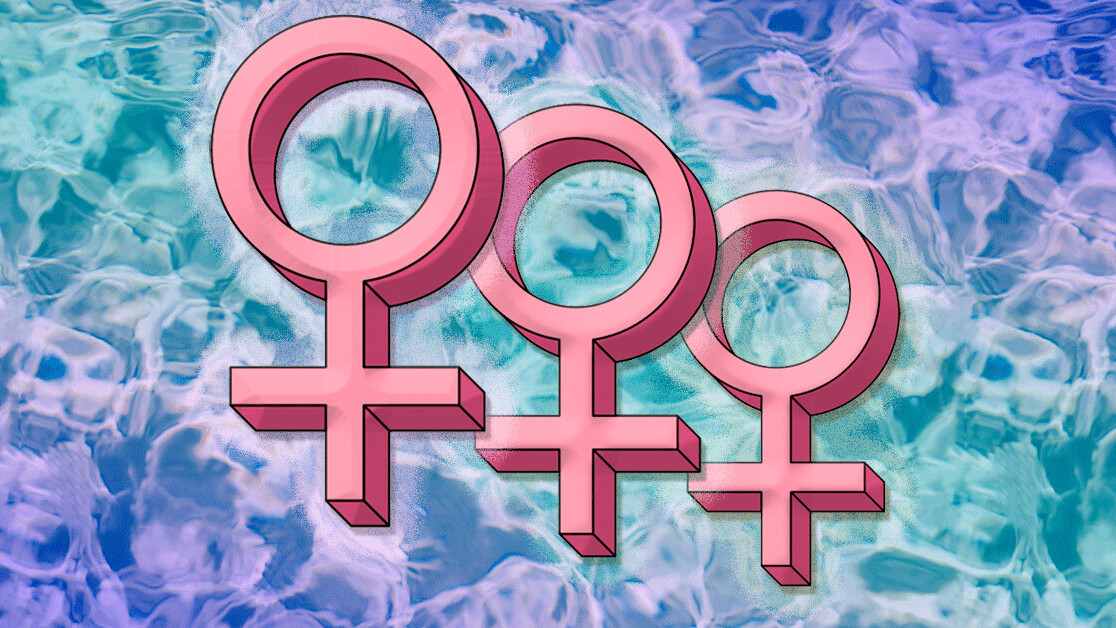 Being a woman in tech can be absolutely exhausting. The industry, notorious for its lack of diversity, is a breeding ground for ‘tech bro’ culture and it can be somewhat difficult to navigate as a woman.

If like me, you’re fed up of having to listen to tasteless remarks, or sick of being overlooked because of your gender and people ignoring the issues at hand, then this article is for you. I hope it’ll become a good weapon in your fight against sexism in the workplace — just share this article next time you can’t be bothered to explain to Joe why you’re ‘offended.’

Iglika Ghouse the CEO and founder of USPAAH, an app that enables customers to book beauty and wellness professionals, is all too familiar with what I’m talking about.

“It took us ages to raise seed capital even though I had a 10 year investment banking career, a good team, and a solid plan. Having met with most early-stage VCs and angel funds in London I was really shocked at how they were all bypassing us on flimsy excuses and pouring millions into companies led by the old archetype of ‘male techie founder, wearing jeans and a hoodie’,” she tells me.

“The amount of times I got asked questions like ‘but how do we know you’re not going to get bored, quit, and just be a housewife’ or when I got pregnant ‘so what will you do with the company once you have a baby?’ The list goes on and on,”Ghouse adds.

Unfortunately, as you can see from Jasmine Crowe’s — founder and CEO at tech enabled food waste management company Goodr — she’s far from being alone:

And here’s what has me both sad and mad. After saying how great the company was he said and I quote verbatim. “We just invested in another black female founder last year, so I don’t think we’ll do another deal until later this year- when are you raising.” I was shocked.

He then began to slightly stutter saying he misspoke, what he meant to say was they will be investing later this year. At that point I moved to politely wrap up the call. When I hung up and even now my hands were shaking and still are as I write this tweet. He meant what he said.

Women in tech are often bombarded with questions and comments such as: “You can work in tech, but you don’t have to be a developer”, “Are you here to take notes?”, “She’s a working mother of three,” “I’m sorry, I’m too distracted by your cleavage?” Quite frankly, I think I speak for us all when I say we’ve had enough.

I’ve personally lost count of the amount of times I’ve heard people (not just men) say the tech industry is completely open to women, but with the caveat that there are plenty of roles available in marketing, public relations, or human resources. Don’t get me wrong, there is absolutely nothing wrong with any of these positions, but why are we dead set on making the point that women can’t for some reason work in tech-focused roles? Can the industry only tolerate women when they perform jobs that are somehow viewed to be ‘feminine’? As far as I know, identifying as female and being able to think or code aren’t mutually exclusive!

We aren’t here to take notes

Assuming that all women are secretaries could be a forgivable offense if we still lived in the 1920s, but come on, get with the times: You’re better than this. As contributing and qualified employees we are entitled to be present in the boardroom.

I’m sure most women (or humans) don’t have a problem with pitching in to help with the myriad of tasks that come with running a startup, but constantly assuming that female employees are there to fulfill administrative tasks unrelated to their role is a problem — especially if you’re not asking male colleagues to do the same.

Sweetest moment..I arrived at an external meeting and was asked by a man to arrange refreshments for everyone..I said “of course…after I’ve chaired this meeting..” pin drop silence….#everydaysexism

Now, moments like the one Jo Pearce describes are incredibly sweet (believe me), but we all need to acknowledge the fact that women are second-guessed almost every second of their working lives.

I’m only going to say this once: There’s no place for traditional gender roles in the workplace. So, unless someone is being paid to note-take during a meeting, I’m afraid you’ll have to take your own. It’s a hard life, I know.

If we have kids, that’s our business

Most women — myself included — don’t like the word “momtrepreneur.” It’s a fairly new word used to describe women (and moms) who run their own companies.

As the term indicates, these entrepreneurs usually combine the responsibilities of motherhood with that of their business. And while I totally respect the grit and hard work required to juggle a family and a business, I take great issue with the fact that we’re singling women out for doing so.

To the outside world, this signals that women are solely responsible for taking care of offspring and looking after the home. It creates a dangerous narrative and unless you’re prepared to start referring to men, fathers, and businessmen as “dadtrepreneurs” you need to stop using this term.

What women do with their life, or their reproductive system, is absolutely none of your business. It’s a personal decision that should have no bearing on their performance or position in the workplace. Women shouldn’t be paid less because of it, and they shouldn’t be overlooked for promotions just because they have the ability to bear children if they wished to do so.

Women don’t need to know whether you find them attractive — or not. As fellow humans and colleagues, women need respect. Stop staring at our cleavages and pay attention to the words that come out of our mouths, because we have a voice, and you need to listen.

Just before you go: You need to know this isn’t an attack on men. I realize many smart and considerate men are just as frustrated as I am by everything I’ve shared. But if anything is to change, we need to follow the example set by other courageous women and speak up.

We’re incredibly privileged to be able to celebrate International Women’s Day, but we all have a responsibility to step back and think about how every thing we say has an impact. Let’s all be more thoughtful, not just today, but every day.

And remember, the next time someone puts their foot in their mouth, send them this article!