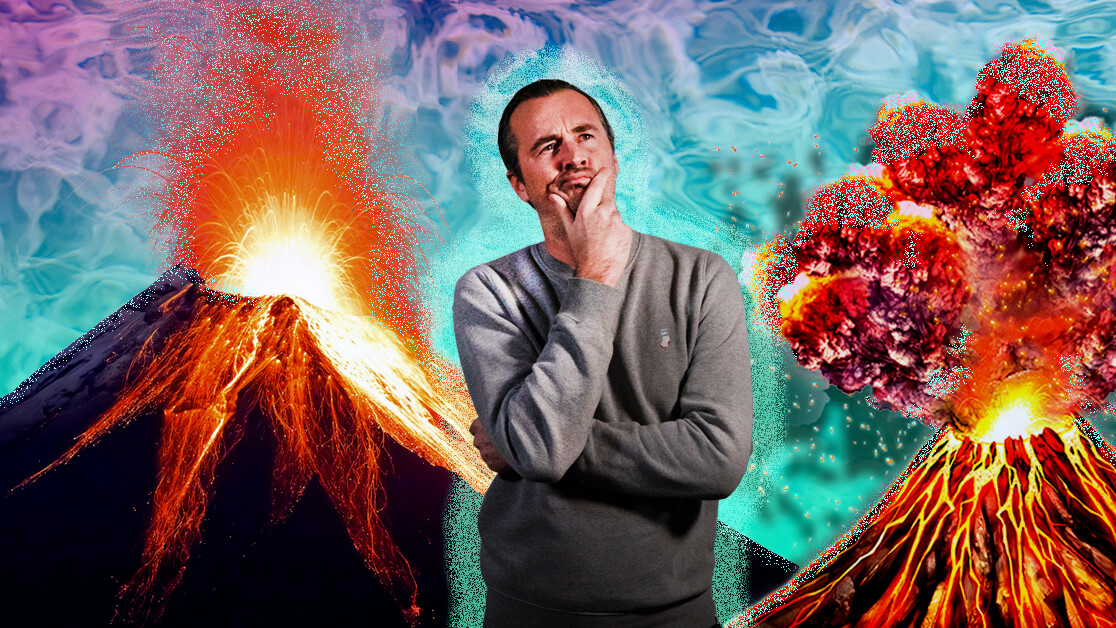 Last Tuesday, we announced that we’re rescheduling our yearly conference, moving it from June to October, due to the spread of the Coronavirus. We’ve faced a myriad of challenges before at TNW, but this is still a completely unprecedented event for us. However, despite the severity of the situation, I’m grateful for the lessons we learned. So let me share them with you.

Years ago, we suffered when Eyjafjallajökull — the unpronounceable volcano in Iceland — erupted in 2010. The ash from the eruption caused major disruptions in Europe and flights were grounded until just a week before our conference. But at that time we didn’t have to postpone — it was too late anyway. We simply had to deal with the consequences, which were severe as we were still a small company and the conference was by far our biggest thing.

To be honest, while the Coronavirus situation is undeniably more serious than the Icelandic eruption, these past few days haven’t felt like a crisis — although I think it definitely was one. It didn’t feel like one because nobody in the team freaked out, there was no shouting, crying, or visible signs of despair.

When MWC was canceled a few weeks ago, I remember saying to someone: “I wish I could’ve been a fly on the wall during the meeting where this was decided.” It’s interesting to me how decisions are made in high pressure situations. Business as usual is already very exciting to me, so imagine how intense these meetings must’ve been. But unfortunately nobody wanted to spill the beans and tell me what happened behind closed doors.

But… this Tuesday, when we announced that we would reschedule our own conference, I’m sure some of you thought “I wish I was a fly on the wall during THAT meeting.” Well, for educational purposes, I’ll tell you what happened. Not as a stuffy company statement, but an honest account based on my own personal experience.

Last week, on Thursday evening, my co-founder Patrick approached me and said something to the tune of “It is all worse than we thought. We need to talk.” He’d spent a few days looking into the virus. At that moment the virus hadn’t reached the Netherlands yet (that happened the following day), but it was clear it was only a matter of time.

Patrick also talked to partners and attendees. Up until that moment, my assumption was that yes, we would see an effect, but as a natural-born optimist, I also assumed it would all be fine. Patrick, also an optimist, had started off like that as well, but after doing some research on the spread of the virus, he concluded that our optimism was misplaced and that an event of our scale could very well add to the spreading of the virus.

That evening he met with our CFO to discuss some scenarios to see what a good, bad, and worse scenario would look like. We also scheduled a meeting with the whole management team on Friday to discuss things. Normally we meet on Mondays, but we felt this was important enough to move up the meeting.

When we looked at the different scenarios together, it quickly became apparent that rescheduling was the only sensible solution. The virus’ development is too unpredictable at this moment, and even if you’re an optimist, it’s clear that the next few months are going to be very revealing. In a month or so, we’ll know whether this was just the start of the epidemic, or the beginning of the end of the virus. But we don’t know for sure at this moment, so the safety of our attendees must come first.

In meetings like these, every member of our management team has multiple roles and modes of input. We’re all logical and pragmatic thinkers. So part of the discussion focused on challenging assumptions, trying to see if there are things we missed or are overdoing. We’re also there to focus on our own responsibilities. Our CFO obviously looks at issues from a financial context. One person is responsible for our events, and so he naturally has a larger voice on this subject than others.

There are moments when insights are welcome. Other moments where opinions are not. There’s a constant flow of delving into a topic and then moving back out to focus on the big picture. Sometimes someone will get back to the structure of the discussion and remind the rest of either the time or the action point we’re trying to find. Usually that’s our COO, and sometimes it’s me, as CEO.

But it wasn’t all grim war room vibes and worry. There was also room for laughter and relaxation. When there’s a crisis, time seems to slow down. You’re more focused and sensitive and alert. That means you experience time differently, and there will be moments where it feels like the days are really long. Some meetings were scheduled for an hour, but were done in 20 minutes.

Yesterday, I had a casual chat with someone at TNW, and he said “I almost wish we could always work the way we did during these moments. It’s almost as if the crisis brought out the best in everybody”

I agreed with him. I look back at this crisis with pride, not dread, and I wish you all a healthy crisis too, with a happy ending obviously.