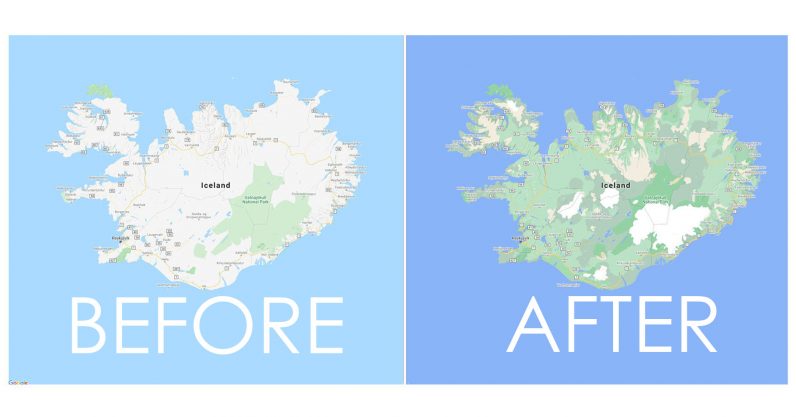 If you’ve used Google Maps for any length of time, you’ve probably noticed an occasional quirk: unless you’re using the satellite view, the colors of the maps don’t necessarily reflect the natural features of the real world. Sure, streets and corners will be where they are supposed to be, but ‘green’ areas marked as parks sometimes don’t actually match the environment — say a park that’s actually a desert.

Google is today releasing an update to Maps that helps it better reflect actual environments. The update will show natural features closer to how they appear on satellite imagery; parks will be green, sandy deserts will be beigeish, snowy mountaintops will be white.

In the featured image above, you can see how Iceland’s landscape better reflects its real-world appearance. Likewise, the desert in Sedona, Arizona, actually looks like a desert:

And you can better see the greenery and beaches of Croatia’s coast and nearby islands:

Google says it was able to achieve the new colorings by leveraging a new color-mapping algorithm for its satellite imagery. It’s pretty nuanced too, as the imagery can even distinguish between dense vegetation — say, a forest — patchier sections. The feature applies to all 220 countries and territories supported by Google Maps.

You’ll also soon see more accurate maps on a smaller scale too. Google is rolling out more detailed layouts of streets, including locations of sidewalks, crosswalks, pedestrians islands, and more.

The update is helpful for people navigating through an unfamiliar city or those with accessibility requirements. It’ll be accessible in London, New York, and San Francisco “in the coming months,” with more cities to follow.

Read next: A guide to Instagram Reels: How to make your first video