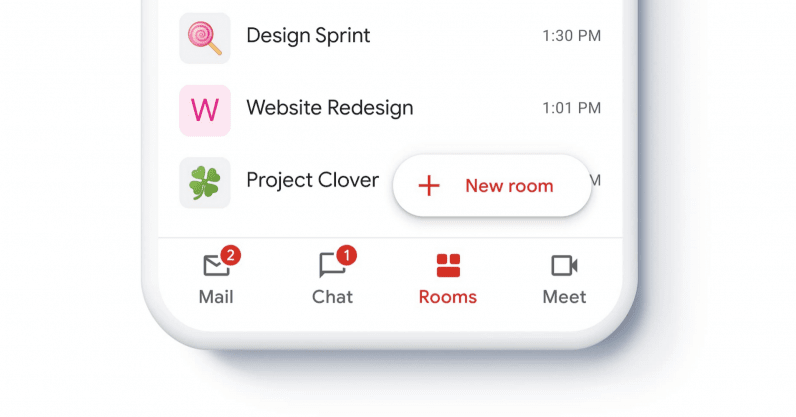 Slack may have launched with the purpose of replacing email in the workplace, but recently, Google has been fighting back by trying to get email to replace Slack. Following a leak earlier in the day, Google today confirmed the company is planning its largest redesign to Gmail in years, integrating a variety of its work-oriented tools like Google Chat, Meet, and Rooms right into its incredibly popular email service.

In a blog post, Google says its aim is to deepen the integration between, it’s three major pillars of communication: email, chat, and video.

Because email is central to so many of our jobs, the company decided to more deeply integrate its other services into Gmail. The company already brought Google Chat to the desktop and made it easy to join meetings straight from your phone. Soon you’ll be able to maintain Google Chat conversations right from the Gmail app on your Android or iOS device as well.

Google is also bringing deeper Drive integration into Chats, allowing you to directly access and import documents and to-dos. You can also create rooms with people outside your company, adding a bit of the cross-organizational functionality Slack announced last month. And since Chats is integrated into Gmail, that means you can manage major projects without ever having to leave Gmail.

Google says further updates will allow you to:

As someone who spends hours in Gmail a day, I always appreciate added functionality. On the other hand, I’m not sure I want all of Google’s services to encroach upon my email if I don’t need them.

We’ll have to see once the features actually roll out. The updates will initially only be available as a preview for G Suite users starting later this week, and will roll out widely to G Suite users for the end of the year. There’s no word yet on when or if similar features will come to the consumer version of Gmail.

Read next: YouTube is bringing HD video quality back in India on mobile