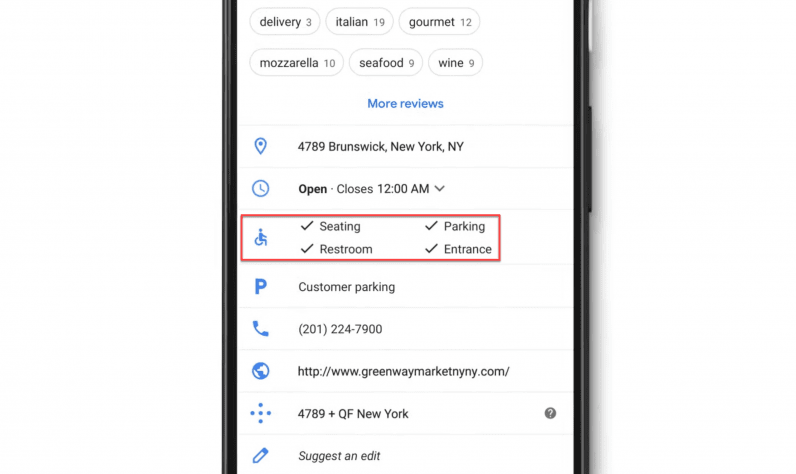 To activate the feature, simply head on over to Google Maps‘ Settings, tap ‘accessibility settings,’ and then toggle ‘accessible places.’ You’ll then see a wheelchair icon if the business or location has an accessible entrance. If it does, you can tap on the location to see a more detailed breakdown, such as to see if that accessibility extends to seating, restrooms, and parking as well as entrances.

It’s not just for wheelchair users either; the US Census Bureau says over 30 million Americans have difficulties walking or climbing stairs. For others, it might just be good to know if there’s a flat entrance or ramp ahead of time, say if you need carry something heavy, are using a stroller, or are have a leg injury.

Google says it has accessibility information for more than 15 million locations around the world. In addition to the visibility update, Google says it is also rolling out an update to the iOS version of Maps that makes it easier to submit accessibility information. The new features are rolling out for Google Maps users in Australia, Japan, the United Kingdom and the United States, with more countries on the way.

Read next: YouTube now tells you to go to bed -- here's how to set it up