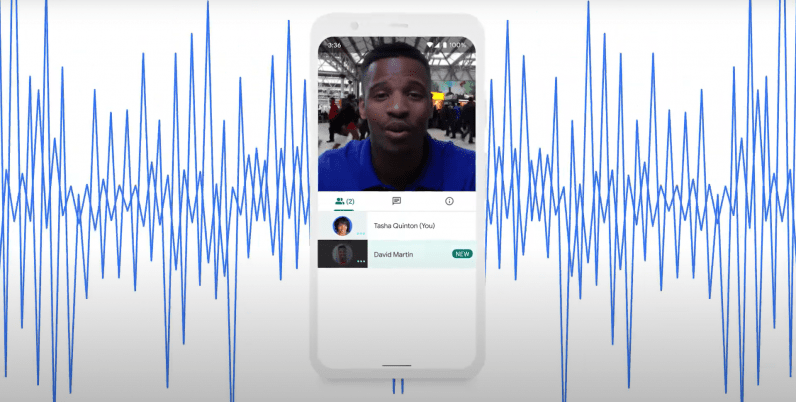 Last week, Google told Reuters it would allow up to 16 participants to be visible in a single grid, replicating one of Zoom‘s most popular features. Though the feature was said to have begun rolling out then, the company appears to have begun a wider rollout today, an it is also introducing a few features to make Google Meet a better video calling experience.

As noted before, the new grid layout supports up to 16 participants at once – previously, it was limited to four. To be clear, this is just the number of people who can be on-screen at once. In terms of total spectators, Meet can support up to 250 people for G Suite Enterprise users. G Suite Basic supports up to 100, while G Suite for Business supports up to 150.

That said, Zoom still has a leg up on Google, with up to 50 simultaneous video streams able to be displayed at once. But I doubt anyone ever actually needs that many people on screen.

Video grids aside, Meet is adding a few more useful updates. For one, you can now stream a single Chrome tab instead of an entire window or screen. Google says sharing a single tab provides better video quality than the other two.

Mobile users will also now get better video in low light thanks to AI enhancement, as evidenced in the video below:

Desktop users, meanwhile, will get this feature “in the future.” Google probably has to work on additional enhancements, since I’d gander most laptop webcams are worse than the average selfie camera on our phones.

Lastly, Google is implementing noise cancellation that can diminish the sound of a dog barking, crowds around you (presumably you’re not around crowds these days), or even your own typing:

Though Meet has a long way to go to catch up to Zoom‘s skyrocketing popularity, Google leveraging its extensive AI chops can give it an edge in the weeks or months of isolation to come.

Read next: Here’s how to enable 2FA to keep your Nintendo Switch safe