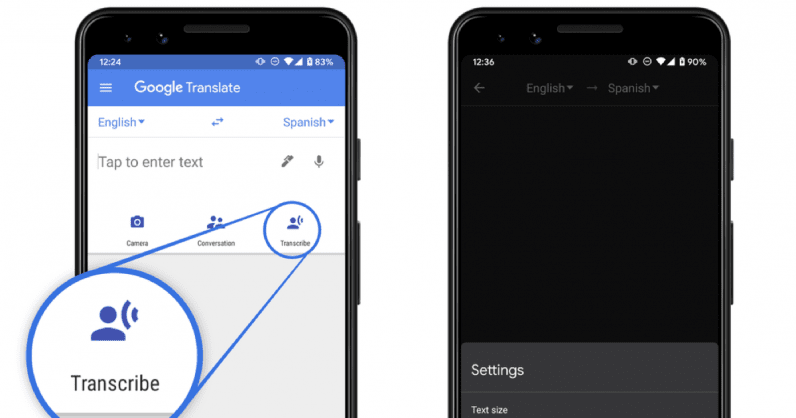 Google Translate is a great tool for travelers and language learners. However, it always had one feature missing — real-time transcription. Now, the company has finally launched transcription in eight languages.

In January, Google previewed the transcription feature at an event, and said it’ll roll out soon. At that time, it was limited to prerecorded messages. However, the newly rolling out feature can transcribe one language to another in real-time.

To enable transcription, you just need to press the Transcribe button in the updated Google Translate app.

Google said that currently, transcription will work ideally only if one person is speaking in a quiet room at a time.

I’ve been personally using Google’s Recorder app on Pixel phones with transcription features, and it’s quite good. So, if Google Translate’s new option has similar underlying technology, you can expect it to be quite good too.

Read next: Social media firms will use more AI to combat coronavirus misinformation, even if it makes more mistakes