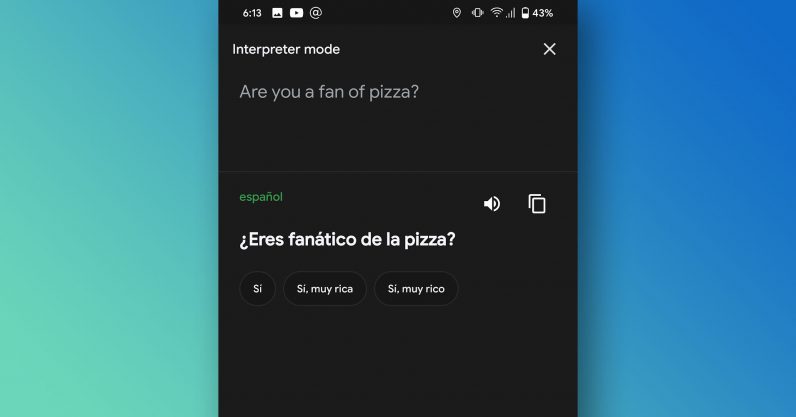 One of the long-standing promises of modern technology has been the ability to translate conversations in real-time. Google is making this a reality with a feature called Interpreter mode. Previously available on Google Home and Nest devices, it will now work on any Android or iOS phone running the Google Assistant. A more useful place for it, if you ask me.

Simply say “Hey Google, help me speak Spanish” or “be my Spanish translator,” and Google will help you out with speedy translations that are both displayed on-screen and read out loud. Google will also provide a few Smart Replies below the translation to help you move along the conversation more quickly. You can also simply use the keyboard if you’re in a quiet environment.

The feature is rolling out today; I was able to try it on my Pixel 4 without a hitch. It works across 44 languages, and is available on both Android and iOS. Google Assistant is built into Android phones and no separate app is required. For iOS, simply download the Google Assistant app to try it out.

Read next: Twitter will stop compressing the hell out of your photos from now on