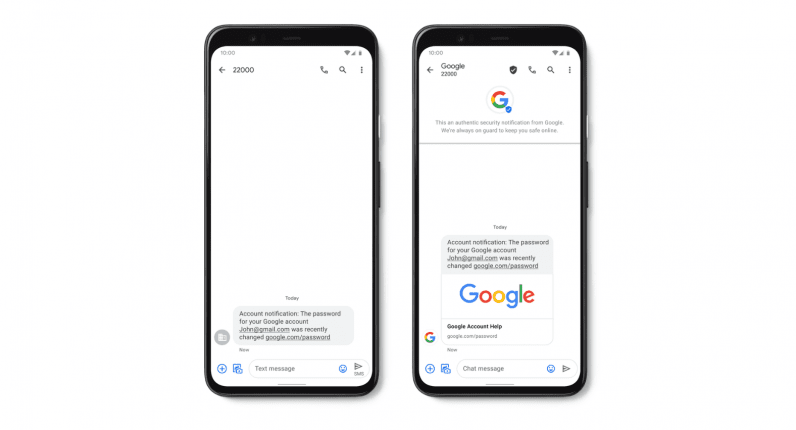 If you so much as own a cellphone, you’ve probably come across some kind of spam asking for personal details or linking you to some shady website. Google is now ramping up its efforts to curb such texts by introducing a Verified SMS feature in Android Messages.

Now when you receive a text from a strange number, Google will verify if it came from a legitimate business. If so, you’ll see the business name and logo in addition to a verification badge in the message thread.

Of course, this doesn’t mean that texts without a badge are illegitimate; Google is just beginning to roll out the feature and not all businesses are in its database yet. Still, the feature should provide some peace of mind next time you get a text asking for a verification code.

It’s part of Google continued efforts to reduce spam. In some countries, Android Messages already alerts you if it suspects a message is spam – now that feature is rolling out broadly in the US. You can always report spam in the app too.

Read next: FTC might put the brakes on Facebook’s plans to merge messaging apps