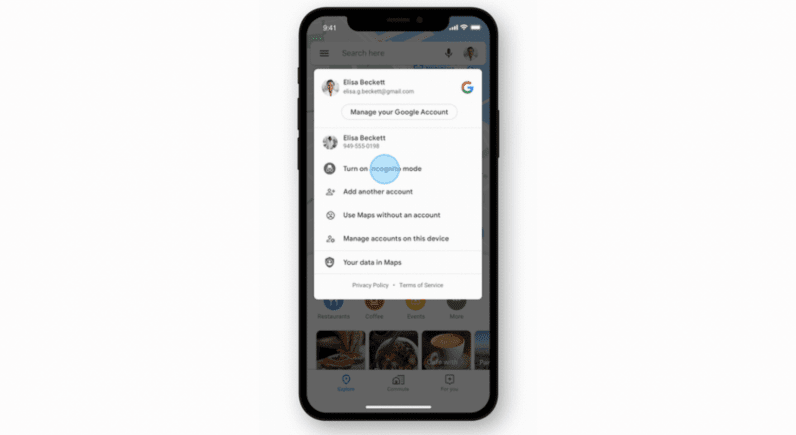 Google normally keeps a record of your rough location, which can be handy if you want to remember a place you’ve visited recently, or get restaurant recommendations, but kind of creepy at other times. The company recently introduced an Incognito Mode in Google Maps to assuage your concerns, but so far it’s been exclusive to Android.

That changes today. The company is rolling out incognito mode for iOS today. It works much the same as it does with Android. Simply open Google Maps, tap on your profile photo, and select ‘Turn on Incognito mode.’ While Incognito mode is on, you won’t receive personalized suggestions or notifications, and your searches and trips won’t be saved to your Google account.

Additionally, starting next month, you’ll be able to delete multiple specific places you’ve visited from your Maps Timeline in bulk, instead of completely deleting your travel history by date range.

Incognito mode is rolling out to Maps on iOS today. To try it out, make sure you’re on the latest version of Maps.

Updates to Incognito mode and your Timeline in Maps on Google

Read next: Nvidia built an AI that creates 3D models from 2D images