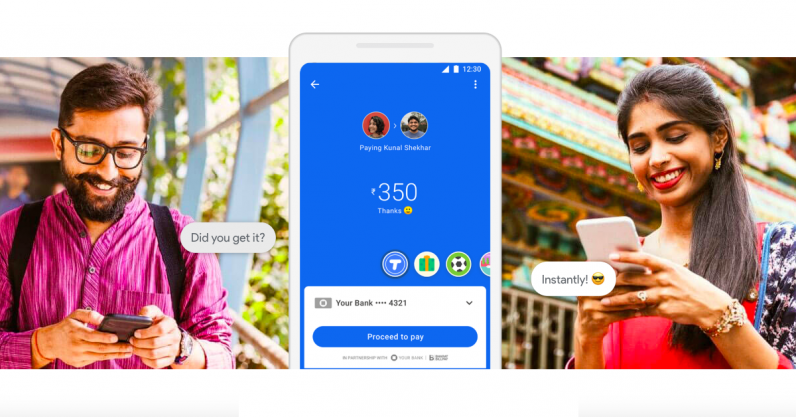 Google is officially embracing the super app strategy popularized by WeChat and Gojek with its Google Pay app in India, turning it into a linchpin for its ecosystem play in the country.

The internet giant is launching a new Spot platform, powered by its popular digital payments service. It allows businesses and merchants to create branded experiences that are accessible to customers through the app. Think tiny online stores that you can browse and order at, right within Google Pay.

The initiative was unveiled at its its annual Google for India event in New Delhi today, as the company revealed new ways to reach more than half a billion internet users in the country.

Spots — as they are called — act as digital storefronts, where “customers can discover, buy and engage directly with a business without having to install an app, create new accounts or share payment details with every business they use.”

By directly integrating merchants within Google Pay and surfacing relevant Spots based on your habits, the company is simplifying discovery for businesses.

“This means that someone’s favourite restaurant Spot might show up around lunchtime, or the cab booking Spot might show up before your morning commute. Users can also easily share a Spot on the Google Pay app or on their favorite messaging app,” Google said.

What’s more, a businesses that has a physical presence can place a “Spot Code” — a combination of custom visual codes (similar to scannable QR codes) and NFC tags — at designated spots, which customers can scan to take them straight to its Spot in Google Pay.

It’s also making the transition smoother for developers by letting them transform their existing websites and progressive web apps (PWAs) into a Spot with few lines of JavaScript code.

Popular services like UrbanClap, Goibibo, MakeMyTrip, RedBus, Eat.Fit, and Oven Story are already on board through its early access program, the company said.

That’s not all. Google is also introducing a Job Spot with two dozen partners, including Swiggy, Zomato, and Dunzo, to enable users discover entry-level jobs through Google Pay app.

Yeah, it’s unorthodox, but in India’s fast-changing mobile-first environment, it might just work.

The development comes as digital payments have evolved quickly into a mainstream option in India, with transactions crossing the 900 million mark for the first time last month, according to newly released data from National Payments Corporation of India (NPCI).

India’s digital payments is also expected to register its fastest growth in the coming years, doubling from $64.8 billion to $135.2 billion between 2019 and 2023, per ASSOCHAM-PWC India study.

Launched in 2017 under the branding Tez (meaning “Fast” in Hindi), Google Pay has since grown to 67 million monthly active users, thus emerging as one of the most popular mobile wallets alongside Amazon Pay, Paytm and Walmart-owned Flipkart’s PhonePe.

That also includes WhatsApp, which has more than 400 million users in India, and is set to support peer-to-peer payments before the year is out. With the competition heating up, Google’s Spot Platform lays a groundwork that should help Pay maintain its lead over its rivals.

Google is not the first company to lump disparate merchants under a single umbrella app. Tencent-owned WeChat has done it before with spectacular success in China, where it’s a “super app,” providing a myriad of services ranging from ride-hailing and food delivery to ecommerce and payments.

Called “mini programs” — essentially lightweight apps that run inside WeChat — they’ve not just obviated the need for standalone apps. They have literally transformed the service from a simple messaging client into an all-in-one platform.

Leading on that front in India is the Alibaba-backed Paytm, which has also expanded its mobile wallet to become a one-stop solution for booking movies, flights, trains, and buying just about anything.

Flipkart’s PhonePe, likewise, has a roster of mini-apps that allows its 150 million users to engage with over 5 million merchant outlets as well as online platforms such as Ola, Myntra, IRCTC, Goibibo, redBus, OYO, and Treebo.

Amazon Pay is no exception either. The payments service — which offers its customers the ability to send and receive money, pay phone bills and cable subscriptions — is expected to benefit from Amazon’s acquisition of Tapzo, an app aggregator that bundles a range of third-party services into a single app.

Taken in that context, Google is probably late to come aboard the super app train. But as they say, better letter than never.

Read next: North Korea's cryptocurrency is most likely bullshit — just like its conference