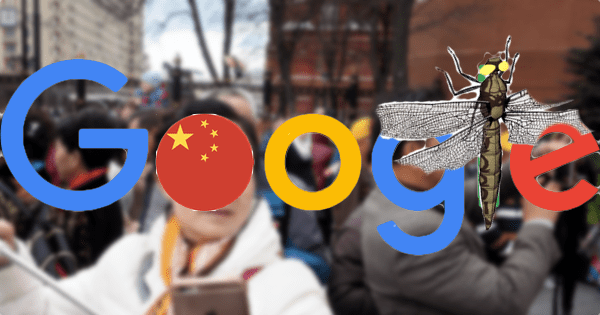 It’s official. Google has ended its quest to re-enter China with a modified search engine. The company‘s VP of public policy, Karan Bhatia, told the US Senate earlier this week that it has abandoned Project Dragonfly.

The search giant has “no current plans” to go to China, he added.

Google’s Bhatia, questioned by Sen. Hawley, says, “We have terminated Project Dragonfly.” Then back to the party line: Google has “no current plans” to go to China. Sounded to me like there is definitively no future for Project Dragonfly, but that would be news to me?

Last August, reports revealed that Google is secretly working on a custom search engine codenamed “Dragonfly,” that’ll fit China’s norm. In October, a report from The Intercept revealed that despite the severe backlash, Google’s going ahead with its plan to launch the project in 2019.

However, in December, it was reported that the company is shelving the project after more than 200 engineers wrote an open letter urging the management to stop its efforts to enter China.

In March, Google’s spokesperson told The Verge that the program’s “team members have moved to new projects.” Bhatia’s admission to the Senate just puts a stamp to all these reports.

Google was banned in China back in 2010, and it looks like it won’t be going back to the country anytime soon.