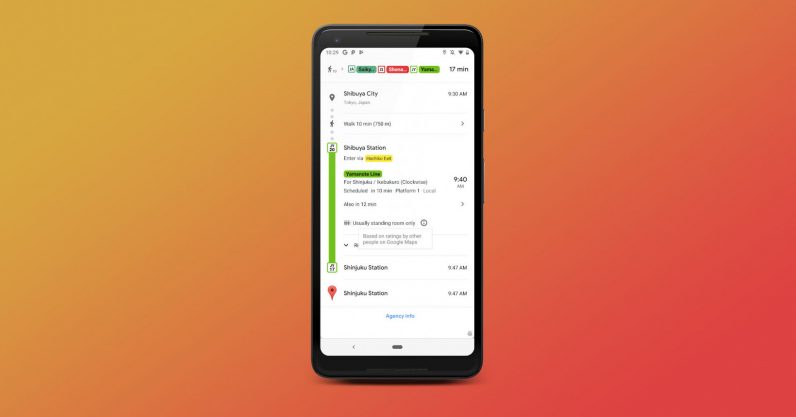 Public transportation is the circulatory system of any urban area, and it’s a better choice for the planet than driving your own vehicle. But let’s face it: no one wants to deal with late buses and crowded subways. Now Google wants to warn you about these hassles.

An update to Google Maps rolling out today brings live traffic updates for buses. While Google provides delay information in some cities already, now it’s leveraging its traffic data to estimate bus arrival times. It will also show you potential delays along the route to your destination as well.

If you’re getting on the subway instead, Google will now include crowdedness prediction so you know what you’ll be dealing with when you step onto the train platform. The updates are in real time, so you’ll know whether you might want to wait a bit for the next train to arrive.

Of course, if you’re someone who regularly needs to take public transportation for work or otherwise, Google telling you “hey, the subway is going to be crowded” probably won’t be much use. Still, at least you’ll be prepared.

The new features are rolling out to iOS and Android devices today. For more data about crowdedness trends in various cities, check out Google‘s blog post here.

Read next: NASA is prepping a 2026 mission to Titan to find the origins of life