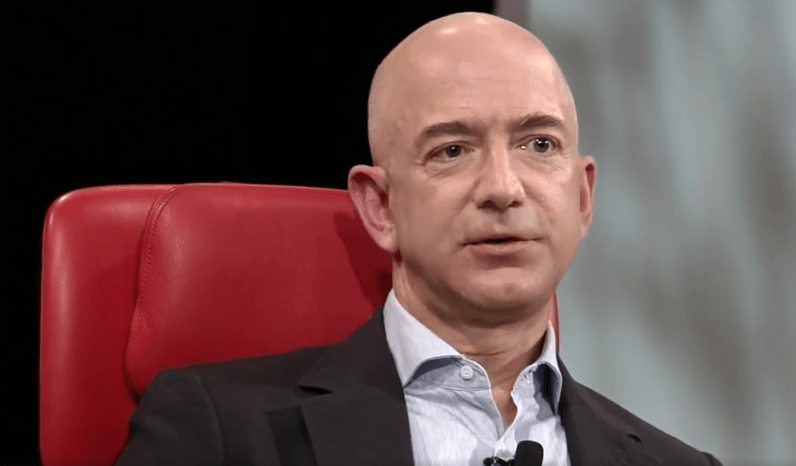 Wired’s big 25th anniversary event (congrats!) culminated Monday in a summit featuring a veritable who’s-who of big tech bosses. And, like everything else in the US this year, it turned out to be heavily-focused on politics.

Amazon CEO Jeff Bezos was there to peddle patriotism. He graciously volunteered his company for future lucrative military contracts, apparently to save the US from less dutiful businesses. According to him, “If big tech companies are going to turn their back on the US Department of Defense, this country is going to be in trouble.”

It seems likely Bezos was referring to Google as the big-tech-back-turner putting US interests on the back burner. The company recently withdrew its bid for the Pentagon’s Project JEDI, citing ethical conflicts. Evidently, not having the proper certifications to bid for the job is an ethics issue for the company.

Google CEO Sundar Pichai, who also spoke at the event, didn’t get caught up in Amazon‘s petty politics however. He had his own to attend to.

Pichai appears, as of late, more concerned with acceptance in China than anything his employees, the media, or the US government has to say. The 46-year-old executive didn’t miss a beat as he talked about his company’s embrace of censorship, as it pertains to Google’s Project Dragonfly: A censored version of Search for China.

He says Google isn’t yet sure whether it’ll ever launch Search in China, claiming Dragonfly is merely an internal test to see what it would look like. But, at the event, he gushed, “It turns out we’ll be able to serve well over 99 percent of the queries … There are many, many areas where we would provide information better than what’s available.”

A report from Wired states Pichai went so far as to say his company’s censored Search engine would help Chinese internet surfers get better information on cancer treatments: “Today people either get fake cancer treatments or they actually get useful information.”

It would seem a safe assumption that China’s oncologists would be in the peak position to give Chinese citizens the best information on cancer treatments. But in Pichai’s defense, it’s incredibly difficult to make an argument in favor of censorship. It’s not surprising that he seemingly tried to play on people’s emotional reaction to the word “cancer” to underpin his company’s descent into communist ethics.

Pichai told the Wired 25 crowd, “We are compelled by our mission [to] provide information to everyone, and [China is] 20 percent of the world’s population.” He also went on to say that his company obeys the law of the land wherever it goes.

I actually think it would be bizarre not to be. I don’t know many creatives who want to talk about what they’re doing when they’re halfway through it. … I think its just in our nature when were working on a difficult problem — and so many of the problems we’re working on now are so complex — it just seems rather odd to be telling everyone what you’re doing.

Ive’s candor is respectable, despite the fact he’s espousing a lack of transparency that paints Apple as a lone wolf – something that might not be admirable considering the global race for AI supremacy unfolding around it.

With Google trying to convince the world it’s building a Chinese government-approved censored Search engine purely as an internal and speculative matter, and Amazon implying it has a patriotic duty to develop technology for the military, it’s become apparent that big tech has wrapped itself in partisan politics and the “alternative facts” that come with it.

Read next: Can we make digital money transfer great again?