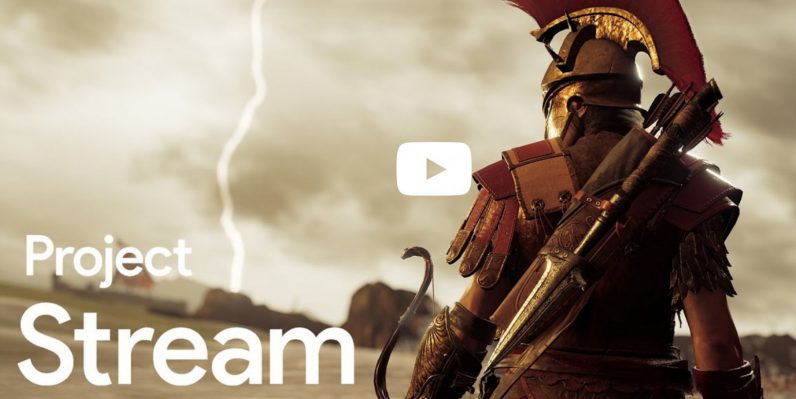 When I think about gaming in a web browser, it’s usually something along the lines of cheesy flash titles like Neopets. But what if you could play the latest AAA titles – say, Assassin’s Creed Odyssey – right within Chrome?

Google is looking to make that a reality. Today the company announced Project Stream, its own take on 3D game streaming platforms like GeForce Now. Google says the project is a “technical test to solve some of the biggest challenges of streaming.”

The company is kicking things off by streaming the aforementioned Assassin’s title. Starting October 5 “a limited number of participants” will get to play Odyssey for free on the platform.

The ultimate challenge for streaming games is minimal, consistent latency. While you can deal with a couple seconds of buffering before watching a high-res video, such latency would be unacceptable in gaming – especially when you consider that your PC and monitor have their own latency as well.

Though there’s only one title available at the moment, it’s still an unusual move by Google, and one that hints the company is just getting started. We’ve long heard rumors Google has been working on a cloud gaming service codenamed “Yeti,” but this is the first concrete hint Google is planning a dive deep into gaming.

While many hardcore gamers will likely never be satisfied with streaming games, it could prove a valuable alternative for gamers who aren’t so lucky about fidelity and latency. Google has a lot of work to catch up to existing companies, but if anyone has a chance at making streaming games big, the company that owns YouTube is a solid contender.

Needless to say, you’ll need fast internet for the whole thing to work; Google recommends 25 megabits per second. Spots are limited, but you can sign up to try Project Stream at Google’s website here.

Read next: Netflix will let Black Mirror fans choose their own ending next season