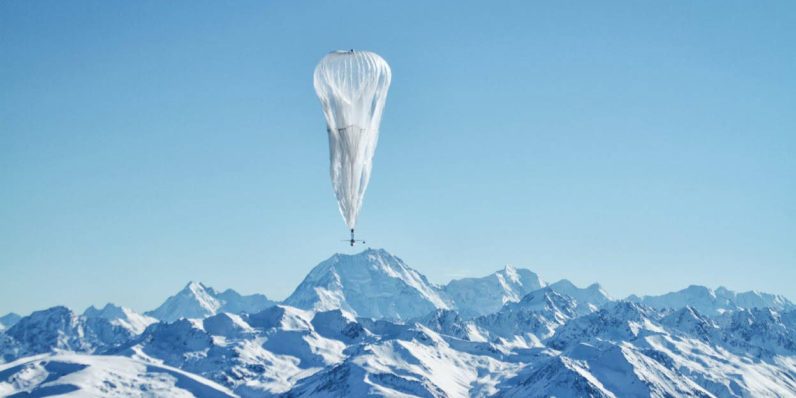 Loon was an ambitious Google X project to establish a network of balloons in the stratosphere to relay internet connectivity to people in remote regions. Meanwhile, Wing saw the use of advanced drones for delivering goods to people on the ground.

Since the Loon project commenced in 2013, their balloons have flown over 30 million km in test flights – with one of the balloons surviving for a record-breaking 198 days in the stratosphere. Once a network of balloons is set up in a particular place, high speed internet is transmitted to the nearest balloon by Loon’s on-ground telecommunications partner.

The network gets relayed across the balloons through Free Space Optical Communications (FSOC), and then down to users on the ground. Project Loon saw the transmission of data between balloons over 100 km apart in the stratosphere, and back down to LTE phones, at speeds of up to 10Mbps. The project has also helped deliver Internet connectivity to people in Puerto Rico, after hurricane Maria, and also to other remote regions of the world.

Wing, meanwhile, has contributed to delivering food and other products to people in the suburbs of Canberra, Australia, delivering defibrillators by air, and even delivering lunch to hungry Virginia Tech students. While pilots currently monitor the delivery drones and are ready to take control of their movements at any moment, the long-term goal for Wing is to completely automate the delivery system in a safe, effective and scalable manner.

The missions for both projects will continue to remain the same even after their upgrades to independent companies.

Loon will continue to work with mobile network operators across the world to provide access to internet to people with limited or no access to terrestrial infrastructure for internet access. Wing will continue to make drones that can provide better logistics for transporting goods. It will also be testing new unmanned-traffic management platforms to safely route their drones through our skies.

Read next: I tested this kid-friendly phone to see if it could protect me from pervs